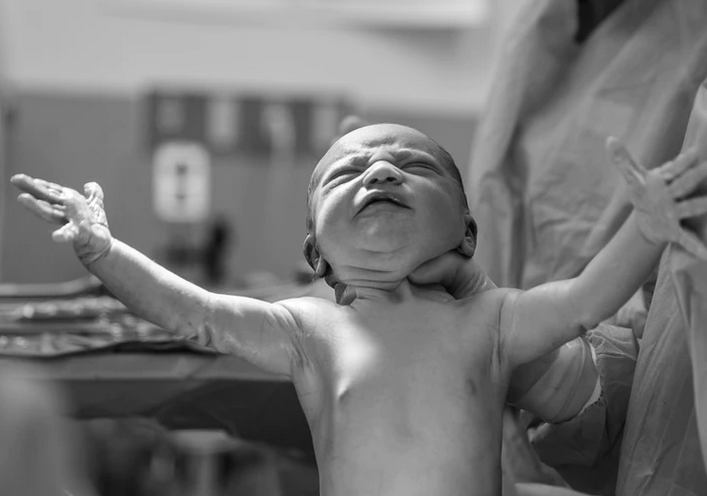 Freedom of Information data from 85 NHS Trusts in Britain has revealed that 1 in 17 women are forced to go to hospital with serious complications following a medically induced abortion.

According to Christian Concern, the data uncovers over 10,000 cases of post-abortive women needing treatment for retained products of conception (RPOC) since the government’s Pills-by-Post service began in March 2020.

The report published this week, by Percuity LTD, provides data, representing 45 million of the UK population, which the Department for Health and Social Care (DHSC) has admitted it does not hold.

It reveals serious flaws in how complications are reported and how taking abortion care out of clinics and allowing women to take both abortion pills at home significantly increases safety risks.

Approaching 127 NHS Trusts across the country, the FOI requests asked how many women presented to hospitals with RPOC after medically induced abortion, and how many of them required surgery between 1 June 2019 to 31 May 2021.

The findings expose that abortion providers and the DHSC are not reporting medical abortion treatment failure as a complication, even though at least 5.9% of women using the abortion pills need hospital treatment because of this failure.

Around half of these, or 3% of the total, require surgical treatment to complete the abortion.

Data also revealed that 2.3% of women having an induced medical abortion are subsequently treated at an NHS hospital for haemorrhage.

This data is consistent with warnings from abortion pill manufacturers themselves and equates to 1 in 17 women requiring hospital care following abortion.

Abortion centres, however, do not warn women of this significant risk of requiring hospitalisation. Instead, vulnerable pregnant women are left, without proper medical supervision, access to crucial ultrasound scans or after care support, to traumatically cope on their own until they are forced to turn to the NHS for help.

This has led to a surge in women who have had home abortions having to call 999 for urgent assistance.

Abortion providers, however, have insisted that the service is safe, that complications are rare, and that DIY home abortion is ‘one of the few success stories of the pandemic.’

The ‘temporary’ service was introduced by Matt Hancock in March 2020, following a controversial double U-turn.

Since then, more than 200,000 pregnant women across England and Wales have self-managed their medical abortion at home.

Concerningly, following a series of questions raised in parliament on the safety of home abortions, the government has admitted that it does not hold data on these complications centrally.

Instead, it relies upon data, not from the NHS, but from abortion providers who benefit financially from the telemedicine service.

In June 2021, then health minister, Helen Whately, in response to questions on whether Pills-by-Post is safe, said: “Abortion complications data is collected via the HSA4 abortion notification form. However, it is recognised that the data is limited as not all complications will be known to the practitioner at the time the form is submitted.”

Currently, abortion providers sign the HSA4 form when sending pregnant women abortion pills in the post. This essentially discharges women from their care and means that no complications post-abortion can be reported as provider guidance tells women that they should go to A&E if they experience complications.

These cases are therefore passed to the NHS and cannot be reported to the Care Quality Commission or the government by abortion providers.

As a result, it is believed that less than 1-in-5 complications are being reported.

This has left the government essentially blind to the extent of the complications experienced by women and consistently unable to provide accurate guidance on safety.

The Care for Women coalition, formed in response to the service, has urged the DHSC to carry out a full examination of how complication data is gathered and to end the dangerous service urgently.

Helen Whately added in her response to parliament in June 2021 a promise that the government would complete by the end of this year work to: “Improve the flow of data on abortion complications between different organisations, such as independent and National Health Service abortion providers and wider NHS health and care services.”

In February 2021, the government finished consulting on whether to make the DIY home abortion service permanent but is yet to publish its findings.

Kevin Duffy, an independent consultant, who led the FOI investigation, said: “This data reveals the disturbing truth of abortion care during the pandemic that has not been reported to the government by providers.

“This investigation exposes the reality of what thousands of women experiencing crisis pregnancies have been through during the pandemic. It demonstrates clearly what needs to change and why the government must not make DIY home abortion telemedicine permanent. The time to end it is now well overdue.”

Andrea Williams, chief executive of Christian Concern, said: “A failure rate of 1 in 17 women needing to go to hospital due to DIY home abortion is unacceptable. Imagine the scrutiny other medical treatments and services would face if they were sent through the post and had such a high failure rate of women ending up in A&E.

“There is a serious issue with how the DHSC gathers complication data and therefore how it draws conclusions to shape policy on this issue. Such powerful drugs are not usually approved for use in the home with anything like such a high risk of requiring hospital treatment. Abortion pills should be no exception.

“For the sake of women’s safety and long term physical and mental health, the Government should stop the approval of pills-by-post abortion which was intended as an emergency measure in any case. It is not fair on women to be left to self-manage abortions at home with a significant risk of failures requiring hospital treatment, and often surgery. Parliament must act to protect thousands of women from harm.”