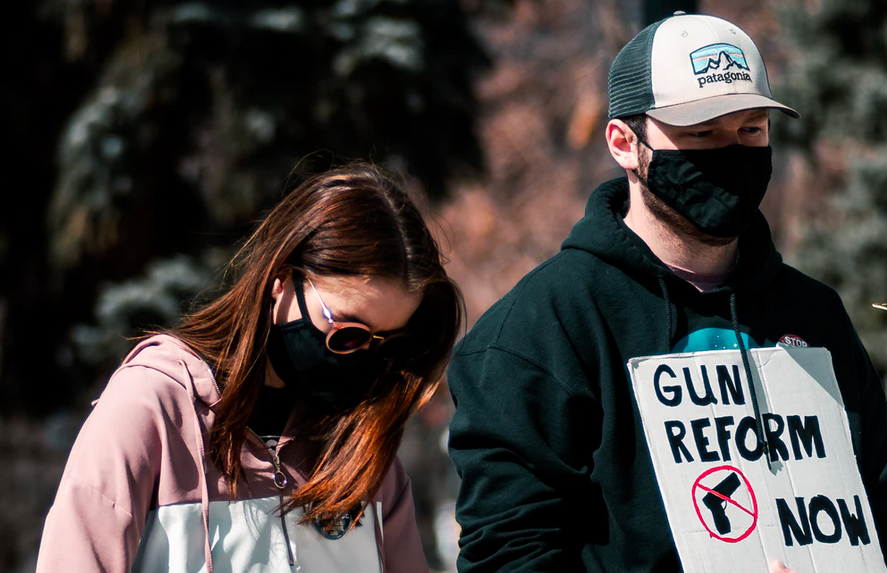 We had guns in the house and regularly visited family and friends who did as well.

They were kept safely and used safely.

I moved to Australia when I was a teen and couldn’t understand the fascination that others had for our gun policy.

It’s just the way it was.

Wasn’t an issue for us.

I understood living out in a rural area in Georgia that it would take any emergency services or police at least 40 minutes to get to our property.

If someone broke in, we were on our own.

Except for the guns.

It was a safety thing.

I didn’t really argue the point. I let people have their opinions.

Then I moved to the UK.

Again, guns weren’t a big issue for them.

I received lots of questions about guns and Americans and our right to bear arms.

I have been very quiet on this issue but I can honestly say my perspective has evolved: not due to my environment as much as my experience.

My experience says: that gun shootings are avoidable.

My experience says: that access to mental health services is part of the issue.

My experience says: that when a politician is motivated to make a change, it can happen quickly.

I have lived in 3 countries in 36 years.

Only one country keeps having mass shootings.

Seeing these stories used to break my heart.

Now, as a mother of a 3-year-old it makes me angry.

We need to have a conversation.

But a real conversation.

Because the right to bear arms should not exclude children and teachers from feeling safe at school.

And my experience shows me there is another way to live.

I don’t live in fear of shootings.

Taking my son to school today my only stress was finding a 15-minute-park.

We call Australia the “lucky” country; I’m starting to think it’s the wise one too.

After a mass shooting in 1996 that killed 35 people in Tasmania, the then Prime Minister took swift action: with what is known as the gun buyback program.

I don’t have the answers.

And I’m not here to condemn my gun toting friends, who I love and respect and know they do the right thing when it comes to their own collection.

I’m here to say: can we please talk about this?

Not argue or debate, but actually talk about a real solution?

Because I feel like the price of freedom has been paid in my beloved country already; must we keep paying it again with the lives of innocent children and people?

Prayers are important, but they aren’t enough.

We have already prayed.

I don’t know about you, but I’m tired of just praying.

Rachel Reva is a publicity strategist, published author of ‘Grit, Grace and Hustle: A faith gal’s guide to authentic success’ and founder of the coaching and consulting company Life On Her Terms  Media. You can hear Rachel’s coaching inspiration series Coffee and Faith every Tuesday on Rhema 99.7FM.