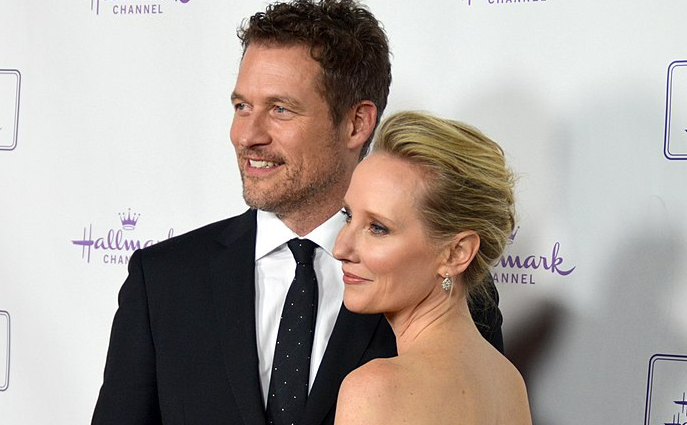 But the untold story involves Anne’s Christian mother, Dr. Nancy Heche, and the sad drama of their life story that has unfolded.

It’s a mother’s cry for her prodigal daughter.

It all started years ago when Dr. Nancy Heche’s daughter, Anne Heche, called to say that she was having a lesbian relationship with comedian Ellen DeGeneres. Nancy Heche was heartbroken, confused and in despair.

Here are 5 things you should know about Nancy’s heartbreak and what she learned as the world was shaken by Anne’s death:

#1: Anne Heche was raised as a Christian

Anne was born in an active Christian family. But the family was deeply broken because the father, Donald, lived a double life as a homosexual.

This shocking secret was discovered when he got AIDS and died at the age of 45, when Anne was only 14 years old.

Dr. Nancy Heche is a Christian therapist, author, and speaker. She has close connections with Focus On the Family and James Dobson.

Dr. Heche’s focus has been on parents of homosexuals, and how they should Biblically respond and minister deliverance for overcoming homosexuality by the power of the Holy Spirit and faith in Jesus Christ.

She has been a speaker for Parents of Friends of Ex-Gays and Gays (PFOX), and other groups, and has interviewed on Fox News and the Christian Broadcasting Network multiple times.

Dr. Heche is also an accomplished author, penning the book : The Truth Comes Out (Regal 2006) and co-authoring The Complete Guide to Understanding Homosexuality: A Biblical and Compassionate Response to Same Sex Attraction, edited by one of my favorite authors, Joe Dallas.

#2: The Mom’s Message to Anne and all the LGBTQ Community

Nancy has been delivering nationally a powerful message for both parents and those in the gay lifestyle.

For parents, it’s one of hope and direction. Watch below.

For those living the LGBTQ lifestyle, it’s one of deliverance of sin and bondage through and by the power of God.

#3: The Message for Parents: The Prodigal Son and The Overlooked But Powerful Truth

Christian parents of gays are heartbroken, confused and in despair.

The Bible is filled with prodigals… Sometimes there is restoration. Sometimes destruction.

“All this is from God, who reconciled us to himself through Christ and gave us the ministry of reconciliation: 19 that God was reconciling the world to himself in Christ, not counting people’s sins against them. And he has committed to us the message of reconciliation.”

It’s the story of a merciful, tenderhearted, all forgiving Father. A Father that proactively equips and prepares you to be a faithful minister of reconciliation and an example of the love of Jesus.

It stays true to the biblical truth that the LGBTQ lifestyle is a lifestyle full of sin. But it’s the love of Jesus that forgives our sins, not an acceptance of sin.

#4: The Message for Those Trapped in Homosexuality: God Will Give You Victory to Overcome Your Chains of Sin and Sexual Addiction

Her message is, too often we get in the way of redemption, because we do not show and reflect the love of Christ.

Our Father is all knowing. All giving. All forgiving.

It’s an understanding that it’s God who is in control. We have to be his faithful ambassadors in Christ.

The greatest hurt and fear of any parent is the child’s eternal destination — Heaven or hell.

That’s why Nancy’s message is so powerful. We can’t change anyone. Only God can. But we can be a person of prayer, and an example of Christian love and a source for hope.

Anne’s message for those trapped by sexual sin is that God is greater.

That’s when true repentance takes place — The power of sin, any sin, is broken.

Everything changes. The past is forgiven. The present changes by the power of The Holy Spirit. The future extends in the presence of Our Savior for eternity.

By the Spirit working in one redeemed by the blood of the lamb, there is change in behavior and perspective.

That’s why prayer is so important… It’s supernatural, not natural.

There are many resources available to parents struggling with these issues.

The Gay Gospel? How Pro-Gay Advocates Misread the Bible

Love Into Light: The Gospel, the Homosexual, and the Church

What Does the Bible Say About Homosexuality?

How to Talk To Your Children About Homosexuality

Someone I Love is Gay

Reliable Resources for Teaching Children About Marriage, Sexuality and Homosexuality

Homosexuality, Theology and the Church

Craig Huey is author and publisher of The Huey Report and a frequent guest on TV including Fox and radio stations such as KKLA, KWVE and KBRT. His new book, The Deep State, is available now.