As Christians, Kindness Should Be Part of Our Stories 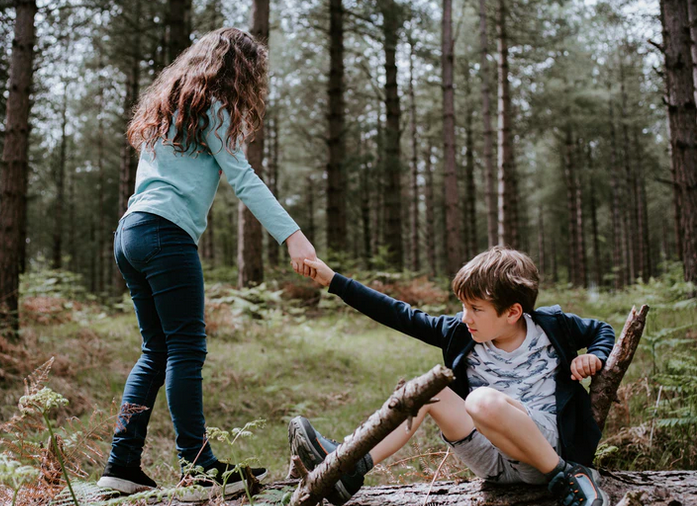 Tears streamed down my cheeks as I watched a major news program end its broadcast on a positive note. After all the negative news, this major network tries each day to find something uplifting to share with their audience. Acts of kindness and charity are always a part of each segment.

That day’s encouraging video was about a high school basketball team manager at Lake Hamilton High School in Pearcy, Arkansas. Andy Tollison, a special needs student, helps run the clock, folds towels in the locker room, fills water bottles, and revs up the team before each game.

On the day of the team’s final game of the year, the coach invited Andy to participate, along with the rest of the seniors who were starting that night. Andy was surprised when the coach announced he would be playing and was given jersey number 10. Andy, as you can imagine, smiled as his teammates clapped and cheered. That, however, wasn’t the end of the story.

What Our Stories Reveal

Andy’s teammates treated him as a fellow player on the court. They gave him the ball, but he missed the first time. However, that didn’t deter his peers from letting him try again. On his second try, Andy scored a three-pointer for his team.

However, it was the kindness of the opposing team that was not only stunning but heart-warming. In a world where there is so much ugliness, one of the losing team players handed the ball to Andy. Not once, but twice. And Andy scored two more three-pointers.

By this time, even the fans from the opposing team were cheering for him. When the final buzzer sounded, players from both teams ran onto the court to surround and celebrate with Andy.  His coach said, “Andy is an inspiration to us all. He’s taught us that if you put your mind to something, anything is possible.”

Does it seem in an often unkind world that showing kindness to others doesn’t appear to be the norm?  Do we search for the negative in a world filled with negativity so we can find something to complain about? I’m no longer sure. However, I do know that as Christians, we are called to show kindness to everyone, including our enemies.

In Matthew 5:43-45, Jesus tells His followers, “You have heard that it was said, ‘Love your friends, hate your enemies.’ But now I tell you: love your enemies and pray for those who persecute you, so that you may become the children of your Father in heaven” (GNT).

Love your neighbors? Being kind to those who hurt us isn’t easy. But with God’s help, anything is possible. His Son, Jesus Christ set the example for us to follow.

Scottish evangelist Henry Drummond once said, “I shall pass through this world but once. Any good thing therefore that I can do, or any kindness that I can show to any human being, let me do it now. Let me not defer it or neglect it, for I shall not pass this way again.”

Passing through this world, we are called to represent Christ. I know people who’ve turned away from the church and religion because of the unkindness demonstrated by some Christians. I’ve heard them say things like, “Why should I go to church. It’s full of hypocrites?”

Frederick William Faber, a noted English hymn writer, and theologian had this to say about kindness. “Kindness has converted more sinners than zeal, eloquence, or learning.” When we follow the example of Christ, our stories should be filled with kind words and kind actions. That’s how we demonstrate we are followers of Jesus Christ.