As Churches are Closed, Waves of Revival Hit California Beach 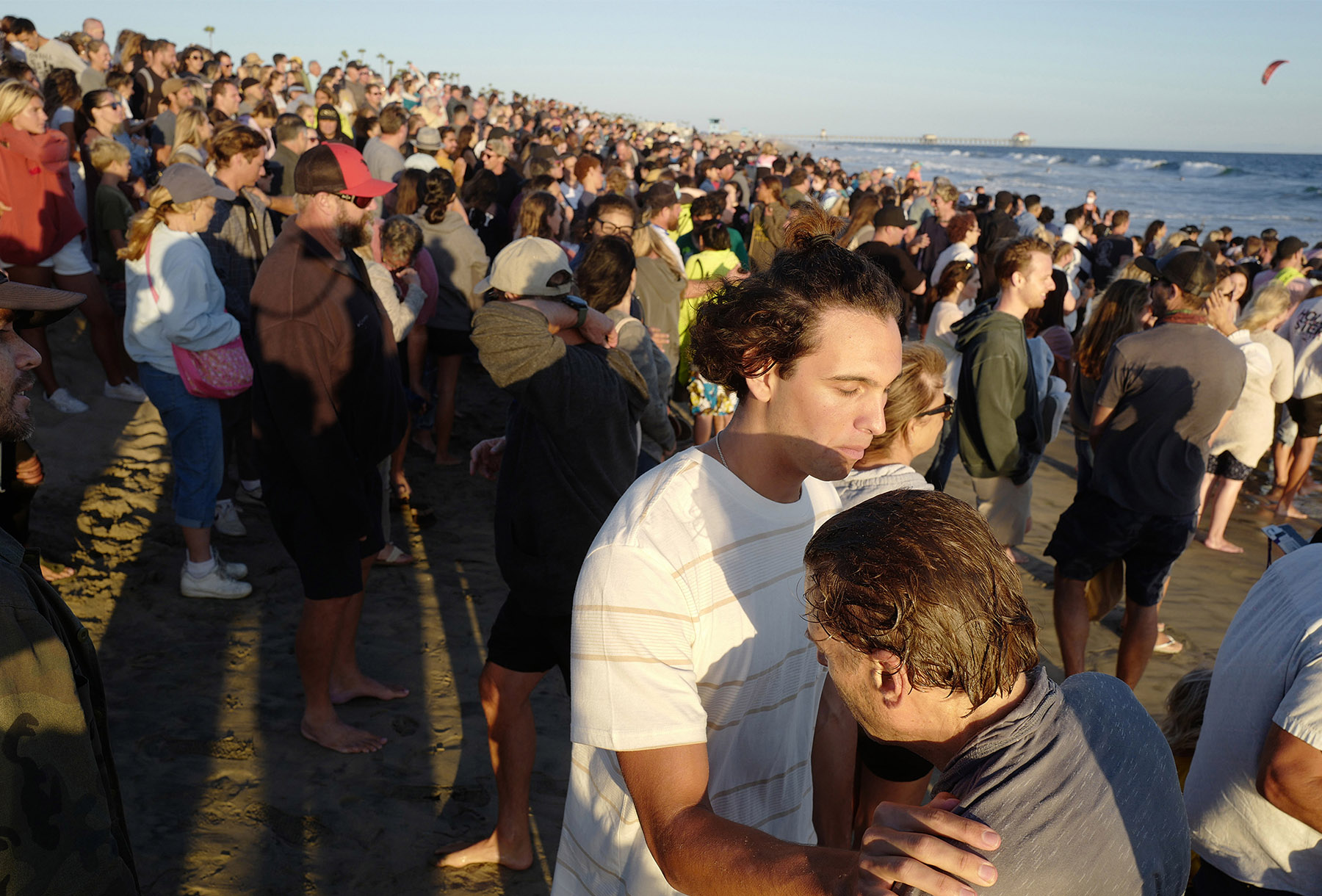 The vision God gave Salt Church pastors Parker and Jessi Green four years ago to see a harvest of thousands of souls along Huntington Beach Pier in California finally became a reality this month.

On July 3 the couple launched a series of outreach events at Lifeguard Tower 20 on Huntington Beach called Saturate OC which has resulted in mass gatherings and countless salvations, baptisms and healings. Jessi Green told the Global News Alliance while they’ve received some criticism from some local churches for gathering like this during Covid-19 the many testimonies they’ve encountered have made it all worthwhile.

“There’s one little girl, the second week of Saturate that decided to be baptized and was totally afraid to go into the water and felt like she needs to go in or else she would never do it and ended up being baptized. And her mum texted me that she’s been worshiping God in her room, crying out, praying for the lost and she’s six years old.

"Jesus is the only one that can take death and turn it into life… We need a glorious church that's ready to rise up and say let me tell you about the hope I have in Christ Jesus!" – @jessi.green #saturateoc

“People’s backs have been healed, fingers being healed, people being set free of shame and depression and anxiety. There’s a homeless woman that I met on the street and she on Tuesday heard the Gospel, on Friday got baptized and on Sunday was in a home church being discipled. And she’s telling me in one week her entire life changed.”

Green concluded by sharing what the future holds for this beach revival.

1 Corinthians 11:26 “For as often as you eat this bread and drink the cup, you proclaim the Lord’s death until he comes.” #saturateoc

“We’re just taking this one step at a time. Right now we’re praying about if we take it to other cities, what local church partnerships looks like in those local cities. We’re getting a lot of requests to those places. But we’re really want to make sure anything we do is what God’s wanting not just what we think would be a good idea. So really just right now we’re in a position of seeking God on the next steps. So the thing I can tell you for certain is we’re going to keep going until August 7 and then after that we really don’t know.”