As ‘Unpregnant’ Encourages Abortions for Minors, petition is launched

A new show on HBO has been criticized by a Christian group, who has launched a petition to see it removed.

HBO Max has released an abortion comedy titled ‘Unpregnant’, which started streaming September 10. The show is centered one teenager’s pursuit of an abortion without parental consent into a fun cross-country road trip. 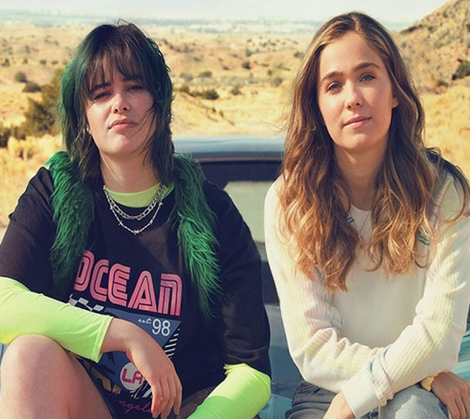 Seventeen-year-old Veronica finds out she’s pregnant despite using condoms. She can’t turn to her parents who are Catholic and referred to as Jesus Freaks, nor can she turn to her boyfriend who is trying to sabotage her out-of-state college plans. The only person Veronica can turn to who won’t judge her is her former best friend Bailey. Despite their friendship problems, Bailey agrees to help Veronica and together they take a road trip from Missouri to New Mexico, the nearest abortion clinic that does not require parental consent.

Veronica’s Ivy League college plans are the reason she is choosing to end the life of her unborn baby at an abortion facility over 900 miles away. Along the way they run into drama: They find out they are driving a stolen vehicle; they run into pro-life activists, and they stop at a carnival and enjoy rides that are unsafe during pregnancy.

“HBO Max is sending a dangerous message in the film ‘Unpregnant,’” said One Million Moms, the group behind the petition. “There is nothing funny or entertaining about ending a life. Encouraging and mocking abortion is wrong and tragic. Abortion leaves a trail of destruction that follows the death of an unborn child; it also leaves the mother in despair and with regret for the rest of her life. “Shame on HBO for persuading minors to get abortions at facilities that do not require parental consent. I vow to never watch ‘Unpregnant’ and will urge my friends and family not to watch it either.”

The movie is based on a young adult novel by the same name written by Jenni Hendriks. The director of the film Unpregnant, Rachel Lee Goldenberg stated:

“I want there to be less shame and stigma around the topic of abortion. I want to educate people on the problematic existing laws and also demystify the abortion procedure. I’m not sure if one movie can do everything I want it to do, but it’s not going to stop us from trying.”

On Million Moms states that, “HBO is making a mockery of a tragic life-or-death situation and calling it entertainment. A majority of our supporters likely do not subscribe to this premium channel because of its risqué and inappropriate content. But with so much available on demand, a warning needed to be sent concerning the plot of this PG-13 rated film. We also want HBO to hear our voices on this matter.”