Baroness Caroline Cox and her close encounter with Islamic death 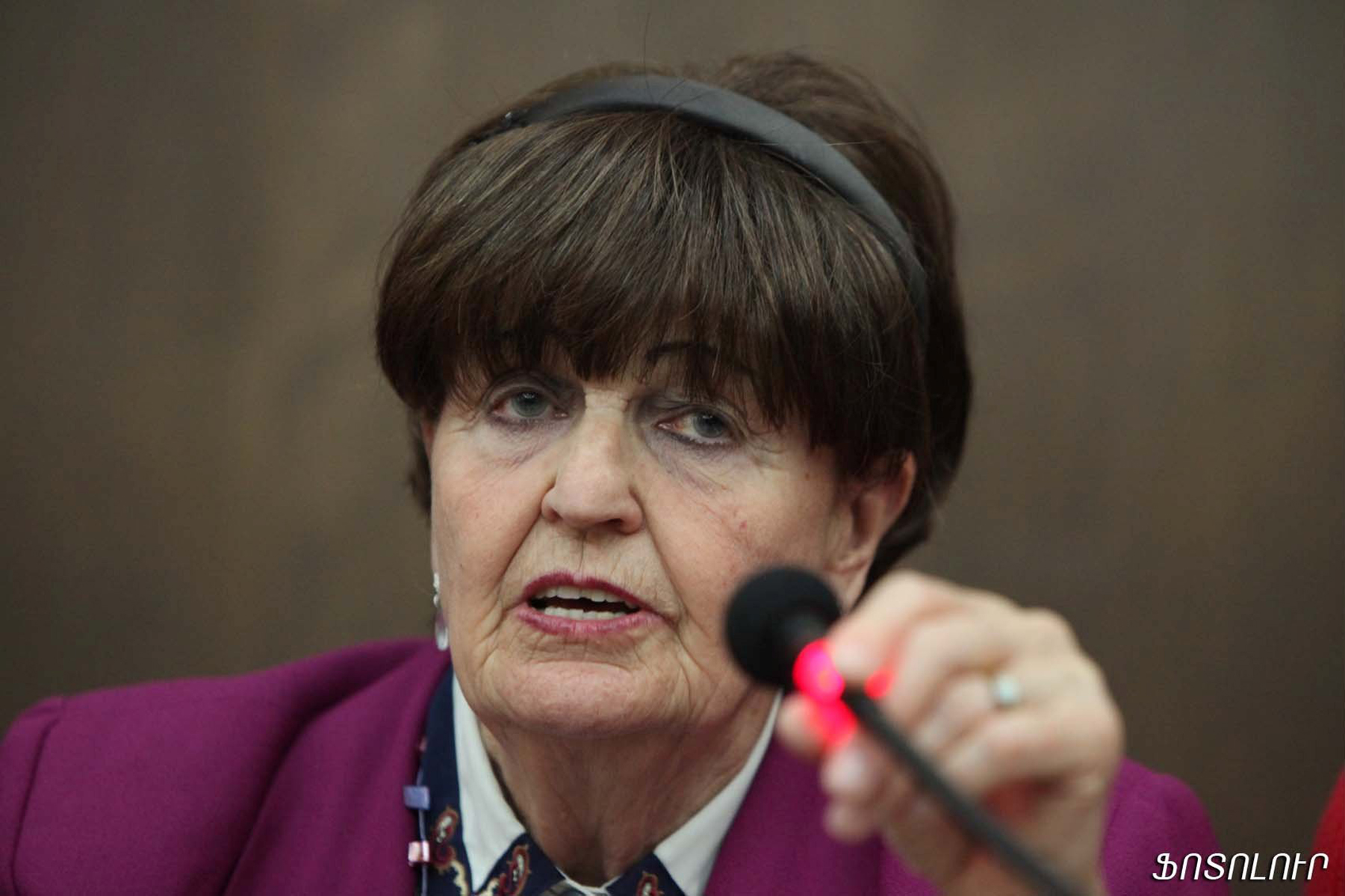 Baroness Caroline Cox, a respected Christian member of the British House of Lords, and an important voice in Parliament for religious freedom throughout the world, narrowly avoided death by armed Islamist Fulani herdsmen on Monday, November 14th.

She, Bishop Stewart Ruch III, and her team, were visiting Jos Plateau State where the Islamist Fulani cattle herdsmen have become as great a threat as the infamous terror group Boko Haram.

Now, in an exclusive interview with Baroness Cox in the House of Lords that she gave to my son, Peter Wooding, for the newly-formed Global News Alliance (GNA), founded by veteran broadcaster Stan Jeter, and which will have its formal launch on March 2, 2017, at the NRB Convention in Orlando, Florida, she vividly described what occurred in that near-death experience.

“We visit Nigeria at least once a year because there is a situation that needs to be understood and spoken about,” she began, as Peter filmed her. “Nigeria is divided, but in the north, there are 12 Sharia [Islamic Law] states operating under that law, where Christians have suffered severe discrimination for many years. Thousands of Christians have been killed and hundreds of churches burned up in the northern states.

“But more recently in Jos in Plateau state, which is coming into more central Nigeria, there’s a new development and that is very worrying. It is that is that there’s been a tradition of nomadic herdsmen who have huge herds of cattle. These Fulani herdsmen throughout history have driven their herds of cattle across people’s lands and it’s always caused some tension … but usually it’s been resolved fairly amicably. But, more recently, they’ve adopted a much more militant and Islamist approach, and they’ve been attacking Christian villages, killing Christians, driving them off their land, razing their villages to the ground so they have nothing to come back to, and then occupying that area.

“And so, we went to four of those villages to see the evidence. We saw one village completely flattened and were told that when the Fulani attacked the village last year, they killed quite a few people including the pastor. They rounded him up and slaughtered him as they shouted the traditional Islamist cry of ‘Allah Akbar [‘God is [the] greatest’], and very few Christians remain there now and most have left so that the Fulani [and their cattle] are everywhere. So, this is a new development, and it’s a very serious one because it is the forced displacement of Christian communities and very hard, even impossible, for them to return to their own lands.”

Peter then asked her to explain what had happened as she and her team left the village and Baroness Cox said, “While we were in the destroyed village, we could see the Fulani cattle and children looking after them. It was then that our guide realized that the children had probably gone back to tell their adults that we were there and they mobilized and then our very good guide realized what was happening and said we had better move pretty quickly — and we did. We gathered that just 30 minutes after we left, they did gather and they were ready to ambush us, but we did get away in time. My main worry was whether they took it out on the remaining villagers there. But I’m very happy to say they didn’t, and nobody was injured. But I think they were looking for us as westerners and, if we’d still been there, I might not be here today.”

When asked by Peter how she felt about coming that close to being murdered, Baroness Cox replied, “Well, I think one obviously thanks God that we’re still here even more. I also sincerely thank God that the local people didn’t suffer, because one’s always worried if you’re in this kind of frontline situation that, because you’ve been there, local people will suffer retaliation. So, we always ask local people if they want us to go as it’s very important. And whenever we do they say. ‘We want you to come. We want you to tell the truth and we want you to tell the world what is happening to us.’ They often added, ‘Not much worse can happen to us than that which has already happened.’ So, we come back to safety, always have done so far, but they continue to live there. They live in that danger constantly on those frontlines of faith and freedom; and it’s a privilege to be with them. They are the real heroes and heroines of faith.”

Peter Wooding then asked Baroness Cox if this close call had affected her determination to highlight the plight of people like these even more, and keep going back to places like this, or has it shaken her up a bit?

“I have had the privilege of doing this kind of work now for many years,” she said. “I remember visiting a village in Armenia, which suffered a horrendous war in the early 1990s, when Azerbaijan decided it wanted the Christians of ancient Armenia that Stalin had put inside Azerbaijan in his divide-and-rule tactics, that provoked a high intensity conflict in the early 90s that raged in this little land. I was told that I was nearly killed 22 times there. So, it’s not a new experience for me.

Peter then asked this courageous woman, who spends her time between the palatial House of Lords and some of the most dangerous war-zones of the world, what was her observation of how the Church was coping with all of this violence, and how can we be standing with the church there?

“I have such profound admiration for our Christian brothers and sisters in these places,” she said. “The churches are resilient when they worship, and they worship in more joy than many a comfortable church in the West. And particularly in the Boko Haram territory in Nigeria which hasn’t hit the headlines as much as it should. There’ve been many attacks on churches during church services when suicide bombers have actually driven into a church and killed many people. We had a suicide bomber hit a Coptic church in Cairo recently, and then detonated their bomb inside a church while a church service was going on killed many of the worshippers there.

“That’s happened quite a lot in Northern Nigeria where many churches are burned and ruined. But one of the most humbling things is that they’ll still worship in their ruined churches; and they’ll worship with joy. Their faith is so resilient, and their joy makes one feel it must be true in the Bible when it says that God is a ‘very present help in trouble.’

“They are living in danger all of the time. There’s one Roman Catholic church in Jos called Saint Finbarr’s, and what happened there is… all the churches now are surrounded by barricades to try to stop the suicide bombers’ cars getting through and on a Sunday morning when people were going into morning service there were four lads — teenagers — on duty at the entrance through the barricade and the suicide bomber came up and sadly he detonated his car bomb by these boys so they were blown to smithereens.

“The force of the explosion was so great it catapulted the car over the barricade into the church and quite a few people were killed or injured there going into church. The church wasn’t damaged too badly and that evening, they were back worshiping again. The resilience of our brothers and sisters is very, very humbling.”

Her visit to war-torn Aleppo

Peter then moved onto the plight of the people of Aleppo, where Syrian army is pounding what is left of the city to take it back from various groups, and asked Baroness Cox about her most recent visit there.

“I had the privilege of visiting Syria in September on a pastoral visit with a group of people which included [Pakistan-born] Bishop Michael Nazir-Ali [who was the 106th Bishop of Rochester, for 15 years, until September 2, 2009], and another member of the House of Lords, Lord Hilton [also known as Baron Hilton of Upton]. There were seven of us altogether. We went at the invitation of the faith leaders the Syriac Patriarch in Damascus and also the various different religious communities up in Aleppo. We visited Damascus and Aleppo and also a predominantly Christian town called which had been attacked by ISIS, where people had been slaughtered if they refused to convert to Islam.

“We met a lot of people who had fled from ISIS and other Islamist groups and were living as displaced people. But the thing I would like most to emphasize is that the people there are really worried about British foreign policy. We met the faith leaders within Damascus and Aleppo and civil society groups as well as the Doctor’s Society in Aleppo.

“We met the Muslim leadership and the displaced people. So, we spoke with a broad spectrum of the Syrian people and they are terrified of Western foreign policy which is committed to what they call “regime change” — getting rid of the present regime. And people say, ‘We don’t want that. There is no moderate armed opposition left. If you get rid of the present regime — Assad is no angel — but he’s doing some good things and if you depose him, you just wreck any kind of leadership the situation will deteriorate into another Iraq, another Libya and another ISIS or Al-Qaeda-dominated scenario, and the people do not want it. They said, ‘Please will you ask western governments to stop talking about ‘regime change’ and allow us — the Syrian people — to choose our own future.

“The bombs are falling all the time on Western Aleppo we don’t hear that covered; and it’s a very dangerous and I think a very unfortunate asymmetry in the coverage of that war because it creates a very false impression and the people of Western Aleppo who are suffering so much we don’t hear about their suffering. And you don’t hear about the fact that the so-called rebels in East Aleppo have been carrying out atrocities they’ve been using cluster bombs they’ve been using chemical weapons.

“Wherever we went all over the place were gas canisters that the so-called rebels the Islamist rebels filled with nails and shrapnel and gas and used as cluster bombs and chemical weapons. That’s not covered and it’s very dangerous to misrepresent a very complex and a very dangerous situation.”

Peter concluded by asking her what people in the West can be doing regarding what is going on in Aleppo and other places where Christians are suffering.

She said, “Pray! But, obviously, prayer without deeds is dead. Also, love people that it’s possible to help. I’ve already provided some support for the people there, precisely The Armenian Protestant church in Aleppo won’t only help their own community, they will help anyone in need. There are people there in desperate need. And we just had a bulletin in from our friends there in western Aleppo saying that’s it’s the first time they’ve had running water in a couple of years. They’ve gone without the basics and there’s been a huge amount of killing and destruction of buildings and schools targeting of schools in western Aleppo by those rebels.

“They need a lot of help — financial help certainly, and also for us to speak the truth so that they are not made victims of an inappropriate Western policy.”

This article first appeared on My Christian Daily.