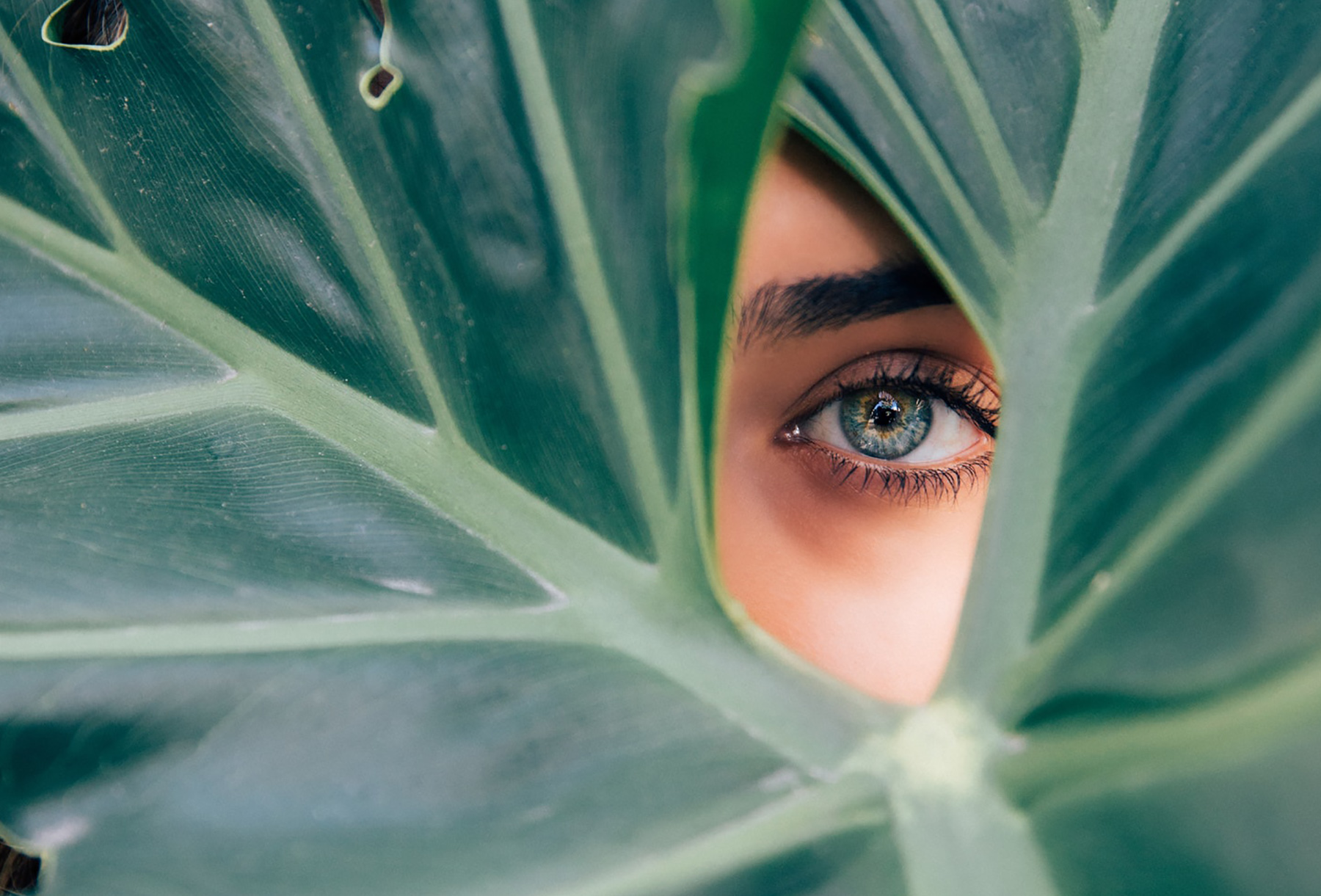 As I watched a butterfly flapping its wings, gracefully gliding through a maze of fresh flowers the other day, I thought to myself … Beautiful! Was there ever a creature so exquisite, so full of life and color, so free as it bounced up and down with the wind in glee. It was hard to believe this beauty had emerged from a creepy crawly creature called the caterpillar.

Now there are many things to describe a caterpillar but beautiful is certainly not one of them. No! This creature doesn’t start out comely; it is sluggish and takes almost forever to get going. It drags its many awkward feet slowly; uninspired by the events surrounding it, feasting on a buffet of green leaves, and content to eat its life away… awaiting death so that it can truly live. For to be beautiful, this creature would have to die.

Talk about a huge price to pay for beauty! I can only imagine the caterpillar thinking to itself – ‘Well! I certainly didn’t bargain for this; why do I have to die to become beautified?’ But the caterpillar already knows the answer to this question, just as many other caterpillars who have gone before it – there was no other way. The path of this multiple-legged larva had already been decided and in this journey to beautification, dying would take center stage; for it is in the death and destruction of its flesh that beauty emerges.

And so the caterpillar chooses to die. Hanging on a tree, it spins itself into a tomb-like cocoon, its lifeless body on display for all to see; days pass and no sign of beauty, but eventually a new improved caterpillar comes forth; out of the ashes of death comes a beautiful resurrection. .. a butterfly.

As I ponder over the success story of the caterpillar, I am reminded of Jesus the Messiah, for his journey to the cross was certainly not a beautiful experience. As a lamb led to the slaughter was he led to his death; despised and rejected, ostracized and humiliated. With a crown of thorns, a face covered with blood and the sin of mankind on his shoulders; he was the ugliest sight to behold.

But this wasn’t the end of the story, for there was a resurrection around the corner and in three days the uncomely Messiah would become beautiful, radiant with splendor and majesty; his crown of thorns replaced with a crown of glory, his name transformed in power, better and more beautiful than any other name with a seat at the right hand of God the Father – yes everything about Jesus had become beautiful, but just like the caterpillar, to get to beautiful, Jesus had to die. The cross had to come before the crown.

As I go through this journey called life, with its tests, trials and tribulations, I am often reminded, just before breaking point, that there is always a dying to be done so that beauty can emerge from the ashes – the ashes of pain, betrayal, disappointments, persecution and grief. Sometimes I think, Lord I can’t take it anymore, but he gently reminds me that beauty has a price; and this beauty is deeper than the physical, it’s the beauty that transforms the soul and imprints Jesus upon our spirits… his love, his peace, his joy, his glory. But to be beautiful like him we have to do as he did… we have to die.

Certain women in the bible could boast of this beauty, the bible calls them ‘women of old’, women who adorned themselves with a beauty foreign to women of this new age – the beauty of a gentle and quite spirit. The bible describes this kind of beauty as one of great worth in God’s sight (1 Peter 3:4), because it is the kind of beauty that Jesus exhibits- a beauty that springs from dying to self.

One of these women of old was called Sarah, who though physically beautiful, sought a deeper level of beauty; for she understood that beauty was fleeting, but God’s crown of glory was for the one who feared Him. So she sought and found the kind of beauty that begins from within, a beauty that never fades, a beauty with the ability to transform her from the inside out. I asked how Sarah was able to find this kind of beauty, and God simply responded… she died.

I imagine things started out pretty well for Sarah, with great expectations for her marriage and family. She was beautiful and married to the love of her life Abraham. It was a match made in heaven, what could possibly go wrong? But as the years went by, it became very clear to Sarah that something was terribly wrong, and it was nothing her beauty could fix, for on the inside she was barren and unable to bear children with her beloved. And so with every passing year, Sarah found herself at crucifixion’s door, as she put to death her needs, her selfishness and her pride; for the one thing she desired was to be a mother, but she would have to lay that aside to support an even greater plan and purpose of God – the making of her husband Abraham into a great nation.

Oh, it must have been hard for Sarah; for after years of childlessness, Abraham drops a bombshell- they were to leave behind everything they had ever known- their home, their friends and family and journey to a strange land because God said so.

You would think Abraham would be more specific? Where exactly were they going? The truth was, even Abraham didn’t know and poor Sarah was running out of time-‘biological clock- ticking time’. If they couldn’t have babies within the peaceful and stable environment they called home, how could she possibly conceive through the rigors of travel, in harsh weather conditions, sleeping in tents and exposed to the unstable climate of the desert? Everything in Sarah must have wanted to scream- ‘Abraham you should be more concerned about raising a family than this venture to nowhere’, but she held her tongue and submitted to the will of the Lord; and as she died to her selfishness, beauty was emerging on the inside… a butterfly was forming.

For there came a time after Sarah had put herself aside and died; that beauty came forth from the inside, and the woman who had laughed at the possibility of ever bearing seed, in humility began to believe that it was possible to conceive. Sarah had come to the end of herself and there was nothing to hold on to but God and while the circumstances around her spoke death, she awaited a resurrection, for she had come to believe that dry bones and dead wombs could spring back to life for she trusted God – the faithful one who had promised.

And at this moment the metamorphosis was complete, for like a caterpillar, Sarah had shed her old skin of doubt, fear and unbelief; she had shed her old ways of pain, shame and selfishness and transformed into a butterfly; a mother of nations. For the bible says she received strength to conceive as all things dead in her were resurrected. And with her dead womb brought back to life, she gave birth to her son Isaac. The barren had become beautiful…

Sarah’s choice to submit to God’s will, to lay down her life for a greater cause was working in her the transformation that was needed to enter into the next phase of her life- for as God called Abraham a father of many nations, he also called Sarah a mother of many nations. Sarah was being prepared not just to be a mother of one or two children, but a mother of nations and throughout scripture her character of humility and submission to God’s will, stands out as an example for generations of women who aspire to do great things for God.

Scripture admonishes women to look not only to Abraham, but to Sarah, who gave you birth’( Isaiah 51:2); for Sarah may have started out fearful and barren, unsure of the journey and dead within, but as she kept her focus on the beautiful creator, He in turn was beautifying her from the inside out, taking away the pain, the hurt, the bitterness; taking away the anger, the pride and selfishness and replacing it with a gentle and quiet spirit – the spirit of one who trusts in the Lord with all her heart, regardless of the circumstances.

This is what it means to be truly beautiful, to yield and to trust; so as I look in the mirror every day, I do as the bible says, I look to Sarah for an example to follow; but most importantly I look to the beautiful one whose name is Jesus and as I behold his face, as I yield all in complete surrender to his will, as I choose to die to myself, I am transformed into his image and my real beauty emerges … now that’s a makeover no woman can do without.