Bobbie Houston speaks out after her exit from Hillsong 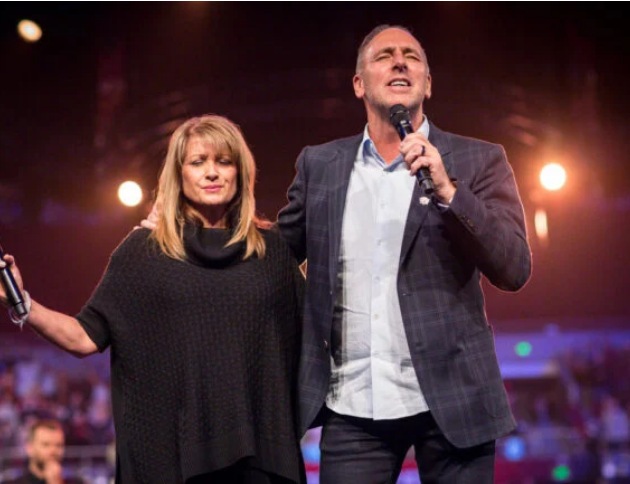 Bobbie Houston has spoken publicly since being made redundant by Hillsong, the church she co-founded with her husband, Brian Houston.

Brian Houston stated in an Instagram post that the couple found out about her axing from her employment via text message, prompting him to share a screenshot of the message to social media. Hillsong, however, have since responded, stating she was not made redundant via text, but rather “alerted by a concerned board member to the position she was facing”.

Her employment appears to have come to an end at the Australian-based megachurch after her husband was forced to resign after being accused of committing indiscretions towards two women.

Now, Bobbie has shared her thoughts for the first time since news of her husband’s shock resignation. “Have been quiet for a few weeks only because constrained by the Holy Spirit —- but just wanted to say THANK YOU to so many of you for the ocean of love and kindness being extended to Brian and myself (and our family),” she said.”

“I’ve tried to reply over these weeks to texts … the emails are in countless files (yet to be read by me) … but it’s the DMs that I’m struggling to reply to. So please know I will get to them as soon as possible.

“I’m okay believe it or not. Actually “more than okay”, although a little winded, but I know how to take breath in God. We’ve lived in the trenches for decades and it seems, we continue to do so.”

Rather than being bitter about what has transpired, and the devastating affect it has had on their lives, given they are now completely removed from the church they founded, her faith remains strong.

“I’m still standing,” she said. “Fully aware and fully awake. Still desperately in love with JESUS, His beautiful Body of Christ, Church and Bride He is returning for one day. For the first time since 15, I am not found in the House, but trust me, the House is still found in me. Welcome Home still matters, as does His Salvation that is still knocking on the door of countless seeking hearts. For them allow me to say … JESUS is still who he is — the glorious Son of God, Kind, Gracious, Merciful, Loving, Redemptive. A Bright and Morning Star if you have eyes to see.

“I have utmost respect and honor for my husband. Utmost. I might get judged or slandered for that — but those taunts I really don’t care about. I care more about the Vineyard of His Love and those He desperately cares for, for those He is yet beckoning.

So … Deeply grateful for the good, good people that we’ve done life with these 39yrs. I’ve had a beautiful post saved for maybe two weeks or more — but just didn’t feel release to share. And even now, I don’t and maybe won’t ever. JUST HERE TO SAY THANKYOU to those I haven’t gotten to reply to.”

Meanwhile, Hillsong has released a new update on their version of events, disputing the fact she was dumped by text and sharing their disappointment over Brian Houston’s Instgram post.

Hillsong state that they met with Brian and Bobbie on March 28, long before Brian Houston’s Instagram post, “to begin discussions regarding separation of their key roles and responsibilities”.

“After this meeting, Brian emailed the Church – to apologise, take responsibility and thank the people of Hillsong Church,” the statement said. “He also indicated a strong desire to continue in ministry with Bobbie in the years ahead.

“Yesterday, a follow-up email was sent to Bobbie from a member of the Australian board outlining the redundancy plan which was part of our discussions at the prior meeting. Before the email was sent, the board member sent her a text message to offer the opportunity for a phone call after she received the email. The desire was to show genuine care and open the opportunity for further discussion. Brian responded by making his feelings public on social media. This has been interpreted and reported that the Hillsong board “made her role redundant by text”, which is not correct.”