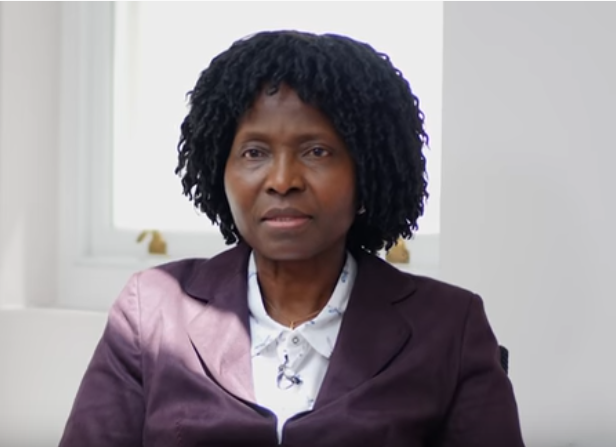 In a landmark ruling, an Employment Tribunal has ruled that an NHS Trust harassed and directly discriminated against a Christian nurse for wearing a cross necklace at work.

Supported by the Christian Legal Centre, Mary Onuoha, was told by the tribunal that she had been victimised by Croydon Health Services NHS Trust following the grievance she raised about the discrimination she experienced. They ruled that this had breached her human rights and created a ‘humiliating, hostile and threatening environment’ for her.

The outcome of the case develops a wider legal principle that employers cannot discriminate against employees for reasonable manifestations of faith in the workplace.

In June 2020, Mrs Onuoha had been forced out of her job as an NHS theatre practitioner at Croydon University Hospital in South London following what she described as a two-year campaign waged against her by superiors and NHS bosses.

After taking legal action, during the full hearing in October, the Trust had argued that wearing the cross necklace was an infection risk, however, Employment Judge Dyal and two lay members, Mrs Foster-Norman and Ms Forecast, have now ruled that: “Applying common sense, it is clear to us that the infection risk posed by a necklace of the sorts the Claimant used to wear, when worn by a responsible clinician such as the Claimant, who complied with handwashing protocol, was very low.”

The Tribunal also stated that the rejection of Mary’s grievance was: “offensive and intimidating. It failed to properly grapple with the complexity of the issues. No real thought seems to have been given to whether it was really appropriate to discipline the Claimant for doing something that in fact many others in the workforce (including more senior colleagues who worked just as closely with patients) were doing unchallenged. Equally, no real thought was given to the Claimant’s point that others were wearing religious apparel in clinical areas and that she should be treated equally to them.”

The Tribunal have also found that Croydon Health Services NHS Trust constructively dismissed Mrs Onuoha “without reasonable and proper cause” and that the dismissal was unfair and discriminatory.

Furthermore, it has ruled that the dress code policy was “applied in an arbitrary way and in a way that was not proportionate” and that there was “no cogent explanation” why plain rings, neckties, kalava bracelets, hijabs and turbans were permitted but a cross necklace was not (paras 270-271 of judgment.)

One of the most concerning parts of Mrs Onuoha’s case was how she reported being harassed for wearing the cross necklace by a senior manager while caring for a patient under general anaesthetic in the operating theatre.

On this point the Tribunal concluded that interrupting the surgery while a patient was on the table was “high-handed. She literally interrupted surgery in order to address the issue. This was to treat the matter as if it was an emergency, but on any view it was not,” and that that conduct created “an offensive, hostile and intimidating environment.”

The Tribunal rejected the Trust’s argument that its objection to the “necklace” had nothing to do with Mrs Onuoha’s Christian beliefs. It accepted the expert evidence of theologian Dr Martin Parsons, and on that basis, specifically found that “the Cross is a symbol of Christianity” and wearing a cross has many centuries of tradition behind it.

The judgment notes that “wearing of the cross is not and should not be simply as a fashion accessory” and “stopping Christians from displaying the cross has been a feature of wider persecution campaigns” in some parts of the world. The Tribunal has also acknowledged that “there is biblical teaching imploring Christians to be open about their faith and not to hide it”.

Responding to the outcome, Mrs Onuoha was delighted and relieved that she had finally received justice. Andrea Williams, chief executive of the Christian Legal Centre, said: “We are delighted that the Tribunal have ruled in Mary’s favour and delivered justice in this case. Shirley Chaplin, who also fought for the freedom to wear a cross necklace 10 years ago has also now been vindicated.

“From the beginning this case has been about the high-handed attack from the NHS bureaucracy on the right of a devoted and industrious nurse to wear a cross – the worldwide, recognised and cherished symbol of the Christian faith. It is very uplifting to see the Tribunal acknowledge this truth.

“It was astonishing that an experienced nurse, during a pandemic, was forced to choose between her faith and the profession she loves.

“Any employer will now have to think very carefully before restricting wearing of crosses in the workplace. You can only do that on specific and cogent health and safety grounds. It is not enough to apply general labels such as “infection risk” or “health and safety”.

“The judgment makes it clear that Mary’s ordeal resulted in large part from the NHS managers’ misunderstanding of the Department of Health guidance on uniforms for its staff. The result has been a campaign of harassment against a devoted, experienced, and highly professional nurse, who was in effect hounded out of the NHS. I hope Sajid Javid pays attention. It would be easy to amend the guidance to clarify that the wearing of crosses by medical staff must be permitted.

“Mary’s whole life has been dedicated to caring for others and her love for Jesus. It has been a privilege to stand with her in this long fight for justice, and we are very pleased with the outcome.”

Determined to become a nurse

Growing up in Nigeria, Mrs Onuoha was determined to become a nurse after one of her brothers tragically died from measles due to a lack of medical provision.

Coming to the UK in 1988 and fulfilling her ambition, she worked at Croydon University Hospital for 19 years. Each day she wore the cross around her neck without any complaints or health and safety concerns from colleagues or patients.

From 2015, however, a succession of line managers asked Mrs Onuoha to either remove her cross , conceal it, or face ‘escalation.’ Each time Mrs Onuoha politely declined the requests, explaining that her necklace is a symbol of her deeply held Christian faith and that she had worn it at work for many years.

The issue escalated in August 2018 when bosses at Croydon Health Services NHS Trust ordered her to remove the cross saying it was a breach of the Trust’s Dress Code and Uniform Policy and therefore a health risk to her and to patients.

Mrs Onuoha argued that it was in fact NHS management who were breaching the dress code, which states:

“The Trust welcomes the variety of appearances brought by individual styles, choices and religious requirements regarding dress; this will be treated sensitively and will be agreed on an individual basis with the Manager and Trust and must conform to health, safety and security regulations, infection prevention and control and moving and handling guidelines. The wearing of saris, turbans, kirpan, skullcaps, hijabs, kippahs and clerical collars arising from particular cultural / religious norms are seen as part of welcoming diversity.”

Mrs Onuoha’s lawyers argued that the dress code was applied inconsistently, with other nurses and members of staff frequently wearing various types of jewellery, hijabs, saris, turbans and religious bracelets in wards and theatre without being asked to remove them.

However, in contradiction to this policy, Mrs Onuoha was required at all times to wear several lanyards, (which have no anti-strangle clasps) whilst at the same time the Trust claimed that wearing items from the neck, such as her chain with a cross, posed a ‘risk of injury or infection’ (see image).

During attempts to compromise, however, NHS management exposed that the real reason for their demands was not safety and hygiene, but the visibility of the cross. In a letter to Mrs Onuoha on 9 August 2018, her line manager and Clinical Lead Practitioner, wrote:

“I offered you a compromise of using a longer chain so your necklace was out of sight but you refused. Please note that the necklace is not only a breach of dress code policy but also a health and safety risk to patients and yourself.

“I do hope you will see that I have tried to support your religious beliefs by allowing you to wear your necklace, but it cannot be visible when you are on clinical duties. This is both to adhere to Infection Control guidelines and to protect you from possible injury if confronted by angry patients or carers.”

The following week, Mrs Onuoha’s line manager was visibly angry when she saw that she was still wearing the cross and said she would ensure that she would face disciplinary action.

On 21 August 2018, Mrs Onuoha was in charge of a team working in theatre supporting a patient who was under general anaesthetic. While the patient was on the surgery table, Mrs Onuoha’s manager came into theatre and demanded that she remove or conceal her cross immediately.

After refusing to remove it, Mrs Onuoha was told to leave the theatre to conceal the cross by putting on an additional scrub back to front, on top of the one she was correctly wearing.

Mrs Onuoha said she could not leave the patient. Her manager said that the junior staff could remain with the patient whilst she removed or covered up her cross.

Mrs Onuoha, however, again refused to leave the patient. Management then returned with another senior staff member insisting Mrs Onuoha left to change.

Mrs Onuoha was asked what she wanted to do and then, in the end, was told to carry on but that the cross needed to be removed by a specified time later that day.

At the same time, during the same operation, the blue pendant and earrings being worn by the anaesthetist were completely ignored.

There were similar incidents in theatre and the wards where Mrs Onuoha was concerned about patients’ safety.

In November 2018, Mrs Onuoha received a letter from the Associate Director of Nursing, Stephen Lord, telling her that she was now being demoted to reception duties for her continued refusal to comply and that an internal investigation would ensue.

Mr Lord gave Mrs Onuoha a letter which accused her of: “continued failure to comply with the Dress Code and Uniform Policy” and stated that she would now be “temporarily redeploy[ed] to non-clinical duties where you would be able to wear your necklace without breaching the Trust policy”.

Until her resignation in August 2020, Mrs Onuoha was constantly moved from one administrative role to the next, which she found deeply humiliating.

She was also put under pressure and ordered not to tell anyone about what was happening to her. As she was unable to explain to any colleagues why this was happening, it took a lasting emotional toll on her.

In April 2019, Mrs Onuoha had been given a final written warning and was told by Mr Lord, following her grievance being dismissed, that if she returned to clinical areas with the cross on “security would become involved, and I don’t want that.”

As she continued to face investigation and demotion, Mrs Onuoha was forced to take stress leave in June 2020.

Despite being off sick, the Trust demanded that Mrs Onuoha attend investigation hearings after it had produced an extensive ‘investigation report.’

Shattered, Mrs Onuoha instructed her Christian Legal Centre lawyers, who had supported her throughout this time, to tender her resignation.