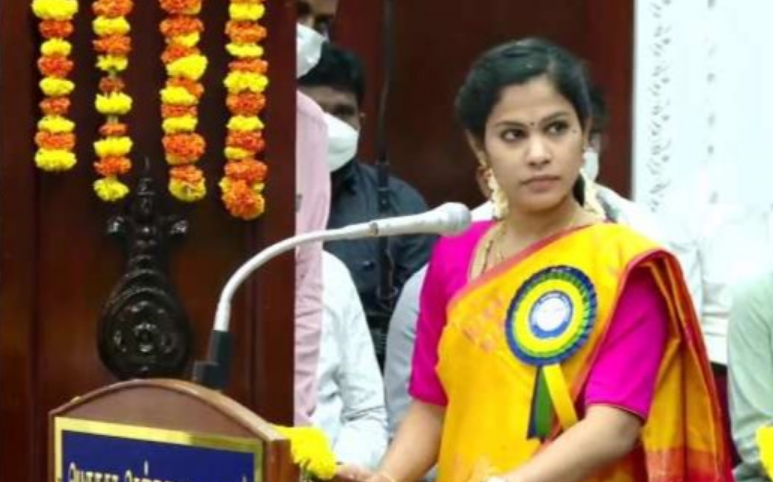 A Dalit Christian woman has become the youngest ever mayor in the history of Chennai, India’s fourth largest city.

Priya Rajan, 28, a member of the Evangelical Church of India, was sworn in as mayor of the city of ten million inhabitants on 4 March. She is the third woman to hold this office.

Chennai, formerly Madras, is the state capital of Tamil Nadu in southern India.

In January 2022, the Tamil Nadu state government passed an order reserving the post for a Scheduled Caste (Dalit) woman.

Rajan was elected as a councillor in local elections on 19 February. Rajan’s party nominated her as their mayoral candidate, and she was elected unopposed.

Christian social activist Kulandai Swamy commented, “It is an important milestone in Tamil Nadu’s political history that a Dalit woman is being placed as mayor of this big city. It is a sign of empowerment of a marginalised community.”

Rajan is also the first mayor from North Chennai, a district that she described as suffering from long-term neglect. “There are many issues that this neighbourhood faces. Water comes mostly only on alternate days; the roads need to be improved. There are electricity concerns,” she said.

Scheduled Castes, including Dalits, are viewed as having the lowest status within the Hindu caste system. The National Council of Churches in India estimates that about 70% of the Christian population of India is from a Scheduled Caste background.

Although many Dalits have embraced Christianity, they are still identified primarily by their caste by a large section of society and suffer severe caste-based discrimination and violence.

We are of course called to pray for “all those in authority” (1 Timothy 2:2), but we must particularly remember in prayer those of our brothers and sisters who are called to such positions in Christian-minority contexts.