Confessions of a guy who married his high school sweetheart 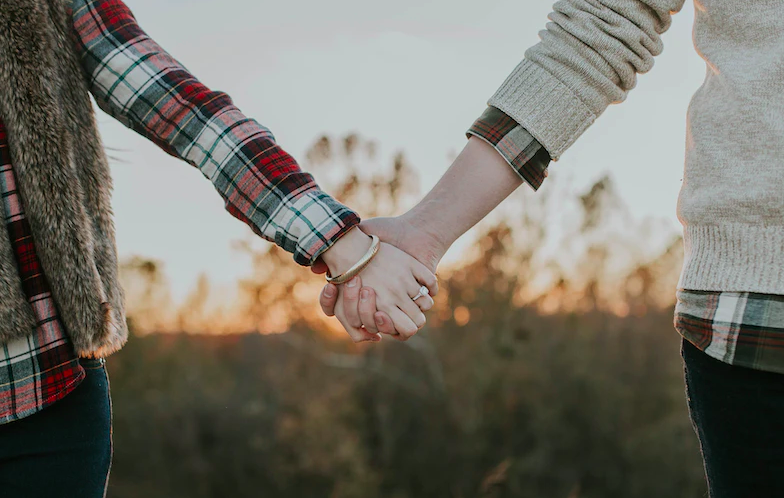 I’ll never forget standing outside of church with the boys one Sunday afternoon when we started talking about girls. We began listing what our “dream girl” would be like. There were three things that I said,  “I want her to be short (because I’m ridiculously tall), I want her to love Jesus and I want her to be really good looking”.

Surprise surprise, my wife is short (which will hopefully even out our children when we have them – ha), she is crazy in love with Jesus and she is really good looking! I actually married my “high-school sweetheart”. Our story is different but I wouldn’t change it at all.

Tayla is the first girl I ever kissed, she is the only girl I ever dated, we were virgins until we were married, and I am so thankful that she is my wife. It has not always been this sweet romance though; if we rewind the clock I want you to imagine an extremely tall and lanky guy with frizzy hair and pimples. You now have a mental picture of teenage Josh. Tayla and I had been good friends for a few years but one night everything changed. It was Tayla’s sixteenth birthday party and we started to take some group photos.

At the time I didn’t “like” Tayla, she was just a good friend, she was actually in a “fling” with another guy at the time. I remember asking my mate to take a photo of Tayla and I. I put my arm around Tayla ready to pose but then at the last minute another mate decided to jump in the photo. Without even thinking I pushed my friend out of the photo. No way was I going to share this photo with another guy! At that moment I realized I liked Tayla, I began to look at her in a whole new light.

After this moment it began what I like to call a ‘borderline stalkish pursuit’. I was crazy about Tayla but she was not interested at all! For about 10 months I just kept trying to “win” her over with my (hopeless) romantic charm. I did some very creepy things and none of it was working. I sent her flowers, dropped chocolates in her mailbox and wrote letters all in an attempt to get her to notice me.

Finally, the one and only Sabrina Peters (who was her youth pastor at the time) told her to give me a shot! THANKS BREENS! So Tayla let me pursue her when we were in year 12. After a while Tayla actually started to get feelings for me and we ended up getting married and are having so much fun!

Our story is pretty different. People always found it crazy that we were not having sex when we weren’t married. In a culture that says try before you buy, our story is so different! We actually stayed virgins until our wedding day. Was it easy? NO! Was it worth it? YES! It was actually really special to stand on our wedding day and be able to say I kept myself for you. If we had of gone from relationship to relationship there would have been baggage and hurt. Fortunately we both came into our relationship not knowing anything else.

Being different isn’t easy but it is worth it! Young Christian men, stand strong in your faith and convictions. Look to Jesus for help and I promise you it is worth the wait to save sex for marriage. Sex is extremely intimate and a beautiful thing. Tayla and I often say to each other we couldn’t imagine having sex with multiple people outside of marriage. You are extremely vulnerable and intimate during sex. Marriage is a safe place for sex. Young couple, keep looking to Jesus for strength in your marriage and stay the course.

2. OUR RELATIONSHIP ISN’T BASED UPON A NICE FEELING.

If our relationship was based upon a nice feeling there is no way we would still be together! Love is not a nice feeling, it is a choice. Even when Tayla and I have a huge argument, leaving her is not an option. Jesus modelled (agape) love for us. Unconditional, no strings attached love. When you keep that as your aim no matter how much the other person may annoy you, you both are committed til the end.

Till death do us part is not just a nice thing to say, but it really is a public confession of a personal conviction. I am committed to doing life with Tayla until death makes us part.

I can honestly say that Tayla is my best friend. I really enjoy her company and we have so much fun together. One of the best things that helped us early on in our relationship was that we had a friendship first. I see so many people jump into a full on relationship with someone they barely know.

I would encourage anyone looking to get into a relationship to ask themselves the following questions:

“Am I actually friends with this person?”

“Is this relationship built upon lust or just physical attraction?”

“Am I in this relationship because it’s the social thing to do?”

OR are you entering into this relationship with Jesus as your foundation, knowing that this person can be your friend for life?

What would I say to my 16 year old self?

3.    Enjoy Jesus and enjoy your friends.

This article was written by Joshua Bull and first appeared on www.sabrinapeters.com. Sabrina Peters is a Christian writer, an avid Sex & Relationships blogger and part of the team at Kingdomcity. She is married to Ben and mother to Liberty & Lincoln.