Daniel Morcombe and the stolen ones… 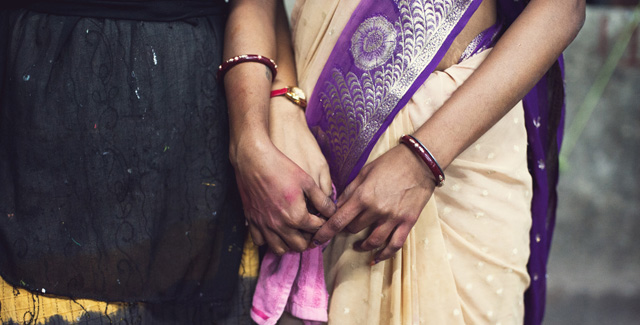 On December 7, 2003, the world became a darker place for many Australian parents. It was the day that 13 year old Daniel Morcombe was abducted from a bus stop on a busy main road in the middle of the day on Queensland’s Sunshine Coast. He wasn’t doing anything foolish; there was no alcohol involved, no teenage fooling around or risk taking. He was just a boy going for a haircut. The very randomness of the crime and the horror that it could happen ‘to anyone’ made every parent that could hold their child a little tighter.

What followed Daniel’s abduction was one of the most extensively investigated crimes in Queensland’s history. Rewards were offered, laws were changed, a culprit was identified and taken into custody and Daniel’s remains were eventually located and he was given a heart-wrenching, televised funeral. As a nation we mourned the loss of this innocent boy and vowed we would do everything we could under the law to see this sort of gross violation of a child never happens again. Every year the foundation, set up in his name, runs ‘A Day for Daniel’ to educate all Australians about child safety and protection initiatives.

Hop on a plane and fly just 13 hours north of Brisbane and suddenly the world is a different place.

In a small rural school in the north of India there are two empty chairs stacked neatly at the back of the classroom. The children, particularly the girls, try not to look at them or to think too hard about what those chairs represent. For many it is only luck that sees them still in class when their friends have gone.

A few months previously, those chairs had supported Rani and Rupashi as they pursued their dream of an education. Eager to learn, the girls had studied hard and rarely missed a day of school. Until the morning they both failed to turn up. After several days, their concerned teacher went to their home village to ask after them, only to find they had become yet another addition to the ever increasing list of children in India who go ‘missing’ every year. Missing, abducted, traded, sold into slavery or the sex trade. The teacher was never able to find out exactly what happened to Rani and Rupashi. But when reports reached the village of the ‘mysterious deaths’ of two young girls in Delhi, the chairs were quietly pushed to the back of the classroom.

For Australians, it is almost impossible to imagine that a tragedy such as this is not ‘spoken of’. Not only did their abduction not make the local paper, there was not even an investigation into their deaths! Tragically, an estimated 1.2 million children in India and around the world are traded or abducted every year. More often than not, these ‘transactions’ end in abuse, neglect, sexual slavery and lonely death. And the sheer weight of numbers of children involved has made these victims almost faceless.

But not to God.

“For you created my inmost being; you knit me together in my mother’s womb. I praise you because I am fearfully and wonderfully made,” (Psalm 139:13-14). Every child is known and loved by God – whether born into the slums of India or the suburbs of the Sunshine Coast – and it is important for us, as Christians, to remember this.

Daniel Morcombe, Rani, Rupashi… offenses against any child are a deep, deep evil striking at the most vulnerable amidst us. Tragically, it can happen anywhere and to anyone. There is nothing we can do about the ‘deviant’ that may pop up in any civilised society. However what we should not accept is that child abduction, slavery and abuse should become just another part of everyday life due to poverty, illiteracy and marginalisation.

Our God has a heart of justice for every child. When we think a little on what these children have suffered we can almost hear the tone Jesus would have taken when he spoke the words recorded in Luke 17:1-2, “There will always be temptations to sin, but woe to the one they come through! It would be better for him if a millstone were hung around his neck and he were thrown into the sea, than that he would cause one of these little ones to stumble”.

The majority of the 1.2 million children abducted and then traded each year suffer as a direct result of poverty. It’s a problem that simply does not need to happen and, thankfully, there is something we as Australians can do about it.

We can help families, community members and local leaders recognise those points at which children are vulnerable and build practices and systems that see kids protected and developed, working against exploitation. And what does this mean in practice? When families are given the opportunity to increase their incomes, they are not vulnerable to offers from human traffickers. When communities are educated about what really happens to the children once they leave the village, change can happen. For those whose children have already been taken, networks can be created to help locate and return family members.

Baptist World Aid Australia dreams of a world where poverty has ended and all people enjoy fullness of life. We believe this is God’s heart for every man, every woman and every child on the planet – regardless of where they’ve been born. By giving a gift to Baptist World Aid’s Vulnerable Children Fund, you’ll support vital projects that help children at high risk of trafficking and labour, children with disabilities, refugee children, children at risk of malnutrition and disease, and more. It is a way to strike back at the deep evil of child exploitation and abuse and to say it’s not OK on any level. Ever.

Please pray for the work of Baptist World Aid overseas and for every child that is at risk. And please, consider giving a gift that remembers the lives, hopes and dreams of children like Rani, Rupashi and even Daniel. Support the Vulnerable Children’s Fund at www.vulnerablechildren.org.au.