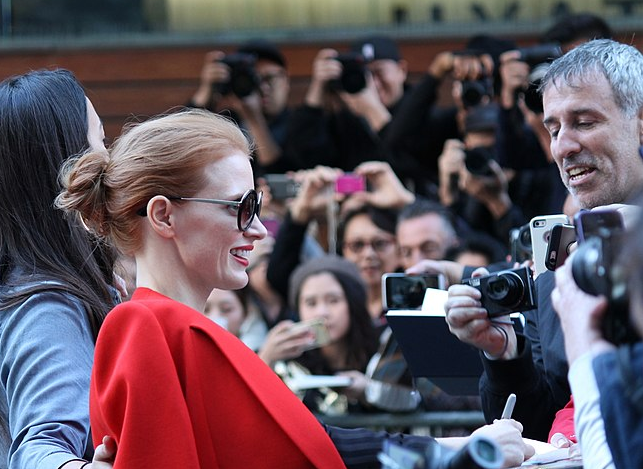 The lead actress in ‘The Eyes of Tammy Faye’, Jessica Chastain, has won the Best Actress Award at the 2022 Oscars.

Chastain, who played the role Tammy Faye, the wife of disgraced 1980s televangelist Jim Bakker, won the prestigious award after the movie’s 2021 release, which documents the high-life the couple lived – and all on the generosity of donors to their ministry.

Her award for best lead actress is a win for her career, but yet another sad chapter in the life and times of the modern day church and ministry world. Christianity has endured a tough week after the dirty laundry at Hillsong was aired as their celebrity pastor, Brian Houston, was forced to resign. Now, it is in the news again for a movie about a disgraced ministry.

A bit fuzzy on the PTL universe?  A refresher:  Once upon a time, an enthusiastic, God-loving couple – the Bakkers – established a television ministry (PTL) which became an international satellite network with millions of viewers, millions in donations, plus a popular theme park (“Heritage USA”) with a hotel, water park, and campground.

By some standards, the operation was quite lavish.  The main hotel was five-star and opulent with exquisite decor.  The company chauffeured guests in a white limousine; executives used a private jet.  The Bakkers owned an air-conditioned doghouse (perhaps for hubby at times?).  The Charlotte Observer kept sniffing for corruption and ran critical stories.

The Bakkers’ marriage suffered. “We began to lead separate lives,” Tammy later reflected. “Jim was so busy raising money to build buildings, and he forgot his family.  And we were left in the dust….”

Jim had a sexual tryst with church secretary Jessica Hahn in a Florida hotel. PTL leaders laundered her hush money through the ministry’s builder, covering up the scandal. Many of these top leaders enjoyed privilege, esteem, comfort and wealth from their roles in the successful ministry.

Jessica Hahn had plastic surgery and posed nude for Playboy.  The Observer won a Pulitzer Prize. Jim wrote a confessional book, I Was Wrong. His VP confessed his ethical misconduct and began a ministry to leaders in crisis. Tammy, who became an LGBTQ ally, died of cancer in 2007.

“My interest in this narrative is both professional and personal,” remembers Rusty Wright, who contributed to this article. “I was a bit player in the PTL scandal, one of the good guys, seeking to facilitate mediation between Jim Bakker/PTL and Charlotte Observer owner Knight-Ridder. One 1986 morning, my wife saw Jim excoriate on TV Knight-Ridder’s chairman, my longtime personal friend. She suggested I help mediate this dispute. I was reluctant to touch it.

“We decided I should pray that if God wanted me involved, I would run into Bakker on an airplane. That seemed to me a pretty safe prayer.

“The next plane I boarded, there were Jim and Tammy. Discussions ensued, plus a visit to Heritage USA and extended negotiations to host Jim at Knight-Ridder’s Miami headquarters. At the last minute, he backed out, citing a need to spend time with his son. Jim’s extramarital dalliance was not yet public.  In retrospect, there were clues that perhaps he and PTL feared Knight-Ridder knew of the scandal, prompting cancellation.

“The entire episode reemphasizes to me the importance of transparency, truth, and integrity. As Moses, the great Jewish lawgiver, famously counseled, “Be sure that your sin will find you out.” Redemption and rehabilitation surely are possible.