Faith heroes: Anne Bradstreet: achievement is what you attempt to achieve and how you attempt it 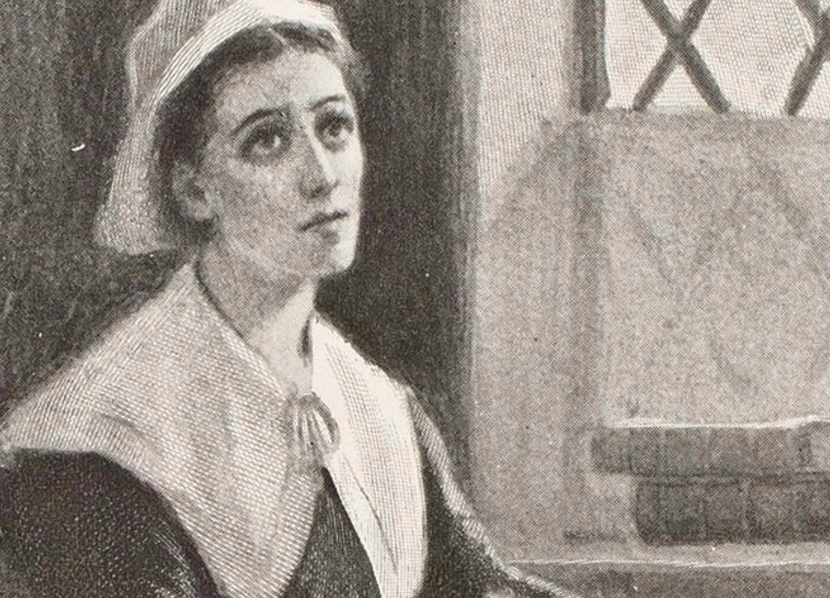 Heroism isn’t about achievements; in my view it’s about what you attempt to achieve and how you attempt it. And that makes seventeenth-century Puritan poet Anne Bradstreet a hero.

Anne was born in England in 1612 to a well-educated and religious family. Although she never attended school, Anne was educated by her father (who was the steward of the Earl of Lincoln) and by reading through the Earl’s library. Converted in her teens, Anne was married at the age of sixteen to Simon Bradstreet with whom she had the happiest of marriages.

The Bradstreet family had become Puritans, seeking to follow its belief that both lives and churches should be run on a biblical basis. However, by the 1620s it seemed evident that persecution for the Puritans loomed. The result was that many Puritans dreamt of sailing to America where they could be free to live and worship as they wanted. The first group to do this were the Pilgrim Fathers who arrived in 1620 on the Mayflower. Eight years later, Anne, reluctantly leaving behind culture and comfort, followed them with her husband and her parents.

When, after a hazardous three-month voyage, the ship reached what is now Massachusetts, the voyagers found an unhappy situation. Many pilgrims had died, many were sick and all were close to starvation. It was a ‘wilderness’ and for the rest of her life Anne found herself struggling to make a home and care for the eight children she and Simon had.

In snatched moments Anne began writing poems, seemingly as a way of expressing herself. Creating poetry, especially by women, was not something that Puritan culture encouraged, but Anne was undeterred. Initially she wrote long poems about God and history, full of evidence of her learning. With time, however, her poetry became more personal and thoughtful as she focused on her family and her community. Given the common – and unfair – caricature of the Puritans as gloomy, many people find it surprising that she also wrote warm love poems to her husband. In one, she writes:

If ever two were one, then surely we.
If ever man were loved by wife, then thee;
If ever wife was happy in a man.
Compare with me ye women if you can.

Anne’s role as a family poet ended in 1650 when a manuscript of her poems was taken to England and published to considerable praise. Now something of a New England celebrity, Anne continued to write and refine her poems until her death in 1672.

Anne Bradstreet is now honoured as the first female poet ‘of quality’ in ‘colonial’ America. She was a remarkable woman who expressed her God-given creativity in difficult circumstances. Particularly striking is the way that through her faith she was able to balance much that seemed in opposition.

First, Anne looked with faith on life’s pleasures and pains. She rejoiced in the beauty of the world, adored her husband, loved her family and praised God. It was, however, a balanced joy. The new colonies were full of tragedy and struggles; Anne recognised all this and committed it to God. So when, late in life, she found herself staring at the burnt shell of her house and precious library, she wrote a poem with the following lines:

And when I could no longer look,
I blest His name that gave and took,
That laid my goods now in the dust;
Yea, so it was, and so ’twas just.
It was His own; it was not mine.

Anne recognised the negative but proclaimed the positive. There’s a good lesson.

Second, Anne looked with faith on the church and Christ. She confronted the way her culture treated women as second-class citizens. One of Anne’s poems celebrates Queen Elizabeth I, the great ruler of the previous century. Here, Anne sharply makes the point that, as a warrior monarch, Elizabeth was the equal of any man.

Who was so good, so just, so learned, so wise
From all the Kings on earth she won the prize . . .

Nay Masculines, you have thus tax’d us long,
But she, though dead, will vindicate our wrong.
Let such as say our sex is void of reason
Know ’tis a slander now, but once was treason.

Anne never lost sight of the fact that her faith was centred on Christ, the Lord of the church. As one of her poems ends:

What to my Saviour shall I give
Who freely hath done this for me?
I’ll serve Him here whilst I shall live
And love Him to Eternity.

Finally, Anne looked with faith on earth and heaven. Within years, crime, squabbles and legal disputes amongst the settlers had made it evident that the Puritans’ attempt to create the kingdom of God in America would fail. Anne seems to have recognised that. Yet she reassured herself that ultimately the kingdom would not fail and that one day, at the return of Christ, God’s holy community would be created. There was a better world than this and in another poem she wrote:

The world no longer let me love,
My hope and treasure lies above.

Had Anne Bradstreet continued to live in Britain, amidst wealth and culture, she might have been one of the true greats of poetry. But she was called elsewhere and, accepting the life that was given to her, remained a faithful, joyful and creative servant of God. And that’s surely our duty too.