Faith heroes: Marie Durand, who spent most of life in jail for her faith 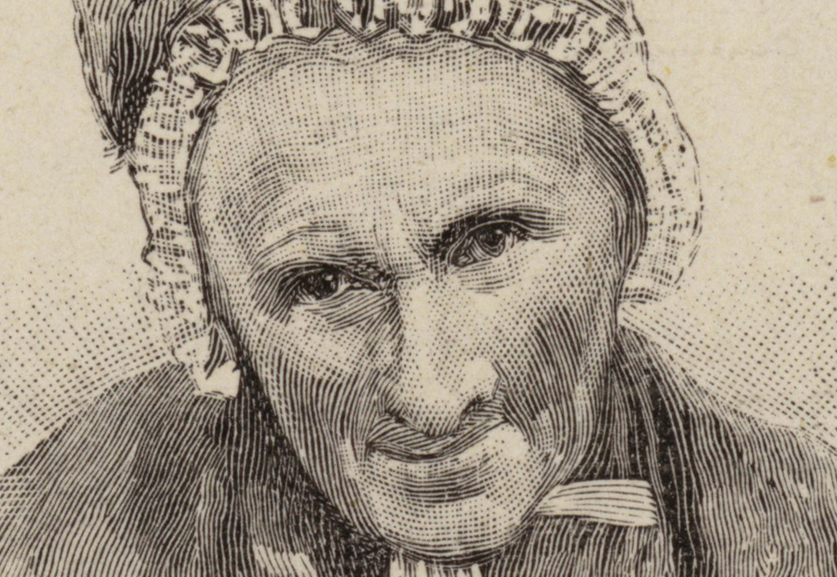 The story of the eighteenth-century French Christian, Marie Durand, who spent almost all her life in jail for her faith, is challenging.

To understand Marie’s imprisonment we need some background. The Reformation of the sixteenth century, with its emphasis on the Bible and faith in Christ as the only way of salvation, was not just a theological revolution. Almost everywhere it posed a political challenge because the medieval church had become interlocked with the state and monarchy. In France, the Protestants – the Huguenots – became involved in a brutal power struggle with the Catholic Church and the king. Eventually the Huguenots won the right to practise their faith but in 1685 Louis XIV reversed that decision, declaring their faith illegal. Churches were destroyed and believers faced forced conversion, imprisonment or execution. An estimated quarter of a million Huguenots fled to other countries while others stayed, practising their faith in secrecy.

Marie Durand was born in 1711 in south-central France during this time of persecution. Her family were devout Huguenots and Marie became both educated and familiar with her Bible. When she was seven, government soldiers arrived at a Huguenot wedding and made arrests. Her mother was never seen again, her father was jailed for fourteen years and her uncles were sent to prison; her brother escaped to Switzerland to train as a pastor. Marie married in 1730 but soon afterwards her husband was imprisoned. She was never to see him again. Marie herself was arrested and in August 1730 entered a prison cell in the Tower of Constance in the town of Aigues-Mortes in southern France.

The tower and the prison cell still exist and from the fifty letters that are still preserved from Marie, we know of the dreadful conditions she endured. The cell held forty women, was around ten metres (thirty feet) in diameter, had little ventilation or natural light, and was baking hot in summer and freezing in winter. Food was little more than bread and water, there were no bathing facilities and visitors were only rarely allowed.

There, despite her youth, Marie found herself the pastor of her cellmates. Having memorised large portions of her Bible, she was able to teach the other inmates, pray with them daily and, being literate, act as their scribe. She also wrote letters. Writing to friends, surviving family and national figures with force but without bitterness or self-pity, she detailed the sufferings around her and challenged the justice of the punishment. Marie begged for reform, arguing on biblical grounds that, by ruling over belief, the state had exceeded its God-given authority. She saw some results: the women were eventually allowed onto the roof for air and were permitted copies of the Psalms. Running throughout Marie’s letters is her deep personal faith and a sense of trust in God.

The plight of Marie and her fellow prisoners was made more intense by the fact that freedom was possible. They would be regularly asked if they would reject their Huguenot faith and told that a simple response ‘yes’ would bring release. Some, broken by the torment, yielded. Yet in all the time she was in prison Marie refused to go against her conscience. At some point during her imprisonment she scratched the single word Résister (Resist) deep into the stones. It is still there. Time passed. Some of the women gave in, some died and some went insane: Marie endured. It’s almost impossible to imagine what she must have suffered as her entire life slowly slipped away in an endless monotony and misery. Finally, a new governor discovered the situation and, appalled, ordered the release of all the prisoners. In April 1768, after thirty-eight years of imprisonment, Marie was able to leave her cell. She returned to her childhood home with her health ruined and all her immediate family either executed or dead. In 1776 Marie Durand died at the age of sixty-one.

Let me point out three things about Marie that challenge and inspire me.

First, Marie was faithful. Despite unbelievable pressure, Marie obeyed her conscience over decades. That’s remarkable endurance! Many of us struggle through a short trial or temptation with the thought, ‘It’ll all be over soon.’ Yet Marie kept the faith over what was, in effect, a lifetime.

Second, Marie was fruitful. She was not just someone who survived an appalling ordeal; she was more than a ‘victim’. She made the best of her circumstances and shared God’s grace to those about her over many years.

Third, Marie’s life was fateful. In the providence of God, Marie’s imprisonment turned out to be an inspiration for the future. In 1940 the Nazis took over France and a grim oppression descended on the land. When French Jews began to be rounded up to be sent to the death camps, many fled to the remote Cevennes where they were sheltered, often amongst Protestant villages where Marie Durand’s memory was honoured. When those who had hidden them were threatened, interrogated or tortured, their response focused on that little word: ‘resist’. Indeed, when opposition to Nazi control began across France, some of the first leaders also knew Marie’s story, and ‘resist!’ became the watchword of what soon became known as the Resistance. It’s a powerful reminder that God may do things with our witness that we could never dream of.

Few of us will suffer the sort of lifelong ordeal that Marie Durand endured. But we all face – on a daily basis – the pressure to go against our consciences. When temptation comes let’s remember that little word carved deep in those prison stones. Resist!