Faith heroes: Perpetua, one of the first martyred Christian women

Of the many accounts of the martyrdom of early Christians, one of the most compelling is that of a woman, Perpetua, who was executed in an arena at Carthage, now a suburb of Tunis in Tunisia, in the year 203.

Let me give you some background. By ad 200 the vast and unstable Roman Empire was held together by a strictly enforced loyalty towards the Emperor as ‘Lord’. Yet the Emperor was not only politically supreme but also a figure who demanded worship. Christians, believing that the only Lord was Jesus, rejected the Emperor’s rule and by doing so were seen as enemies of the state. How Christians were punished depended on the local authorities and under the Emperor Septimius Severus, who ruled from 193–211, Christians in North Africa were routinely arrested and executed. 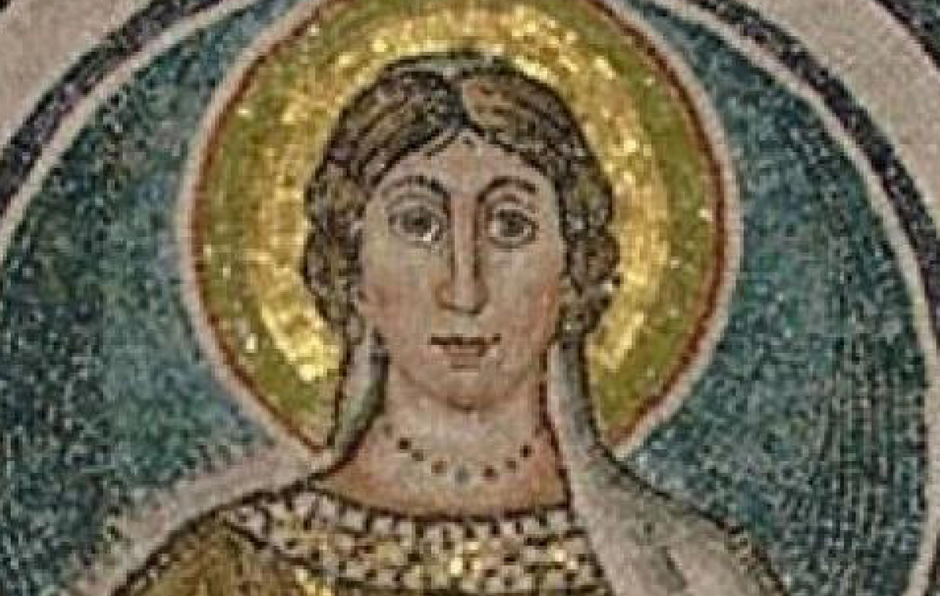 A document has been preserved, ‘The Passion’ – that is the Suffering – ‘of the Saints Perpetua and Felicity’, which tells of the brutal martyrdom of a group of Christians including two women, Perpetua and Felicity. What happened to Perpetua is remarkable because it includes her own words. The account tells us that Perpetua was twenty-two, of a good family, well educated, married and was nursing an infant son. The account begins with Perpetua in prison where she is confronted by her father who orders her to reject her faith in Christ. Here, and in successive encounters with him, Perpetua defies his authority and rejects his demand. She nurses her child in prison before arranging for him to be given to her mother.

The account includes several visions. In Perpetua’s first vision she is faced by a great ladder with a serpent at its foot. Crushing the serpent – clearly the devil – she ascends to a garden where she sees Christ as the Good Shepherd. Perpetua realises through this vision that she will be a martyr.

Perpetua and her fellow Christians are summoned before the judge. She is told to think of her family and infant son and asked if she will make a sacrifice to the Emperor. ‘I will not,’ is the answer. ‘Are you a Christian?’ the judge demands and she replies, ‘I am a Christian.’ Sentence is passed: Perpetua and the other Christians are to be thrown to wild animals in the public arena on the Emperor’s birthday. They are undismayed and in Perpetua’s account she writes, ‘We went back cheerfully to prison.’

In a second vision, Perpetua sees her brother who had died as a child and, in a later vision, sees him in heaven. In a final vision Perpetua finds herself facing a savage man in the amphitheatre. She battles with him and defeats him. Now, despite understanding that her conflict would not be merely with wild beasts but with the devil himself, she is able to write, ‘I knew the victory would be mine.’

Perpetua, clearly a very determined woman, demands the authorities give her and the other Christians the traditional privilege of a meal together on the eve of execution. Her request is granted and, with curious crowds watching on, the believers share a communion meal together.

The authorities plan to dress the Christians in pagan clothing for execution but Perpetua refuses and, in the end, they are forced to allow her and her friends to wear ordinary clothes. Perpetua and the others enter the arena ‘with radiant, shining faces and a calm step’. They challenge the crowd, reminding them that they too must face judgement. At the crowds demand they are whipped by gladiators. Then, one by one, they face savage animals. The men are attacked by a boar, a bear and a leopard while the women are attacked by a furious horned cow. Wounded, Perpetua is thrown down – concerned that her dishevelled hair might indicate to the spectators that she was grieving instead of joyful, Perpetua asks for a pin to put her hair back in place.

The decision is now taken to kill the wounded Christians. They give each other the kiss of peace and then have their throats cut.

In the account of Perpetua’s martyrdom there is much to reflect on.

Consider Perpetua’s commitment. Quite simply, Perpetua puts her loyalty to Jesus above everything else, not just the Empire but even those deeper bonds of honour that she would be expected to show her father and family.

Consider Perpetua’s confidence. The account tells us that although initially fearful, her faith grew. Ultimately, she was able to embrace her sentence of martyrdom and even to witness to Christ through it.

Finally, consider Perpetua’s contentment. She feels that it is a privilege to die for Christ and she is pleased with the honour she has received. I love the glorious and utterly unforgettable defiance in the way that, in order to make sure that everybody recognises that she is not in grief, she pauses the whole brutal process in order to fix her hair!

Ultimately, Perpetua reminds us of the cost that allegiance to Christ may demand of us. That’s a reminder we need. Although martyrdom is a grim reality across much of the world – it is reliably claimed that globally around 100,000 Christians a year die for their faith – it has been largely forgotten in the comfortable West. Yet as the Western world shifts from tolerating Christianity to loathing it, our long exemption from martyrdom may soon expire. Perpetua reminds us that the only faith worth living for is one that you don’t mind dying for.