For persecuted Christian women, violence is compounded by ‘shaming’ 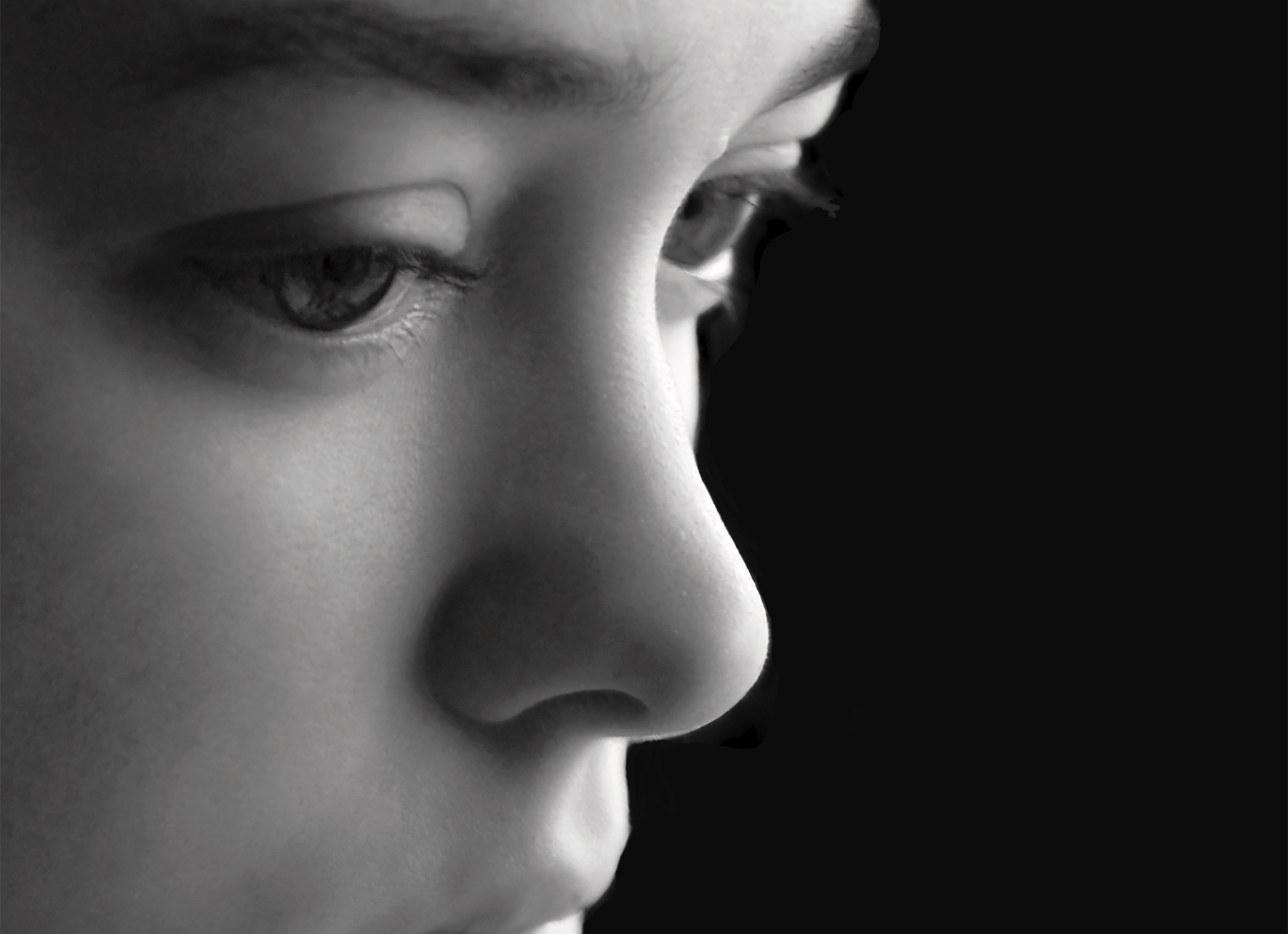 It would be hard to argue the world is unaware that Islamic State fighters used rape and sexual violence as a weapon of war against Iraq’s Yazidi women: Nadia Murad shared the 2018 Nobel Prize after she told the world of her personal ordeal at their hands.

However, testimonies from minority Christian women in northern Iraq and Syria, who also were subject to similar violations, are comparatively rare. One who bravely shared what happened to her is Rita, from the Iraqi town of Qaraqosh, who was 26 when the Islamic State invaded in summer 2014 and took her captive. She was sold and bought four times as a sex slave before being freed in 2017; finally she was reunited with her father almost four years after she was taken captive.

The UN has now formally started to investigate IS crimes in the region. A senior Muslim cleric has said the UN team also should focus on “abductions, slavery and sexual violence” suffered by minority women there. Experts have told World Watch Monitor that Christian women are not speaking out in the way Nadia Murad has been able to, either because they are still too traumatized, or perhaps because they find their treatment “too shaming” and find it hard to speak out publicly.

It’s this “hidden” persecution suffered by women, often going un-acknowledged by both the victims themselves and their communities, that is the focus of the latest report from the Research Unit of Open Doors, which every year compiles the World Watch List of the 50 most difficult countries in which to live as a Christian.

According to Pew Research, the global Church in 2010 was estimated at about 31% of the world population.

Christianity is the most persecuted religious group: 245 million Christians experience “high, very high or extreme levels of persecution,” according to Open Doors.

The Open Doors research team already has published an analysis of the ways in which Christian men and women are persecuted differently in the 2019 World Watch List top five countries: North Korea, Afghanistan, Somalia, Libya and Pakistan. Now they have analysed the data from a total of 50 countries through this same gender lens; 49 countries returned data specific to women, 46 to men.

Once again – as last year, when the first gender analysis was done – this latest 2019 report shows that in 34 countries Christian men — both “ethnic/traditional” Christians and converts from other religions — are especially subject to economic harassment via business, work or job access.

But across at least a fifth of the countries, it found nearly twice as many pressure points (35) reported for women converts to Christianity from other religions (whether Islam, Buddhism, Hinduism or other) as for men – showing how “complex, violent and hidden” is the persecution of Christian women.

These pressures are – in order of most frequently reported:

Sexual violence, often from extended family and/or local community – as a means of power or control (reported in 59% of countries)

Libya: “Women and girls are prone to (sexual) violence, especially when they make choices not expected from them, such as conversion to Christianity.”

Sudan: “Female Christians…are forced to dress like Muslims. Those arrested for ‘indecent dressing’ often face groping and humiliation during interrogation.”

Forced marriage, sometimes linked with abduction and/or ‘seduction with intent’ (57% of countries)

Jordan: “It is above all female converts from Islam who are particularly vulnerable to persecution for their faith…Although arranged marriages are not uncommon, [they] are under additional threat to be married off involuntarily in an effort to retain family honor and bring them back on “the right path.”

Kenya: “Lured or abducted into al-Shabaab camps inside the Boni forest or in Somalia, and held there as sex slaves, forced to become ‘wives’ of the militia or just ‘breeders’ of the next generation of fighters.”

Nigeria: “Many are also forced into marriage with non-Christians. The fact that there are laws which permit under-age marriage in some states (as well as the existence of cultural and religious norms that discourage girls from going to school) only contributes to this problem.”

Libya: “It has been reported that rape is sometimes used as a form of punishment [for conversion to Christianity].”

Yemen: “In a culture where the oppression of women is normal, female Christians from a Muslim background are additionally vulnerable. They are exposed to the risk of rape, sexual harassment, forced marriage and imprisonment.”

Saudi Arabia: “In the strict Islamic society, women are closely monitored. They need to uphold the family’s reputation – any undesired behavior

[such as conversion to Christianity]

can harm family honor, which is considered a mortal sin.”

Nepal: “Christian women and girls are subjected to physical violence. Initially they are usually emotionally pressured by immediate family (e.g. husband, in-laws, parents). Physical abuse starts gradually until finally they are regarded as social outcasts by family and community. This makes them vulnerable and victims of sexual oppression.”

Forced divorce and denial of custody of children

35% of countries said forced divorce is a pressure for women; 13% for men.

31% of countries said denial of custody of children is a pressure for women; 9% for men.

Algeria: “Women are more disadvantaged in law and society, which additionally affects their level of persecution. They will very likely be divorced by their Muslim husbands, leaving them without any financial support; they can end up on the street. Custody of children may be taken from them, as well as inheritance rights.”

Mauritania: “Women are subject to their fathers and husbands. Leaving Islam means disregarding them and shaming the family. This will have severe consequences, especially since most are (financially) totally dependent on their families. Married female converts can easily be divorced and end up with no means to survive.”

In contrast to the “complex, violent and hidden” persecution of women, persecution faced by Christian men globally is characterized as “focused, severe and visible.” The researchers also stress that the socio-economic ostracism and severe physical violence facing Christian men then puts their whole community under severe strain.

The top pressure on young adult men is military/militia conscription, which can become “public:”

Mali: “Young men are subjected to abduction, forced conversion and conscription in militia in the northern parts of the country. This has a devastating effect on their families and fellow Christians who are traumatized…”

The top pressure point for young women, in contrast, is being forced into marriage, which can be successfully “hidden”.

Beyond forced marriage and sexual assault, religious persecution exploits all the vulnerabilities that women have, including denial of education, healthcare or infrastructure; travel bans; trafficking; forced abortion or contraception; and denial of access to work.

The multiple potential pressure points on women creates a complex persecution dynamic, where an event in one area of vulnerability can produce a domino effect on other areas of vulnerability, the report points out.

Nigeria: “The persecution of women and girls has a detrimental effect on the Church and Christian families. In addition to the great emotional toll and social cost, in communities where widows are the main breadwinners, such persecution also affects the economic wellbeing of the community.”

“There was notable repetition of certain contributing legal and social contextual factors, which constitute pre-established vulnerabilities that are then exploited by those working to deny Christian men and women the free expression of religion,” it said.

Shaming or shunning was “significant” – both for men and women — in 21 countries, although the list of 21 countries differed according to gender. Not surprisingly, this powerful means of social pressure was most often present in countries with an explicit honor-shame system.

Interviews from 13 countries revealed that incarceration, by national or local government, of Christian men for their faith was a pressure point. In contrast, women in 13 countries, not all of them the same, talked of “incarceration,” but usually in the form of house arrest. Victims might be even chained to the walls, or they might walk freely within four walls but be ignored as if they were dead.

Furthermore, the report points out, situations are complex, as economic realities for women present a barrier that requires no physical walls. For instance, Christian women who might also have been forced into de-humanizing forms of slavery stay in terrible situations because the options outside their family’s “protection” are worse than those within. Without education, or legal rights to property or their own children, the only difference on the streets is that they will also be denied access to their children while they suffer.

The researchers suggest gender-specific tactics are used because they blend in with prevailing social and structural vulnerabilities; they are low-risk; and they are effective.

Syria: “For Christians from a Muslim background, pressure would come most commonly from family and community. Such pressure affects women and girls most, then younger men and lastly older men, reflecting the levels of status and freedom generally within Islamic culture.”

The researchers write that, for instance, the presence of a cultural disdain for Christians and their perceived association with loose ‘Western’ morals can perpetuate the false idea that it is permissible to assault a Christian woman. This could in turn serve to focus the choice of victim as, say, a woman whose head is not covered by a hijab. Where all women may be at risk of sexual assault, marginalized Christian women may be even “more so.”

Colombia: “In the areas controlled by criminal groups or drug cartels, young men are exposed to indoctrination and mandatory participation in these groups. Due to the economic and social context, some young men accept this and join up. However, there are others who refuse – whether on grounds of faith or otherwise – and these are then commonly threatened, persecuted and often abducted along with their families.”

Finally, in some countries, non-sexual violence may be harsher for men because of how decision-making capabilities of the two genders are perceived. In Iran, for example, “in contrast with women, men are not seen as ‘misguided’, but as willfully making wrong choices. Thus, their punishment is harsher and they are more likely to suffer physical abuse and torture.”

For many of the pressures for women, social pressure and lack of legal protection collude to make defence of those caught in these dynamics nearly impossible. As a result, many families no longer even attempt to prosecute in countries such as Pakistan where the attempt to obtain justice is turned against the Christian: “Christian girls are often abducted, raped and converted by force. The authorities do not take any action, on the contrary, usually they side with the Muslim families abducting them. That is why parents of such victims feel it is pointless to take legal action. Even when a case comes to court, the girl is forced to testify that she converted [to Islam] voluntarily…If a Christian family is bold enough to challenge an abduction and forced marriage, they often face accusations of harassing the ‘voluntarily converted’ girl and her new family.”

As last year, the gender profiles describe, for both men and women, dynamics that have the effect of diminishing or destroying the immediate victim’s family, community or both through what the report refers to as “ripples of suffering.”

In Eritrea, for example, “Some marriages do not survive/struggle because of the pressures brought about by persecution. If the breadwinner is arrested and in the process loses their job, on release, their marriage may suffer/break because of the combination of financial pressure and trauma.”

The report concludes that experience of religious persecution is gender-specific, not gender-blind. But whatever form it takes, the ultimate goal is to destroy local Christian communities, as evidenced by a detailed report on the subject published after the kidnap of 230 girls from Chibok, Nigeria, in 2014.