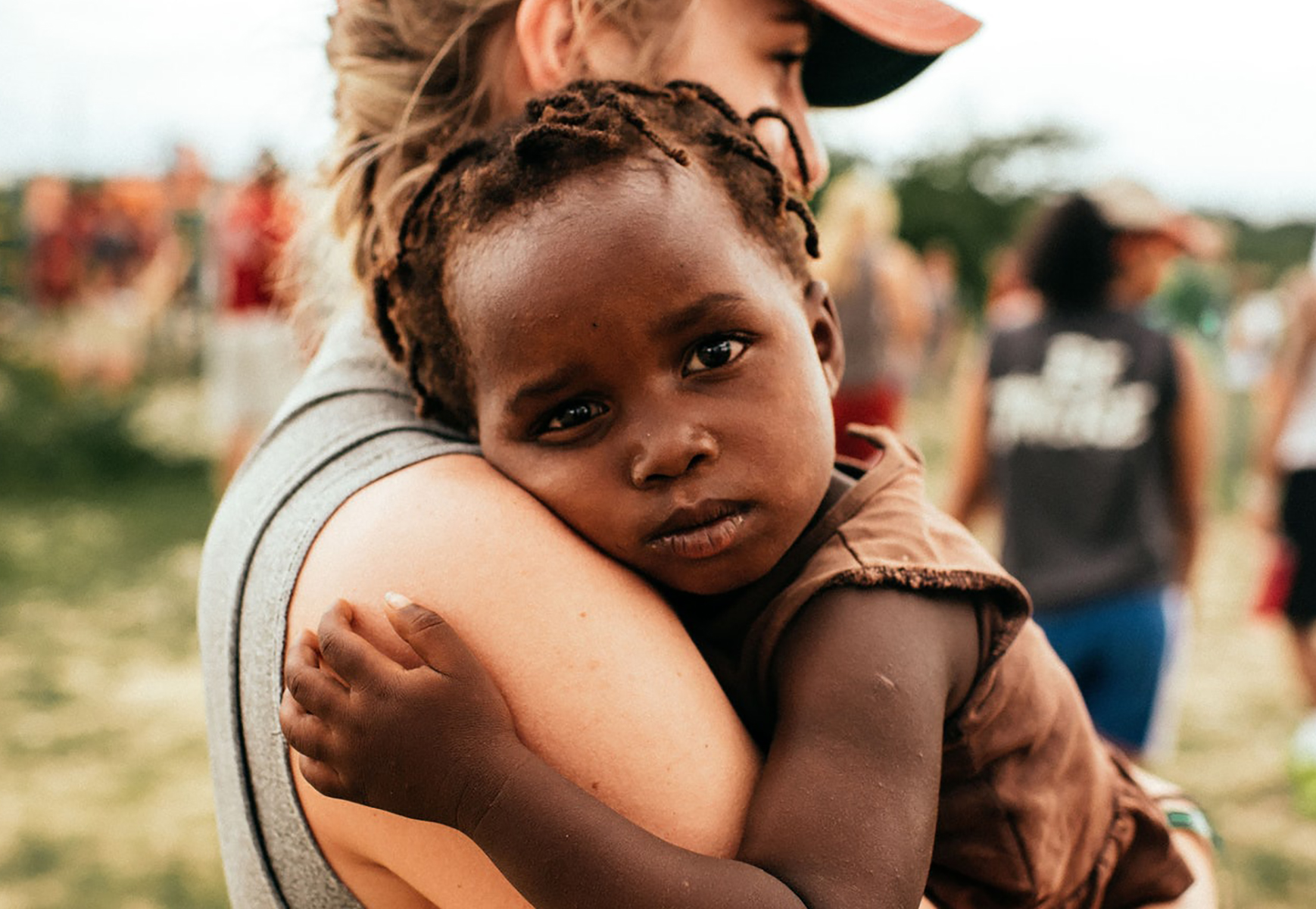 Millions around the world will not soon forget what happened on June 1st, 2017, when Dave Eubank, an ex-US Army Special Forces soldier, who runs a Christian humanitarian organization called Free Burma Rangers, got a call from an Iraqi unit that was fighting ISIS on the frontlines west of Mosul, Iraq.

“They said civilians coming, a lot (of them) shot,” Eubank told CNN.

He and members of the Free Burma Rangers were in Iraq helping civilians flee from ISIS-held areas. The team jumped into action after they got the call. “We got there and a guy came crying, crying, he said, ‘My daughter was shot in front of me, her head was blown off,’” Eubank recalled.

The scene was horrific. At least 50 bodies lay massacred by ISIS fighters as they were trying to flee, and then he saw movement amongst the dead.

“We saw these 13 bodies and then we saw movement,” Eubank said.

He and his team were 150 yards away, but they were pinned down by ISIS fire.

Dave Eubank with rescued girl smaller“To escape meant a dash across open ground over-watched by heavy ISIS firepower,” Eubank described on the Free Burma Rangers’ website. “Our team could see that many had already been killed in the attempt but some were still alive.”

He knew had to do something but also understood the risks.

“There was no way to help them even though they were only 150 yards away,” Eubank wrote. “They prayed and God opened a way.”

He put in a call to Iraqi and US military officials to see if they could help.

“We prayed and talked with Iraqi forces about how to do a rescue,” Eubank said. “We prayed more and called our American military friends.”

The help came. U.S. forces supporting Iraqis with air assets dropped a curtain of smoke on their location giving them just enough time to dash across that 150 yards.

“ISIS fire was intense as we approached the huddled group of three survivors. They were in and amongst over 50 dead bodies spread out along the street — dead babies, mothers, and people of every age — and had been like this for two days in the blazing sun and ISIS shooting,” Eubank wrote on Instagram.

He says he called the military to drop more smoke to give them more cover against ISIS fire. Using an Iraqi tank for cover Eubank and his team moved in for the rescue.

“The Americans sent it right on target, helping to obscure us as the tank fired its main gun and machine gun back at ISIS. I prayed on when to make the dash from behind the tank to the people.”

He sprinted across that open ground to where all the dead bodies were laying. Then suddenly, a girl peeked out from underneath a woman’s dead body.

Bodies in Mosul smaller“I saw a little girl come out from under her dead mother’s hijab and we called to her and two men who were wounded and still alive yet unable to come,” Eubank recalled.

With girl in hand, he now had to make the mad dash across that 150 yards.

“She was screaming, unwilling to let her mother go,” Eubank told CNN.

Again, he called for more smoke.

“The Americans sent it right away again,” Eubank said. “I prayed and felt now or never and that if I died my family would understand that it was to save a little girl.”

“I ran as fast as I could, snatched up the little girl from her mother and the pile of dead bodies, and made it back to the tank. ISIS was shooting all the time but so was the Iraqi tank,” Eubank added.

Members of the Free Burma Rangers were also able to pull a man from the scene that day.

Both the girl, who now knows is Demoa, the 5-year-old, and the man were then rushed to an Iraqi hospital and are recovering.

The next day, Eubank returned to the location and saved seven more people.

“More than 70 lay dead all around these survivors – men, women, children, elderly, crippled – no one was spared,” Eubank said.

Eubank’s wife, Karen, and their children, Sahale, 16, Suuzanne, 14 and Peter, 11, were also in Iraq helping those fleeing ISIS.

Dave Eubank ended his account of that day’s dramatic rescue this way:

“We thank God for American and Iraqi forces. A miracle, and I thank Jesus. Thank you for praying.”

Now Eubank has revealed that he has just had a tearful reunion with Demoa.

Eubank on his knees when girl arrives“She is now being cared for by her grandmother and aunt, and they came to visit us where we are staying in Iraq,” he said in a message sent to the ASSIST News Service. “When they arrived, and stepped out of the car, I dropped to my knees to pray and thank God. She was very shy and held herself back, clinging to her aunt.

“Her grandmother began to cry and thank me: ‘I have seen your picture and have been hoping to see you to thank you. You not only saved Demoa’s life, you saved mine. If she had died, I think I would have died also. I have no other grandchildren and only one daughter left. But God had mercy. Thank you for risking your life to save her.’ She cried and dropped down to kiss my feet.

“I was embarrassed and lifted her up and hugged her. I told her, ‘This was God who did this — God loves Demoa and helped us save her. And it was not just our Free Burma Rangers (FBR team), it was American smoke, an Iraqi tank, the FBR support team, and people praying for all of us all over the world.”

Eubank went on to say, “It took a while for Demoa to feel comfortable, but when Noelle, Sahale, Suu and Hosi began to play with her with toys they had brought for her, she brightened up. Soon we were playing hide and seek and she laughed and giggled as she ran around our local office.

Dave Eubank plays with Demoa at the local mall smaller“My heart felt full and I was grateful for this new chance at life. It felt like there was a completeness. Demoa had been rescued, then cared for by Karen and our team, then by an Iraqi family and Victor Marx and finally reunited with her own family. Her aunt had seen her picture on social media and contacted one of our team members, who put her in touch with General Mustafa. Demoa is happy and thriving. I do not know the depth of the emotional, psychological and spiritual wounds she bears but we prayed for her and trust God to keep healing her.”

Eubank said that her grandmother choked up at one point and said, “After the rescue, I had a dream. Demoa was hiding among the dead and beside her was a foul and evil-looking stream. A man shining and beautiful appeared. He lifted Demoa up and carried her across the filthy stream, bringing her safely on the other side.” The grandmother began to cry again, and he said, “I am so thankful,” adding, “I told her, ‘I believe that was Jesus who helped Demoa and you can call on His name when you need help. He loves you and Demoa.’

We took Demoa to a local mall and she played on everything in sight: jungle gym, slides, go-carts, toy horses and then the girls took her to buy toys. We finished with a big dinner and gave the family help to support her; the next morning she went with her grandmother and aunt back home. As they drove away I felt relief that we had been reunited, that she was doing so well, that we could be part of this. Thank you for praying for Demoa and others like her and for us as we continue the mission here. We go will back to Burma in December to join all our teams there for the 20th anniversary of the Free Burma Rangers.