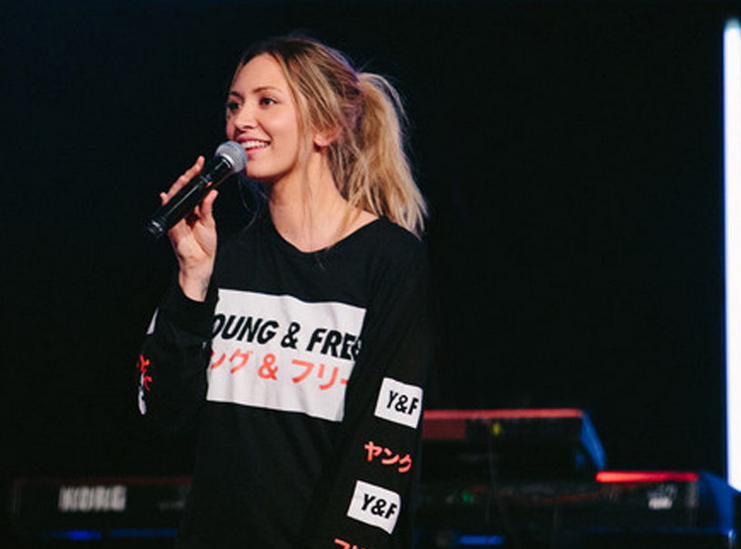 The daughter of Brian Houston, Laura Toggs, has revealed the pain she is going through after her father was forced to resign from his position at Hillsong, the church he founded.

The announcement was made at an emergency staff meeting at the megachurch’s Australian head office in Sydney’s Baulkham Hills on Wednesday.

RELATED: Did paying for the sins of his father become too much for Brian Houston?

Allegations against the senior Hillsong pastor were exposed last week with Mr Houston accused of committing “indiscretions” towards two women.

In an Instagram story, Toggs shared a message displaying the grace she now needs to share with her family, notably her father, after the indiscretions have not only ended what he has spent his entire life building, but also no doubt torn his family apart.

The church’s board was forced to take immediate action after news of the alleged indiscretions surfaced. Especially after Houston was forced to sack Carl Lentz after he was found to have had an affair, the reality was that Houston’s position was untenable.

“Irrespective of the circumstances around this (allegations of indiscretion), we can all agree that Brian and (wife) Bobbie have served God faithfully over many decades,” the church wrote in a statement released after Wednesday’s meeting.

The church’s board committed to an independent review of their governance structure and processes.

“This is a time of humble reflection and we are committed to doing what is necessary to ensure God is honoured, and our eyes are fixed on Jesus,” the statement said.

A crisis meeting was called last Friday to inform the church’s 800 staff of the alleged incidents, which occurred in 2013 and 2019.

Pastor Phil Dooley, who took over the role as the head of the evangelical church after Houston stepped down earlier this year, detailed two incidents investigated by senior church staff.

The first alleged incident involved a female church member who quit after making a complaint about an “inappropriate” text message about a decade ago.

Another complaint involved Mr Houston spending 40 minutes — while under the influence of alcohol, anxiety and sleeping medication — in a woman’s hotel room after a Hillsong conference attended by Australian Prime Minister Scott Morrison in 2019.

“It was along the line of ‘if I was with you, I‘d like to kiss and cuddle you’, words of that nature,” Pastor Dooley told the meeting.

The woman left her job after complaining about the incident to Hillsong general manager George Aghajanian.

Brian Houston is reported to have paid out the woman several months’ salary to compensate her for the incident.

“Pastor Brian said ‘I want to pay that personally because it was my fault’,” Pastor Dooley said.

Mr Houston is no stranger to the public eye with a docu-series airing in March exposing the culture in the Hillsong Church. The explosive three-part docu-series, ‘Hillsong: A Megachurch Exposed’, will premiere on Thursday, March 24 on discovery+, with all three episodes available on that date.

According to the company, the documentary features interviews with Hillsong insiders, megachurch experts and Ranin Karim, the woman whose five-month affair with celebrity senior pastor Carl Lentz led to his downfall.

Pastors Phil and Lucinda Dooley, who currently lead Hillsong South Africa, are taking on the role as Hillsong’s global leaders. What was an interim role now looks like it might be permanent.