In today’s age, should you smack your children? 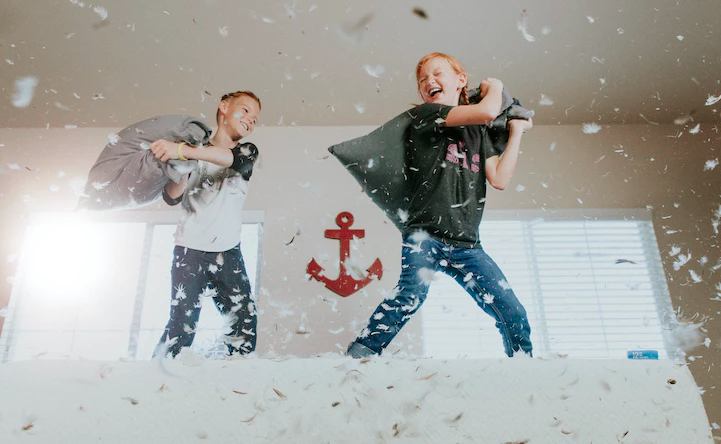 A fascinating article in The Age newspaper recently reported that National Children’s Commissioner Anne Hollonds has called for smacking to be made illegal.

Adults have modelled this, so adolescents think it’s okay to use violence to sort out disagreements.

Australian law still allows for “reasonable punishment,” but only NSW has a definition of what that is: children can only be hit below the neck.

In Victorian law, it is not illegal to smack children, but it is unlawful to, with extreme force, hit, punch, slap, kick, shake, bite, strangle, throw or burn a child, or hit the head or neck of a child in a harmful way.

Now, some self-disclosure. I used to believe that smacking was a good part of my disciplinary arsenal as a parent. My parents smacked my siblings and me, and we turned out fine, I reasoned. And so, it must be okay for me to smack my kids, and I did that occasionally with our first two daughters when they were younger. But I became increasingly uncomfortable with it until I decided not to smack them again. I have since apologised to them.

You may think, “but the Bible recommends smacking as a reasonable punishment.” No, it doesn’t.

Proverbs 22:15, Folly is bound up in the heart of a child, but the rod of discipline will drive it far away.

Proverbs 29:15, A rod and a reprimand impart wisdom, but a child left undisciplined disgraces its mother.

There is no mention of smacking in these verses. The Bible never mentions smacking. Instead, Proverbs encourages beating children with a rod. Sadly, religious figures have used these verses over the centuries to justify physical abuse.

It reminds me of a scene in the movie 12 Years a Slave in which Plantation owner Edwin Epps quotes the Bible (Luke 12:46-48) as a rationalisation for his ownership and harsh treatment of his slaves.

It’s important to remember that Proverbs are not commandments; they are sayings. In the case of Proverbs in the Bible, they are sayings that are amongst the oldest verses in Scripture, some 3000 to 4000 years old. Because of its age, there are verses in the Bible we do not take literally in the modern world. For example, Exodus 21:17, “Anyone who curses his father or mother must be put to death.” That’s right. Kill your naughty kids It’s a wonder there was anyone left alive!

But there is plenty of truth in those ancient proverbs that resonate in the contemporary world.

The one who loves their children is careful to discipline them.

A reprimand imparts wisdom, but a child left undisciplined disgraces its mother [parents].

Have you ever invited people to your home who have undisciplined children? We have, and they haven’t been invited back!

Discipline is essential, but I now believe there are much healthier ways to discipline children than smacking them.

For example, positive reinforcement and rewards for good behaviour are indispensable in practical parenting. Christie and I used a points system when our children were younger. Our kids could earn points for good and helpful conduct. The points were converted into cash so the children could save up for what they wanted. Negatively, discipline can be the loss of privileges and liberties. “The Naughty Step,” made famous by Super Nanny, is very effective.

It’s also essential to learn what works for each child. For example, if I told our eldest daughter to go to her room for a timeout, she’d be thrilled. Our second daughter would hate it because she dislikes being isolated from people.

More than any form of discipline, the most crucial thing in raising well-behaved children is what the parents exemplify by how they live, behave, and respond to others. Parents are to be good role models to their children, and smacking them hardly fits that job description.

Adults who love and respect others will raise children who do the same. And it takes a lot of self-discipline as a parent to be creative and respectful in disciplining your children.