Jesus Said He’d Return Soon, So Where Is He? 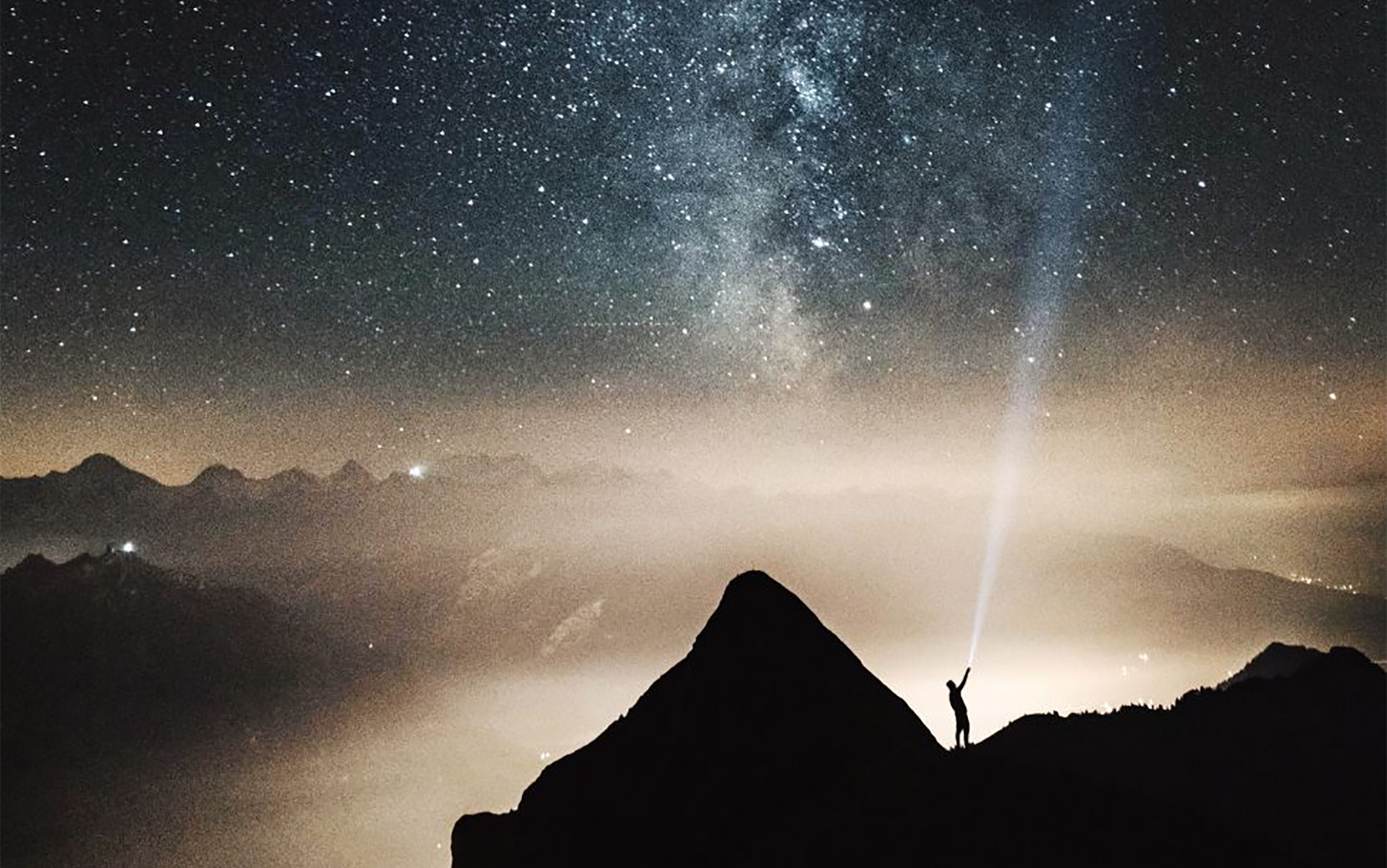 Jesus said his return was soon. So where is he? And why has the church had to wait for so long? It’s the question from a listener named Ron. “Pastor John, I’m writing from Switzerland and have been greatly blessed by your ministry. I have a question with regards to the New Testament belief that Jesus would come very soon. As I was studying with our children the need to evaluate prophets by biblical criteria the following thought hit me: The Bible says in Deuteronomy 18 that a prophet whose predictions don’t come true is not sent by God and that he should not be feared. However, in the New Testament we find repeated evidence of people whom we would call inspired who evidently believed — and sometimes claimed — that Jesus would come back soon, even during the writer’s own lifetime. Examples would be 1 Peter 4:7; Matthew 24:34; 26:64; 1 Corinthians 10:11; 1 Thessalonians 4:15–17; and 1 Corinthians 15:51. How can we still consider them authoritative while discarding modern-day messengers whose prophecies don’t materialize? I am a bit uneasy that at some stage our kids will tell us that Paul was wrong about 1 Corinthians 15:51 and so he’s not to be taken seriously. Do you have any suggestions as to how to deal with this tension?”

Yes, I do. It’s a large issue and has several layers. Each one needs careful, patient attention.

It’s fairly easy to comb through the New Testament superficially and gather a lot of texts together that seem to indicate a false teaching about how quickly the second coming of Jesus would happen. But if you take each one, each text or each group of texts carefully, patiently, and study it out with the help of those who have perhaps given more thought to it, what I have found is that there are explanations of how to understand those texts that do not impute error or false prophecy to what Jesus or the apostles taught.

That’s my first suggestion. Don’t be superficial and simply gather a lot of texts together and impute to them something that they may not want to say. They may sound, on the face of it, incriminating about Jesus and his apostles, but individually, carefully, patiently studied out, you may find yourself regretting any conclusion like that.

Maybe the best thing I could do would be to just give five pointers to the kind of solutions you will find if you study these out.

First, sometimes the events that are expected soon are not the very coming of Jesus, but things leading up to the coming of Jesus. Here’s an example: Matthew 24:33, “So also, when you see all these things, you know that he is near, at the very gates.” Next verse, and this is the problem verse for a lot of people: “Truly, I say to you, this generation will not pass away until all these things take place” (Matthew 24:34).

“The long-expected Messiah has come, once for all, decisively, in his life, death, and resurrection.”

Second, of course it does say when they happen, “he is near, at the very gates,” which leads to my second pointer: when the New Testament speaks of the Lord being near or at the gates or at hand, it is not teaching a necessary time frame for the Lord’s appearance. Rather, it’s saying that Christ, the long-expected Messiah, has come, once for all, decisively, in his life and death and resurrection, fighting the major battle.

He has set in motion an end time process of gathering messianic people. He has fulfilled many end time prophecies. We are in the last days — we have been for two thousand years — and therefore Jesus is like a king in complete control, standing with his army outside the city, waiting to take it captive. Nothing can stand between him and that capture except his own choice.

That’s the way I think we should read something like 1 Peter 4:7, “The end of all things is at hand,” or James 5:8, “The coming of the Lord is at hand.” Or like Jesus says, he is at the gates (Matthew 24:33). That is, he has appeared. He has fought the decisive victory. He has shown himself sovereign and unstoppable in the resurrection. He has fulfilled vast amounts of Old Testament prophecy concerning the end time. He may step in whenever he pleases. That’s the way I think we should understand “near,” “at the gates,” “at hand.”

A third kind of text uses the word “soon,” like in the book of Revelation where it says, “Behold, I am coming soon” (Revelation 22:12). Now, that Greek word tachu, “soon,” does not always or necessarily mean what we ordinarily mean by the word “soon,” that is, after a short space of time. Rather, it regularly means quickly, suddenly, unexpectedly, fast.

“Surely we should be very slow to impute to Jesus predictions about his coming in a certain amount of time.”

For example, it’s used in Matthew 28:8: it says of the women at the tomb, “So they departed quickly from the tomb.” That’s the word translated “soon.” We must always ask, Is the Scripture teaching that the Lord’s coming will be sudden, unexpected, quick, fast when it happens in that sense, rather than soon in the sense of say within twenty years?

The Time Is Unknown

Fourth, amazingly, the gospel writers taught Jesus did not know the time of his coming. Now, that in itself is a kind of problem, but that’s what it says, and we will deal with it: that the human nature of Jesus was not granted knowledge of the coming that the divine nature of Jesus had in some way, that mysterious thing is affirmed.

It says in Matthew 24:36, “Concerning that day and hour no one knows, not even the angels of heaven, nor the Son, but the Father only.” Here’s the implication: that means surely we should be very slow to impute to him predictions about the coming in a certain amount of time. The Bible says he doesn’t know. What are we saying about him when we say he predicted them? Surely, he would not have said, “I am coming in this time frame” if he didn’t know. That’s not just a prediction problem; that’s a moral problem. We have a major moral issue that I am not going to impute to Jesus.

For example, when he says — Is this how we are going to solve the problems? — when he says in Matthew 16:28, “Truly, I say to you, there are some standing here who will not taste death until they see the Son of Man coming in his kingdom,” what does that mean?

“‘Soon’ can mean that the Lord’s coming will be sudden, unexpected, quick, fast, rather than within twenty years.”

You read that. You read 2 Peter 1:16–17, and you’ll see Peter takes the power and the coming of the Lord as a preview there on the Mount of Transfiguration, which means that what Jesus was saying was that some of his disciples, namely Peter, James and John, would not die before they glimpsed the second coming, or the coming of the Son of Man, namely in what they’re going to experience on the mountain six days from now.

Here’s my last pointer: when Paul uses the word “we” to refer to those who may be alive at the Lord’s coming — “we who are alive, who are left until the coming of the Lord” (1 Thessalonians 4:15) — I don’t think we should say Paul is teaching that he must be alive when the Lord comes, and that therefore the coming of Jesus must be within Paul’s lifetime. If Paul really meant to teach that when he used the word “we,” then what are we to make of his words in Philippians 1:20–23, where he says this?

It is my eager expectation and hope that I will not be at all ashamed, but that with full courage now as always Christ will be honored in my body, whether by life or by death. For to me to live is Christ, and to die is gain. If I am to live in the flesh, that means fruitful labor for me. Yet which I shall choose [life or death] I cannot tell. I am hard pressed between the two. My desire is to depart and be with Christ, for that is far better.

That does not sound like an apostle who considers it part of his teaching that he cannot die before the second coming. No way. I think when Paul says, “We who are alive . . . until the Lord’s coming,” he’s simply referring to those who are alive at the Lord’s coming and is including himself in that in hope, in possible expectation, in general, but not with an intent to teach that Jesus therefore cannot come before he dies.

Those are my five pointers, but my main suggestion and the pointers are just that. It’s all they are. My main suggestion for Ron is that he be very slow to assume that the apostles and Jesus himself show themselves to be false prophets because of a quick and superficial reading of the New Testament. Be patient and be careful. There are answers to these seemingly problem texts.