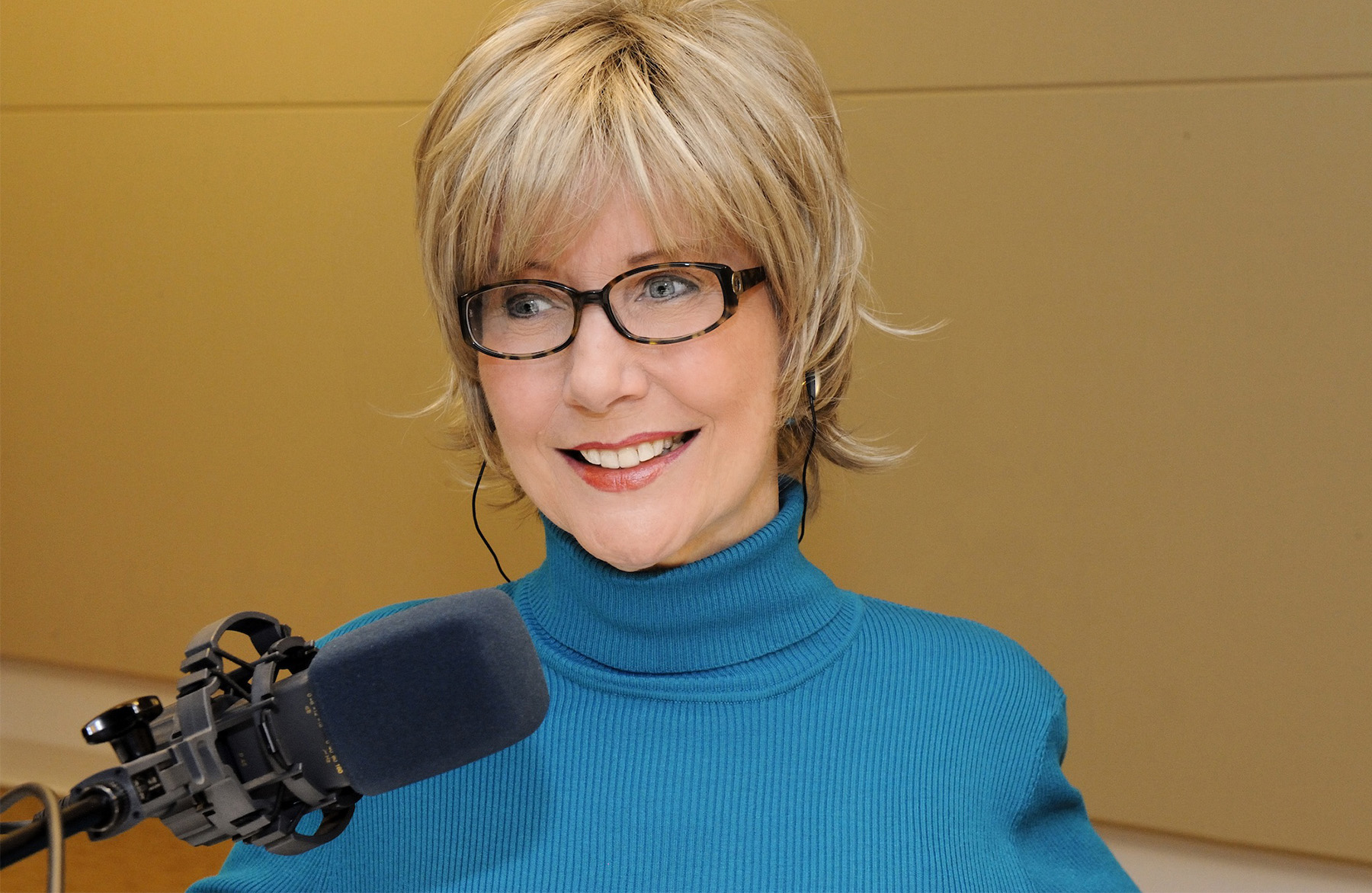 Joni Eareckson Tada, whose battle with cancer has been well documented, has announced that she is free from cancer.

The woman who is internationally renowned for advocating people with disabilities, Eareckson Tada had received a cancer diagnosis for the second time.

However, after months of treatment, she has announced that cancer has left her body.

Making the announcement via the Joni and Friends website, she stated, “Proverbs 25:25 says, “Good news from far away is like cold water to a thirsty soul.” That perfectly describes Ken and me today.

“We were prepared to gladly take whatever from the hand of God, even if it were from his left hand. But the Lord was gracious and heard the desire of our hearts – last Friday’s PET scan shows that my second tumor that was removed last November… did not metastasize! 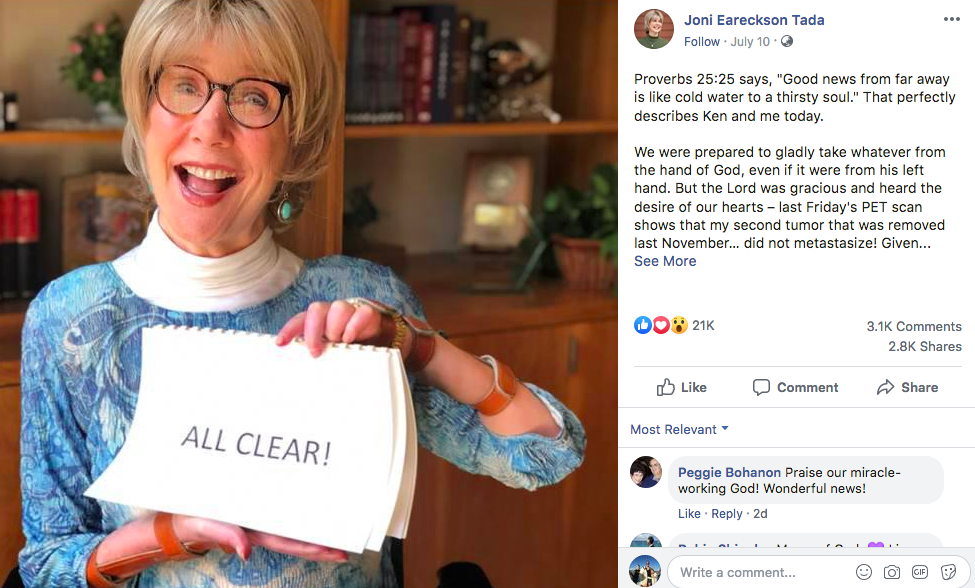 “Given the aggressive nature of that reoccurring cancer, this news is quite miraculous.

So, THANK you for lifting us up before the Lord Jesus. For now, we have been spared of more cancer battles. We humbly realize that may well change in the future; but for today, for now, we are rejoicing in those wonderful words from my medical oncologist: “all clear!” Onward and upward…”

It is well known that Joni Eareckson Tada is a seasoned warrior when it comes to dealing with serious health issues. She has endured 51 years of quadriplegia, chronic pain, and a previous battle against stage 3 breast cancer 8 years ago.

She was also hospitalized during her recent battle with cancer.

In 2010, she underwent a mastectomy and chemotherapy treatment; and in 2015, she was declared cancer free.