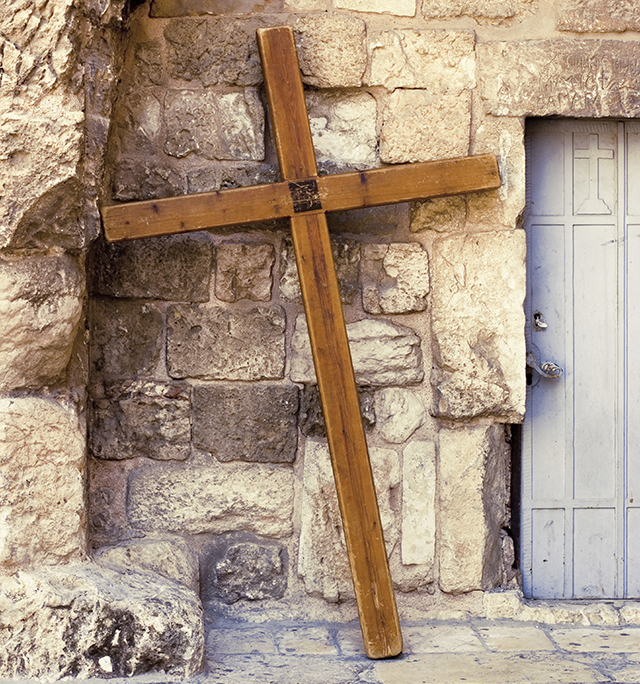 I’m sitting in semi-darkness weeping over Joseph of Arimathaea and the conviction I am under this morning as I examine my own life.

“So Joseph bought some linen cloth, took down the body, wrapped it in the linen, and placed it in a tomb cut out of rock. Then he rolled a stone against the entrance of the tomb.” (Mark 15:46)

He took Jesus down.

How many times have I read this passage and just skipped over this man’s sacrifice? This man’s bravery? His dedication to do a job that nobody would have signed up for.

To approach Pilate was somewhat crazy enough, but then it says he begged . . . Mark’s version said he ‘craved’ the body of Christ. This morning, in the privacy that can only be found at the crack of dawn, I sit and cry, well aware that I am such a comfort seeker had I been there at the cross I most likely would not have volunteered to take on the dirty task.

I picture Joseph prying Christ’s hands and feet free. The open wound on His side oozing blood mingled with water . . . stickiness staining Joseph’s hands and clothes. The discomfort of exposure. To see His Savior naked. People were with Joseph; he had an audience of mourners during this most intimate exercise.

If you recall, Christ’s accusers would not enter the governor’s residence because they did not want to be defiled (that would mean they would have to miss the Passover meal). By this same Law, touching a dead body meant Joseph was disqualified for the yearly feast. For us today it would be like missing our Christmas or Thanksgiving meal. I don’t think it was even on his mind. At that moment, his actions were being driven by his heart, not his stomach.

Brokenhearted, he took Jesus down.

He laid him in his own new tomb. Yet another sacrifice, this time one of financial nature.

So here I sit. Walking through my mind again and again the steps of Joseph of Arimathaea; keenly aware of how many times I stumble in my own devotion to the One who loves me most.

God forgive me. Help me to fully live a life of love-driven sacrifice.

By Lori Dixon | Writer/Speaker/Servant of Christ
Lori is working on a book that addresses the conflicts that sometimes occur between ‘church ladies’- she would like to hear from you via the following NEWanonymous 4 question survey (click here). You may also follow her ramblings which vary from humorous to hard hitting at www.LovingKindnessMinistries.ca or email her at Lori@LovingKindnessMinistries.ca  to say hello.