Married to a blind surfer: the life of faith of Madeline Rabelo 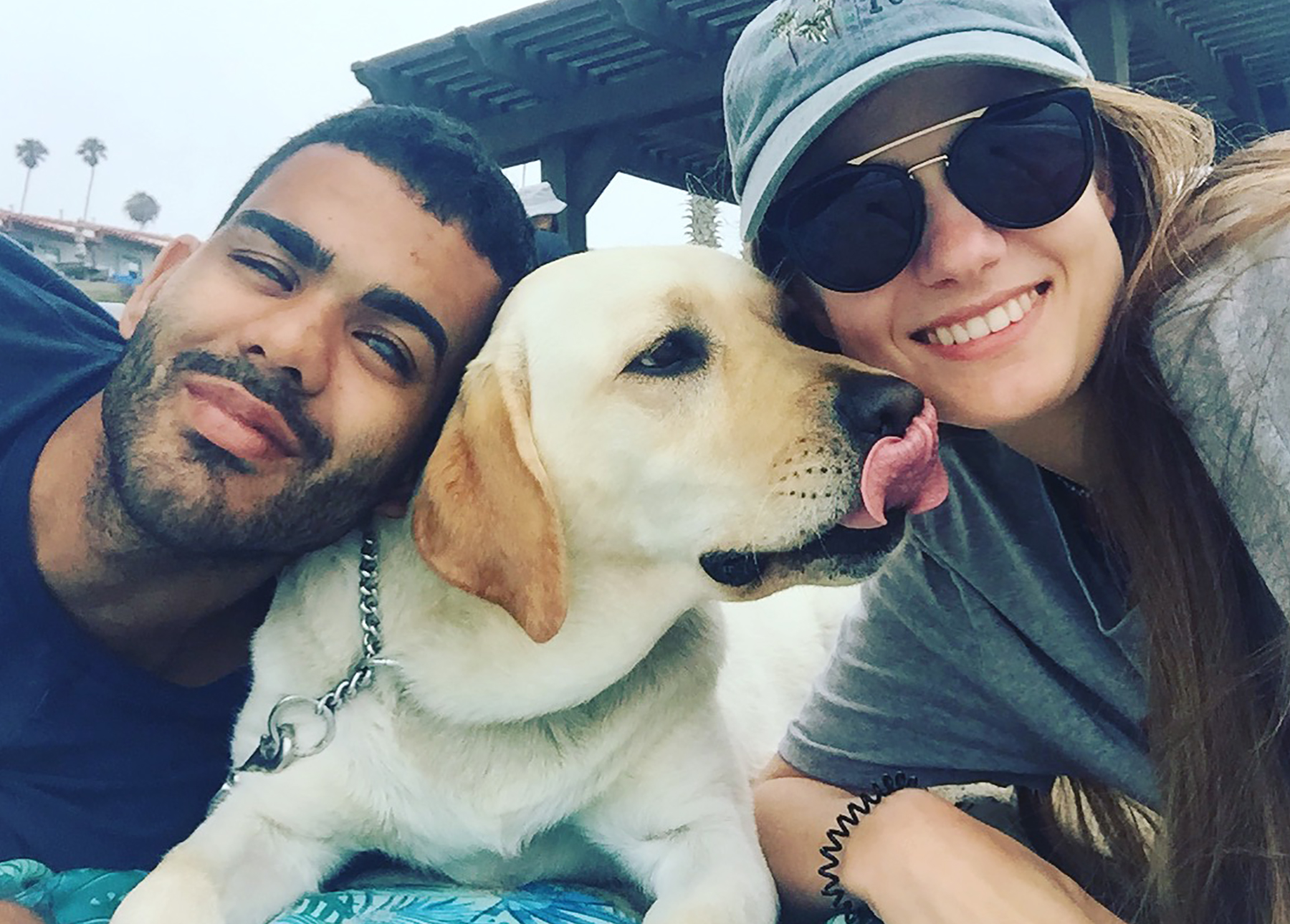 With his new book, Beyond These Eyes, just released, she gives an account of her amazing life with a man who is one of the most inspiring and motivational men – full of faith in his God. Madeline is the great force behind their life and marriage. Her devotion to her husband is wonderful to see and experience.

Did you grow up in a Christian home – was there a Christian influence in your younger years?

Actually I grew up in an atheist home. My whole family is atheist, however my mother now believes in God, which is a blessing. When I was young, about eight to nine years old, I had a close friend and her parents were pastors. One day when she was going to be baptized I went to the church to support her – I was about 11 years old. She told me about God and I made a decision for Jesus before I went to sleep, so we prayed together. That time was so exciting. To me it was a change I finally had someone to talk to about the Lord. I prayed a lot when I was young. Eventually I went to Youth and Kids camps, I always loved to go to those. I learnt so much and grew in the Lord mixing with other Christian young people.

Where and when did you meet Derek?

I was studying in Perth Western Australia at Margaret Court’s Bible College. Derek came happened to speak at the church there one day. He was touring Australia on speaking engagements. That’s where we met in 2016. Actually it seemed a divine appointment. Derek had just finished speaking and sat down in the front row. I came down to the front and accidentally fell over his foot. That was our first encounter! 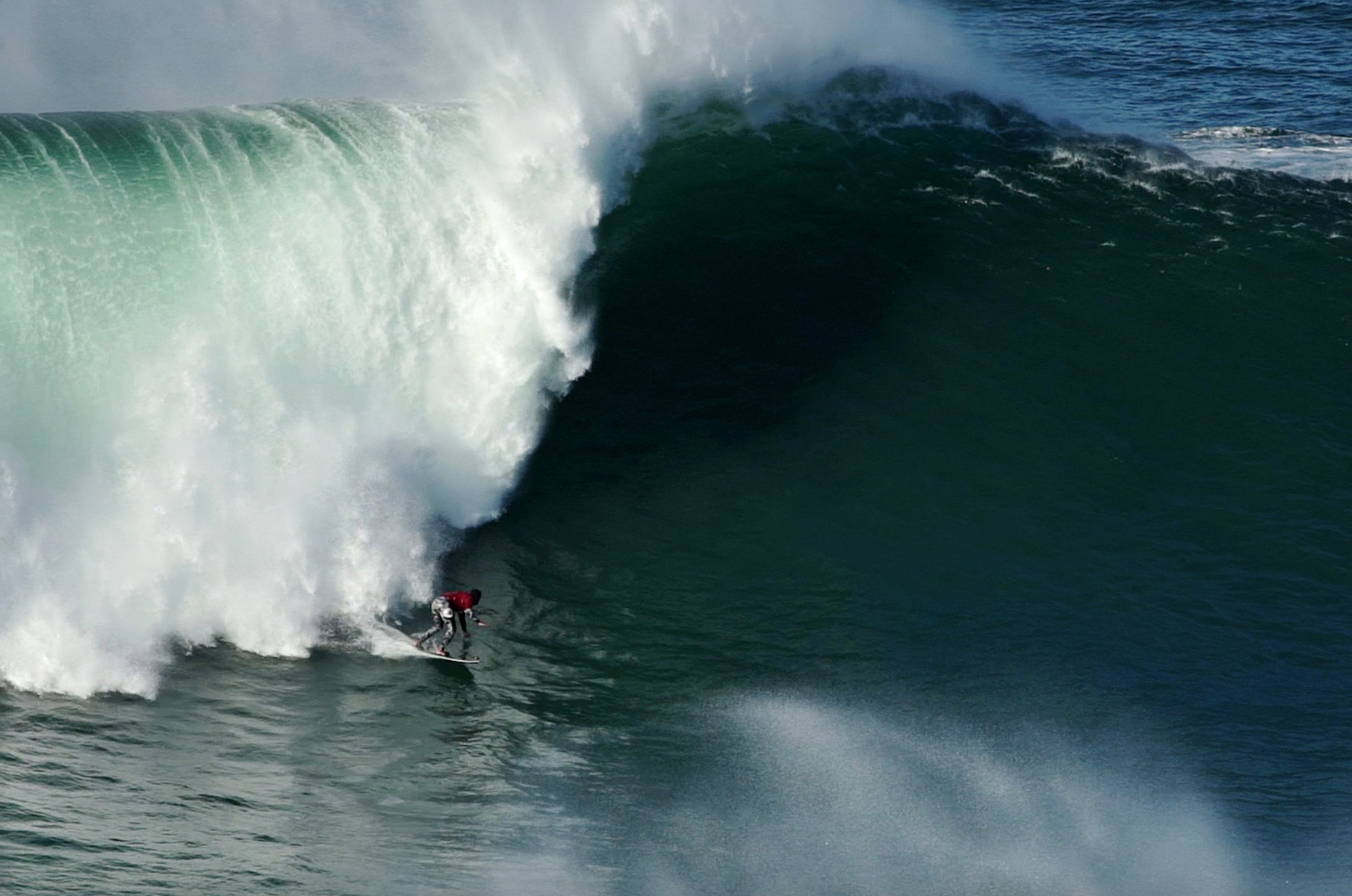 How were you drawn to Derek as a person? Why were you in the right position to meet him?

For me I actually wanted to meet him. I wasn’t thinking about dating – just his story was so inspirational to me. I wanted to be friends with someone who didn’t let anything stop him. I just wanted a friendship. He inspired me so much and I wanted to be around him.

Tell me about your first impressions of Derek?

Incredible. He was just so fearless and amazing. He is so independent being blind but the total opposite of many others who are disabled. He was really funny – he was on the stage speaking at church and making so many jokes. He was also cheeky – I liked that.

Why did you decide to date Derek – did you believe God was bringing you both together and had arranged this meeting?

We were only friends – good friends and he was only in Perth for two weeks. We were talking on the phone every day while he was in Margaret River and it was so much fun to talk to him. We had so much to talk about – never running out of conversation. I realized that I really liked him more than just a friend.

Tell me about your courtship?

Derek was really thoughtful he would send me flowers and gifts a few times a week and he would always compliment me. He was and still is very thoughtful, more than most men. He would organize romantic things to do – he was and is every woman’s dream. It was just lovely. I didn’t think it would be like this forever, but he is so very thoughtful even two years after marriage. I love this about our marriage. Women need to be loved and experience romance.

How did you conduct your dates with Derek as he was blind? Did it take you some time to come to the understanding that you were falling in love with him?

It wasn’t really an issue. Derek is not like any other blind person – he is independent and nothing would ever stop him from achieving. I knew that when we were married it would be different, with him being blind, but I didn’t see it as a big problem. And it certainly is not.

Falling in love with Derek didn’t take long only a few weeks.

Did Derek take time to fall in love with you?

He was in love with me from day one. The first day we had a really conversation actually – the day after we met he was already in love.

How did you both come to the conclusion that you were meant for each other? What were the signs that this was a divine union?

It just felt right. Unfortunately other people’s opinions were a bit negative because of how fast the relationship was moving and because Derek was blind. I just had to overcome this. So I just kept praying and one day God just told me that he is the one. So that was it!

How did Derek propose to you?

He took me to this evolving restaurant over Perth. There was a bit bunch of flowers; they were beautiful roses. We ordered our meal and then he proposed. He didn’t go on his knees. He took me in his arms and I lay my head on his shoulder and he asked me to close my eyes. Then he got the ring out in his hands and he asked me to marry him. This all took place before I even saw the ring. It was all very romantic. It was just so beautiful. 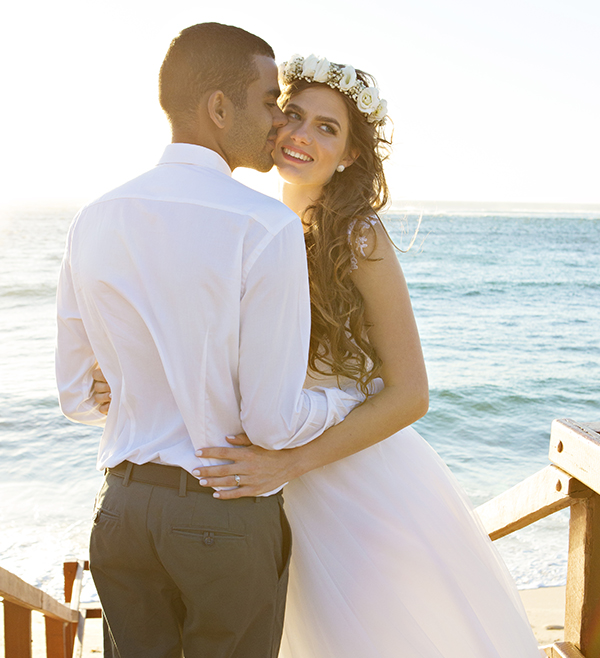 What were your emotions during the wedding ceremony?

I was just crying the whole time. I walked down the aisle singing ‘Angels Brought Me Here’ from Guy Sebastian. It is a very emotional song so I could barely look at Derek because it would make me cry. I tried to look at the ocean so I wouldn’t cry so much, But Derek was also crying. The same emotions were encountered while we were saying our vows. We were crying so much and so was everyone at our wedding.

One of the blessings was that it was wonderful to have both our parents with us – that was so nice. They had to travel from Germany and Brazil.

Derek was travelling quite a bit with his surfing. Did this interrupt your plans for the future?

No not really – only in the beginning he travelled without me then after he took me wherever he went. I always wanted to travel all over the world so this was wonderful for me. I loved it and loved being with him.

You are now a married woman. How this has impacted your life, knowing God had ordained this for both of you?

There is a big difference. Marriage is wonderful with Derek. We are having our first child on Christmas Eve this year. We found out about the pregnancy on Easter Sunday.- so all holy days

What was it like watching Derek ride big waves.? I am talking about Pipeline, Jaws, Maverick and the 50 foot wave in Nazare Portugal? 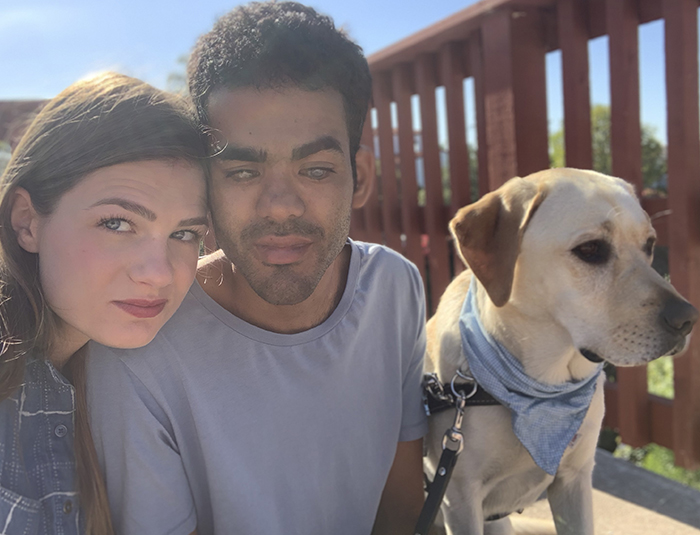 I am usually fine when I’m watching him. I don’t often get nervous. But when he surfed the big waves at Nazare he opened up and told me that he was nervous. He’s never nervous but because of how he was feeling I then got anxious. When he was surfing I was praying and trusting in God. That’s all you can do. But I felt at peace. I always do because I know that God has appointed him to do what he does and impact other people’s lives and God would not let anything happen. Derek has never really injured himself. So this is a blessing.

We are living in South Brazil, this is our home now for the two of us and our family.

Beyond These Eyes, Derek Rabelo’s story, has been published by Ark House Press and is available now.