New White House Press Secretary: ‘God put me in this place for a purpose’ 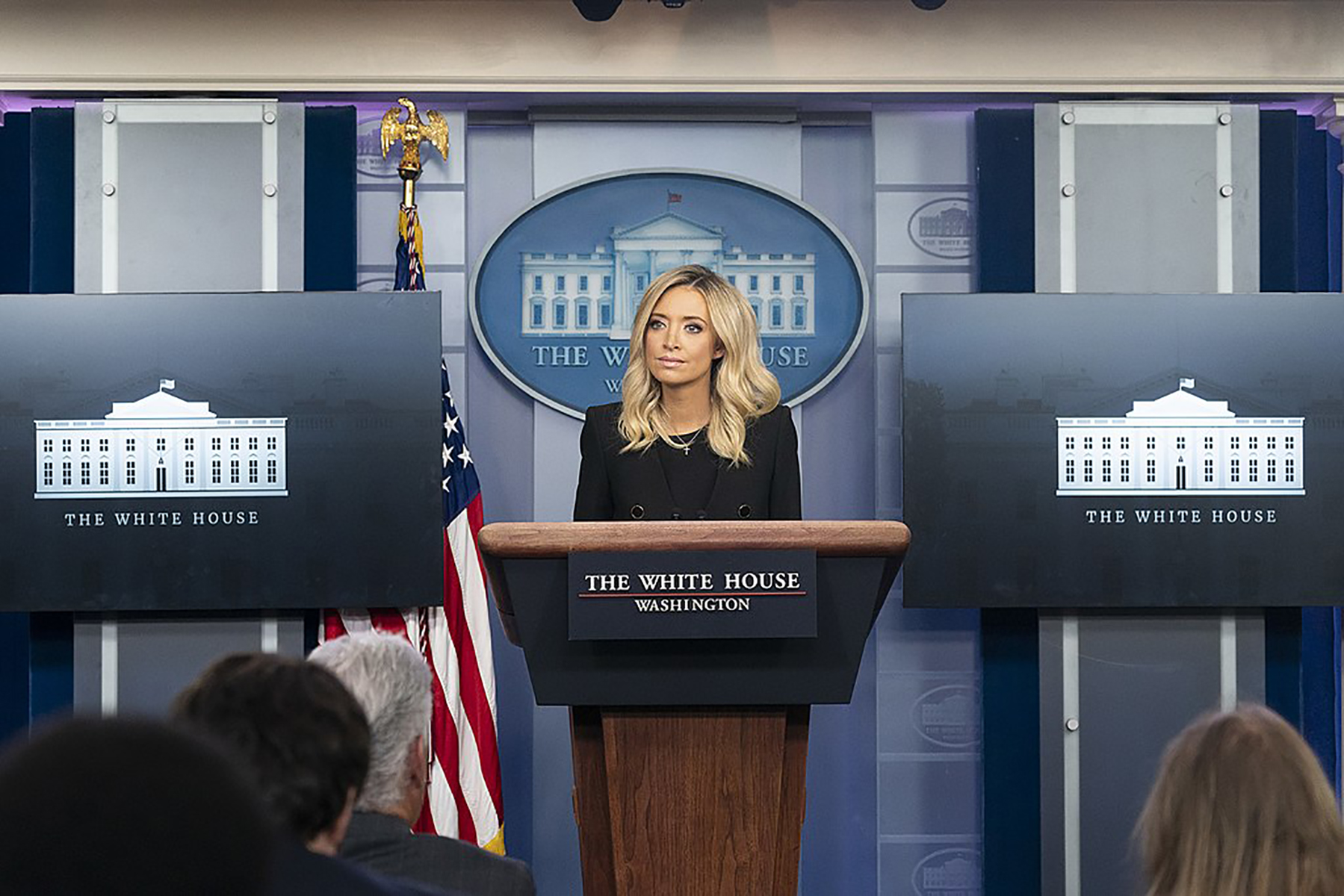 White House Press Secretary Kayleigh McEnany has plenty of sweetness and smiles, but don’t be fooled – since stepping into this huge role in the spotlight, she is arming herself for battle, prepared to defend the president.

And while she may be a fierce defender of President Trump but she’s also fierce about a few other things too, namely love of country and most important of all, her relationship with Jesus Christ. Even though she has a significant job with a prestigious title, to better understand her path to the White House, you need to understand her overall view of life.

Kayleigh McEnany is an American political commentator and author who is currently serving as the 31st White House press secretary. McEnany began her media career as a producer for Huckabee on Fox News and later worked as a commentator on CNN. In 2017, she was appointed national spokesperson for the Republican National Committee and on April 7, 2020, was appointed as White House press secretary in the Trump administration.

It’s a big role for a young woman, but the ambitious Christian woman has the temperament to hand it.

In April 2020, McEnany defended Trump’s assertion that the World Health Organization had shown a “clear bias towards China” and said that the WHO put Americans at risk by “repeating inaccurate claims peddled by China during the coronavirus pandemic” and “opposing the United States’ life-saving travel restrictions.”

When Trump was criticized by experts for suggesting at a press conference that the coronavirus could be treated with disinfectant injections, McEnany said that the president’s remarks were simply taken out of context. Trump later said he was asking a sarcastic question, although there was no indication in his statement that he was making a joke.

McEnany married Sean Gilmartin, a pitcher for the Tampa Bay Rays baseball team, in November 2017. The couple have one daughter, Blake, who was born in 2019. She is also the author of ‘The New American Revolution: The Making of a Populist Movement’.

As the youngest woman ever to fill this position, she spoke to CBN News about the role her faith plays in such an important position.