New Zealand bikie Huw Donaldson would either die in the gang world, or meet Christ 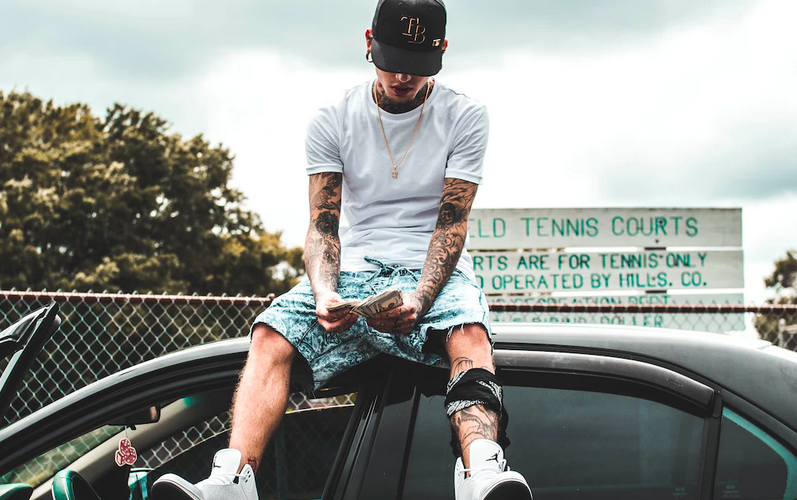 Huw Donaldson was an innocent child from a good background that became the type of person that nobody would have ever expected: a violent and sometimes mindless bikie criminal.

Loyal to few, Huw was raised throughout his teenage years by some of New Zealand’s toughest motorcycle gang members and later went on to make shockwaves himself through a life of turbulence and self-destruction. From the sad beginning, to the crazy middle, with an uncertain ending the best hope for his life, the only way things could change is if he were to meet Christ.

With the faith installed in him from his youth the one thing that gave him the possibility of turning things around, Gangland to Grace is the incredible, true story of Huw’s back flip from a life of crime, to meeting Jesus and seeing his life transformed.

“After my father died and the other aggravating aspects of life drowned out the positive, I chased things for years that never seemed to take me any closer to a place of peace,” Huw said. “It was only after my turning to God that I realized He was the only ‘backup’ a person really needs and the true source of everything good in life.”

To add to the realization of a real savior in Jesus Christ, God also put on his heart the desire to serve as a volunteer to one of Africa’s most faraway places, the country of Sierra Leone. Was this a power move by God to transform Huw’s life and make way for a truly fulfilling future? Only time would tell, but first he had to get out of the spiritual minefield and urban battlefield he had created for himself back in New Zealand, and that would be no easy task…

“I knew things had to change. I saw the young and older guys around me and only a few that I knew would potentially make it through life to the end,” Huw said. “Of the likely many that wouldn’t make it, I didn’t want to be one of them. I knew there was a God and I realized that it would only be by coming alongside of Him that my life could possibly become a success.”

This first-time author believes his story needed to be told. A story packed with controversy, murder, betrayal and much more, this book is certainly not for the faint hearted. Sadly, life can sometimes be like that too, and it is perhaps through the telling of a story such as this that others going through their own trials can find courage to also keep going forward and then beyond into what God has for them.

The author of Gangland to Grace, having found himself still alive after the unfolding of many an exceptional circumstance, can now lay claim to several major achievements. These include: being awarded an Academic Award of Excellence for his studies during the completion of a Diploma in Christian Ministry at Lifeway College, plus missions trips to the Philippines and Cambodia with the same college and church prior to his own planned and completed missions to Sierra Leone, West Africa where a whole different chapter of his life begins.

With a police history that gives wait to the veracity of the early stages of his life, and a solid network of friends and supporters, this highly unusual character has an unmistakable element of honesty that cannot easily be debated. Honesty about his life and as God begins to work on his character, truth from a biblical perspective as well.

Gangland to Grace, published by Ark House, is a must read – part drama, part transformational, with God being the major contributing factor in what is to be a happy ending. This book could be the very book that transforms your life too.