Our God is rich in mercy 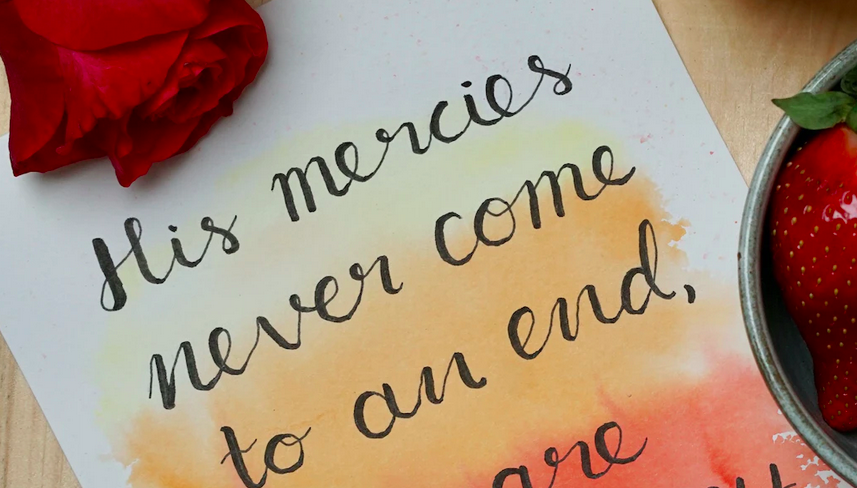 “As for the rich in this present age, charge them not to be haughty, nor to set their hopes on the uncertainty of riches, but on God, who richly provides us with everything to enjoy. They are to do good, to be rich in good works, to be generous and ready to share, thus storing up treasure for themselves as a good foundation for the future, so that they may take hold of that which is truly life”—1 Timothy 6:17-19 (ESV).

After more than three months without a winner, someone won the largest Powerball jackpot ever last week. The pot was a record-breaking $2.04 billion. Someone is now rich.

According to one expert, the odds of winning the Powerball jackpot are one in 292 million. Did you know your chances of being struck by lightning in your lifetime are one in 15,300, according to the National Weather Service?

What surprises me is the number of churchgoers who regularly purchase lottery tickets, hoping to get rich.  I’m not judging those who choose to play, but I pray they understand the true riches found in a relationship with Jesus Christ. Only Christ knows the heart.

Nothing to Lose with Jesus

In an encouraging letter to the Ephesians, the Apostle Paul writes, “But God is so rich in mercy, and He loved us so much, that even while we were dead because of our sins, He gave us life when He raised Christ from the dead” (2:4-5 NLT).

We don’t have to pay to earn spiritual riches because Christ already paid the price. As Paul says in the same letter, “It is only by God’s special favor that you have been saved” (2:5b NLT).

Is the Gospel message that simple? Yes and no. While we come to know the Lord by believing and receiving, it’s important to remember the clear directive Jesus gave to His disciples. “Follow Me.”

When Jesus asked the disciples to follow Him, they dropped what they were doing and obeyed. They left their jobs, their families, and their friends to follow Jesus. And although they were loyal for the most part, it wasn’t an easy life. Jesus didn’t promise them riches. Instead, their loyalty to Jesus led to a life they never imagined, including death for spreading the Good News.

Following Jesus is a radical decision. It’s a change in direction. Your purpose in life and the choices you make change. When Jesus calls, we’re expected to follow.

When I said, “yes” to Jesus, my life changed. My post-retirement career plans changed. The choices I’ve made and continue to make are influenced by my decision to follow Him. I haven’t gained monetary riches, but the decision to obey Him can’t be measured in dollars.

When Paul was under arrest by Felix, the Roman governor, the apostle refused to flatter the governor or try to win his favor. Instead, Paul was open about His mission—to win others to Christ.

Paul refused to give up. Two years later, he was still in prison, and the governor was still an unbeliever. While Felix listened to Paul, he refused to repent and commit His life to Christ. He considered the cost too high, and he wasn’t willing to give up his sins to follow Jesus.

Following Jesus requires sacrifice. The cost is high, but the rewards are greater. That’s why Paul urges us in Philippians 3:14 to press on toward a greater goal—“for the prize of the upward call of God in Christ Jesus.”

After a 30-year teaching career, Carol Round found redirection as a Christian columnist, author and inspirational speaker. She is the author of nine books, all available at Amazon.com. See her website at www.carolaround.com for more information.