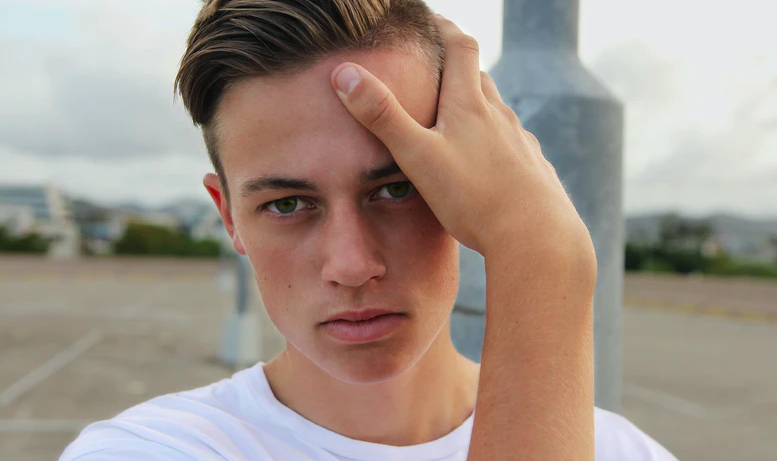 Most Christians at least should know what my title refers to. PKs (Pastor’s Kids) and MKs (Missionary Kids) can be a special breed, given the high profile nature of their parents. When you have parents who are routinely in the spotlight as they serve the Lord in various ways, life can be interesting.

Among other things, it is more or less assumed that if one has such active and very public Christian parents, the kids will turn out to be just the same. But sadly this is not always the case. Indeed, I have met many Christian leaders and those in full time Christian service who seem to have various problems with their children going off the rails.

And some of these Christians are among the most godly and dedicated Christians I know. So it is all the more shocking when you learn that their kids are not always staying on the straight and narrow. But one need not even be a well-known Christian parent: even “ordinary” ones who do their best to raise their children in the faith may not always see the results that they like.

The worst I suppose is when a devout spiritual couple see their children actually renounce the faith they were raised in. That would be so very difficult to take. But plenty of things can happen that can be equally heart-wrenching. A child may decide for example to engage in what they know to be sin, be it sexual immorality, or “coming out” as a homosexual, and so on.

As I say, I have met a number of godly and wonderful Christians who tell me such stories. They lament the fact that their son or daughter has left the faith, or has embarked on a life of serious sin and disobedience. That is some of the most heartbreaking stuff a Christian parent will face.

A few things can be said about all this. One, many believers will instantly point to Proverbs 22:6: “Train up a child in the way he should go, and when he is old he will not depart from it.” This of course is a wonderful and comforting text indeed.

The question remains however as to whether this is some sort of ironclad guarantee. Let me try to answer that by broadening the discussion here: are the Proverbs as a whole meant to be taken as absolutes that will always come about? This is how I replied in an earlier article:

Thus these are not absolute commands that we must run with, but guiding principles to help us navigate our way through life. As Lindsay Wilson comments: “This actually helps us to see the nature of proverbs. Few proverbs are designed to cover every situation. ‘Too many cooks spoil the broth’ and ‘many hands make light work’ both seem to be true, but they cannot both apply to the same situation at the same time.” …

As Fee and Stuart say in their quite helpful How To Read the Bible Book By Book:

“Their function is to offer practical instruction for the young, with the focus on how to live uprightly and well in a society that understands itself to be under God. It is important to remember that these proverbs functioned primarily in the home to reinforce the benefits of living prudently and well in everyday life; they are not religious instruction as such. Nonetheless, their goal is to mold the character of the young in ways that conform to the law, even if the law itself is not mentioned. Their method is the same as with proverbs universally – to express important truths for practical living in ways that are memorable and thus repeatable. This is done by overstatement, by ‘all or none’ kinds of phrases, or by catchphrases that are not intended to be analyzed for their precision.”

A second matter that arises is whether PKs are under extra special pressures that other Christian kids are not. I was the first one to become a Christian in my family, so I do not really know. I was not a PK or an MK or a CK (Christian’s kid). But some believe that they can be in a different category and with their own problems.

Recently for example I posted on the social media about a child of a very famous Christian who had sent in a comment to my website. It was a rather odd comment, and I wondered if she had perhaps gone off the rails as her brother famously had.

As to the latter, I refer to Frank Schaeffer, son of Francis Schaeffer. He seems to have become so embittered and angry at his parents and their God that he wrote a whole book which was one long and nasty rant in so many ways. Talk about turning against your own parents and their faith.

It was so bad that one colleague of Francis Schaeffer, Os Guinness, who lived with them at their L’Abri ministry in Switzerland, penned an article about it for Christianity Today. He said in part: it is a “scurrilous caricature;” “no one should take Frank’s allegations at face value;” and “no critic or enemy of Francis Schaeffer has done more damage to his life’s work than his son Frank.”

Yes, Guinness went on in his book review to say that the Schaeffers were of course not perfect and they did have some issues as parents. For example, Guinness notes one area where the Schaeffers may have failed:

At a deeper level, Frank’s baleful influence on his father is a textbook example of how Christian ministries and organizations can be ruined through undermining their own principles – in this case, through nepotism and family politics. We have a rash of nepotism currently afflicting evangelicalism across the board, so this point carries wider lessons. In the early 1970s, when I was considering my long-term future at the Swiss L’Abri, I remember asking John Stott and James Houston what sort of questions I should be asking. Among other things, they both made the same point: ‘Watch and see whether the Schaeffers truly give authority to those who are not family members, or whether the family members are always more equal than others.’

In my social media discussion about some of these matters, one gal seemed to be defending Frank against his parents, although she admitted to not having read his book. (I must say that I have had no desire to read it – but I have read enough of what others have said about it to want to steer well clear.)

This gal went on to say that she works with PKs and others like them, and from her point of view they have plenty of issues and problems, and that often the public persona of these parents can be quite different from who they really are at home. As I say, I am not one, and I am sure that in some ways they may have additional pressures and burdens that perhaps the rest of us do not have. But I did say this in reply:

Sure, but there are two extremes that must be avoided here. If we should never assume that any Christian public figure is perfect and pure, and is always an ideal spouse or parent, the opposite error is just as bad: to believe every word an angry, embittered and faith-denying person says as they lash out at family and loved ones. Some might have legitimate grievances and a right to be disaffected, but others are simply preferring to make excuses for their sin and darkness as they lash out at God and godly families.

And that leads to a third and final consideration. Yes in one sense it is tough for PKs and MKs. But it may be just as tough for the parents themselves. All those in a Christian leadership position or in the spotlight have all sorts of high expectations put on them.

Indeed, they are set up on a pedestal, and are expected to live exemplary and even foolproof lives. We demand so much of them that when they do fall or disappoint, we find it so hard to believe. And their crash is even more spectacular. But leaders and pastors are simply human beings – just like we all are.

Yes, there are many biblical injunctions and commands for leaders to be men and women of character, integrity and holiness. But they are still fallible and fallen. They are still people just like us, and they still put their pants on one leg at a time.

If we expect too much of them, demand too much of them, and raise them up too high as demigods, that will just make things even harder for them, and make their fall all that much more spectacular. So they need our prayers big time, especially given the fact that every week pastors, priests, ministers and leaders are quitting the ministry.

They are burned out, bummed out, and feel they have little or no support. They have legions of critics, but very few actual supporters. No wonder they are dropping like flies. And their children need prayer and support as well. It is true that children of big-time Christian leaders often are neglected or overlooked.

I recall some years ago reading about the daughter of Bob Pierce, the founder of World Vision, bemoaning the fact that she saw so little of her own father. He had built a great ministry, but seems to have neglected his own offspring in the process.

In 2005 Marilee Pierce Dunker wrote a book about this called Man of Vision. One write-up of her moving biography is found here.

Throughout the memoir he says he was neglected by his parents, which may have been true – though he was always central in the daily thoughts and prayers of his mother, and at the time he welcomed the neglect as freedom. Frank also hints at his ability to manipulate his parents because of their guilt over the neglect: ‘No one has more power over a loving father (especially if that father feels a bit guilty for neglecting his children) than a beloved son.’

In sum, I am NOT a counsellor or a therapist or an expert in Christian parenting and family life. Indeed, I often think I have been a bit of a failure when it comes to my own family, so I guess I am the last one you should come to for advice on these things.

But perhaps at the very least this article might help us all to be mindful to keep pastors, missionaries and church leaders in our prayers, along with their spouses and children. They certainly can use such prayer.