Renewed, Revived and Transformed: Is it time for the Great Awakening? 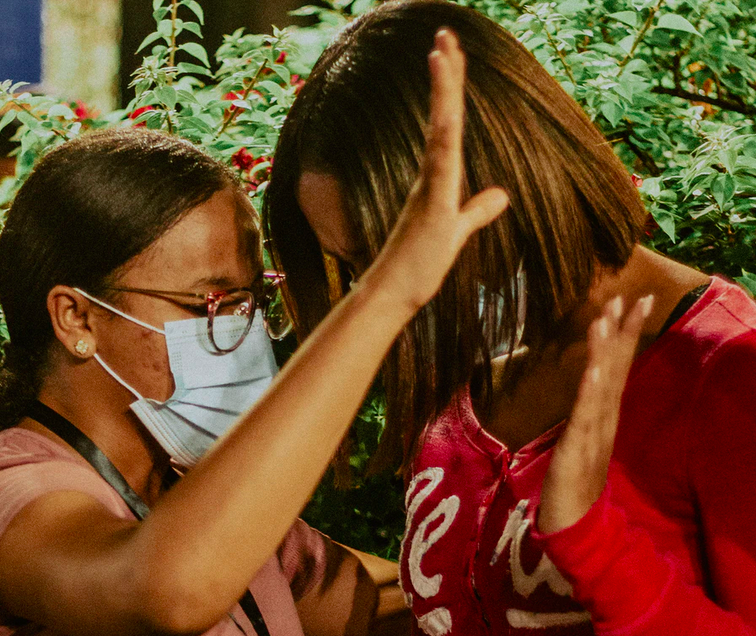 In 1974, in San Antonio, TX. I was introduced to Major W. Ian Thomas, founder of Torchbearers International.  This was during a season of renewal, revival, and transformation for many of us.  The Asbury revival and Jesus Movement were having a ripple effect around the United States and beyond.  In the Spring of ’74 my wife and I visited friends in San Antonio in hopes of hearing Jack Taylor, pastor of Castle Hills Baptist Church at the time and author the Lord had used in many of our lives.  His book, The Key to Triumphant Living, was being used by the Lord and was having significant impact.

Rather than hearing Jack Taylor on that trip, Ian Thomas was the guest speaker for a week of meetings at the church.  For me personally, it was through Major Thomas that I received fresh insight and understanding of the significance of Gal. 2:20 and Col. 1.27.  Experiencing the realization of Christ living in me gave me a renewed passion for sharing Him with others.  In subsequent years, I began seeing more people come to Christ just accidently, than I had before on purpose.  Major Thomas’ book, The Saving Life of Christ, gives a great summation of what it means to let Christ live in and communicate His life to others.

Habakkuk 2:14 tells us that a time will come when, “The earth will be filled with the knowledge of the glory of the Lord, as the waters cover the sea.” It is a good indicator that we can expect a worldwide revival. There are increasing signs that we could experience that prophecy in our lifetime. Another amazing promise from Scripture is that the Good News of the Kingdom will be communicated in the whole world as a testimony to all nations, and then the end will come. There are many other prophecies and promises that should encourage all of us as followers of Jesus.

There are many parallels to be found when we study the major revivals and spiritual awakenings recorded throughout the Bible, as well as in Church history.  They normally happened during crises, hardships and difficult times.  Significant movements of God have resulted in activating the Body of Christ and many turning to the Lord.  There are many lessons and principles that should encourage each of us as followers of Jesus. In a conversation with a friend who is a biblical scholar and historian, he was sharing with me some of the conditions that existed just before the First and Second Great Awakenings in the United States.

Things were very bad.  There was a lot of turbulence and disturbing developments.  It is amazing when we observe the parallels between cultural issues and societal conditions between then and now.  Moral and spiritual decline seems to set the stage for renewal, revival and spiritual awakening and increasing numbers of people coming to an awareness of their need for the Lord.

A Decade of Impact

In the decade of the 1980s there were several pockets of awakenings and significant movements.  A major prayer gathering of more than a million people took place in South Korea during the summer of 1984.  It was just prior to the Summer Olympic Games in Southern California.  There was a lot of prayer and preparation that went into the Olympic Outreach Coalition.  More than 70 mission groups and denominations, and 1,800 churches in the region took part in that outreach effort.  We heard reports the crime rate in Los Angles was the lowest during that two-week period than it had been in modern history.  It was estimated that more than 1,000 people responded to the gospel every day during the Games.  Dr. Ralph Winter, founder of Frontier Ventures, (then known as the US Center for World Mission} said, “It was the most lavish outpouring of effective, well organized, evangelical attention to any event in history.”

A Catalyst for Awakening

The 1984 Olympic Outreach was a catalyst and set in motion several other movements over the next several years that went worldwide.  The Winning Way Coalition and the International Bible Reading Association were birthed during that time. 1990 was declared the International Year of Bible Reading, by a congressional resolution, followed by a presidential proclamation by President George H.W. Bush.  A few other presidents and heads of states around the world also issued similar proclamations.  Bible reading marathons and prayer vigils were conducted in various places around the world. A Bible Reading Marathon was conducted on the Mount of Olives in Jerusalem, then to Berlin, Washington DC, and many other cities.  College and university campuses also hosted Bible Reading Marathons and Prayer Vigils.

In 1995, Seoul, South Korea was the host city for the Global Consultation for World Evangelization (GCOWE ’95).  It was one of several gatherings connected with the AD 2000 and Beyond Movement.  During those meetings I had the opportunity of spending some time with Dr. Robert Coleman.  Of the many books he has authored, he had just finished his latest at that time, titled The Coming World Revival.  Dr. Coleman has written extensively over the years about revivals and spiritual awakenings.  He has said, “Scripture seems to allude to a world revival, though this interpretation is by no means unanimous.”

Impact in the Academy

It was also in 1995, that God sparked revival and awakening on the campuses of several colleges and universities and seminaries.  Beginning at Howard Payne University, as well as Houston Baptist University, the move of the Spirit eventually spread to more than 50 campuses around the country.  Several articles and books were written during that season, giving account of how the Lord was at work.  There was much brokenness, repentance and open confession that seemed to be contagious.  All such movements are certainly accelerating the spreading of the gospel.

The Next Spiritual Awakening

Increasing numbers of church and mission leaders are sensing that we could be on the verge of the next Great Awakening, and many are praying and believing for it. Renewals, revivals, and awakenings can take on many forms of expression, and they may not look like past movements. They can be personal or corporate. It is wonderful to be part of a corporate move of God. However, we do not have to wait for some sweeping move of God. He is ready and prepared to renew each of us as we seek Him with our whole heart.