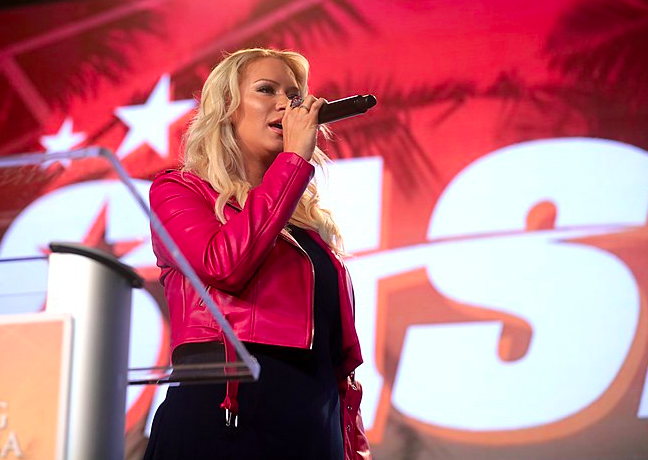 A former pop star with ‘The Pussycat Dolls’ has opened up about the cost of fame and the pain she experienced after having three abortions.

Kaya Jones, former pop star with the popular girl group, sold more than 15 million albums and 40 million singles, but Jones sums up her experience as simply “selling a lie”.

Despite the glamorous portrayal of her stardom, she described her life as, “I was tainted, I was destructive, I was destroyed, I was enchained and in bondage to the devil … I was not living in my purpose.”

‘Painful beyond measure’: Kaya Jones of ‘The Pussycat Dolls’ shares regrets for having multiple abortionshttps://t.co/jGCF3BvRRN pic.twitter.com/tyw2lp3wFK

“It feels like you are a slave to your dream, literally, and the powers that be are holding the keys to the kingdom. You have no access to personal thoughts, space, choices, decisions… You are an owned commodity …”

Jones also vulnerably recalled her experience of having three abortions, the first of which she had at 16.

She explained, “After the first one, you don’t think you’ve done anything wrong … I didn’t have any understanding of it.”

During her time as a Pussycat Doll, Jones had her second abortion, after she was told to “get rid of it”.

She then had her third abortion at the age of 30 after she was raped. Despite wanting to keep the baby she decided to have an abortion, due to “stress” and “complications”.

In an incredibly vulnerable episode, Former Pussycat Dolls singer, Kaya Jones, sits down with Christine Yeargin to discuss her abortion pain and regret for the first time ever on camera. pic.twitter.com/vY1i078EdZ

“It is painful beyond measure,” she shared. “It is something you live with for the rest of your life and when it hits women at a later time it is something that is so painful.”

Jones commented how she thinks, “our culture has turned it into a form of contraception” and now uses her testimony and experience to point the world to the “lifesaving message of Jesus Christ.”

In a recent viral-recording of her testimony, she stated:

She added, “Give the pain over to Jesus. He will heal the broken pieces. It’s time all men and women lay it down at His feet. He has forgiven you. Now forgive yourself.”