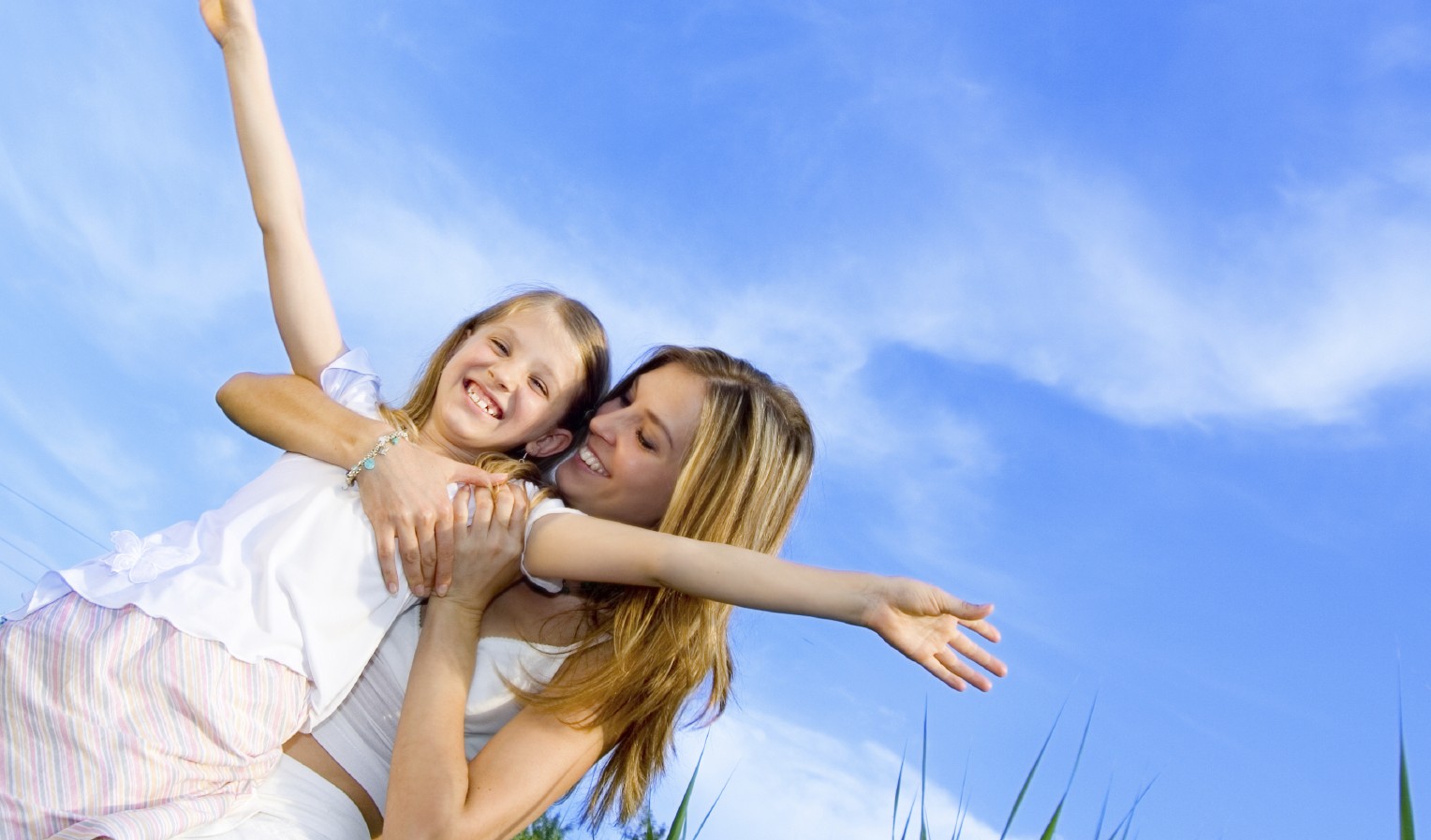 My husband of twenty years had just been unexpectedly ushered into the presence of God. He left a 14-year-old son, a ten-year-old daughter, and me – alone. Thus began a new and unwelcomed season in our lives, which caught us by surprise. But one that God fully intended for us to refine us in ways we could never have imagined.

Single parenting was never God’s design. Yet, through death, deployment, divorce, or disabilities it’s often his individual plan for some. It’s not a punishment; yet, as the only adult at home it may seem so.

Women understand the mothering part, but alone we’re given the added joy of being the father. Given circumstances there might be grief, anger, or despair we want to hide from. Or perhaps ignore dad’s place, pretend nothing is wrong, or cloister our family until we suffocate them. But none of that is God’s intent.

Once the initial knee-jerk reaction is over, we now have to start figuring out where to go and how to get there. We cry out in shock at the reality of what has actually happened. The marriage we’d planned on spanning several decades has vanished, along with the security that union brought. We realize what is missing, a dad, a husband; and now try to figure out how to replace him.

If we are not too angry with God, a natural response he fully understands; we invite him to take the lead in our lives. We find he is ready and has even provided a wealth of promises in the Bible of his faithful support. Now we move onto adding fatherhood to our resume’.

Replacement dads are hard to blend into a single woman home and carry their own complications. So until a different scenario emerges, you alone must embrace what it means to be a man, a dad. This is true whether you have sons or daughters.

For midlife women, like me it’s especially difficult. After two decades as we’ve usually just found a comfortable groove in our marriage, career, and ministries, and relationships. But change isn’t only possible; it’s seamlessly easy with God.

First step in my re-creation was to discover a father’s perimeters. I was a gender spy who read countless books on every aspect of being a godly man. I coerced a good friend’s husband into getting his men’s Bible study notes and poured over seeing the Bible from a man’s view.

With a son and daughter desperately looking to me, I had too much at stake to just hope for the best. I refused to let my husband’s death and absence become a crutch for my children.

made by using what I called ‘Excuse Cards’ for rebellious behaviour. Their intentions may have been from a desire to protect, but making or allowing excuses never develops independence and maturity. Indeed, the opposite always occurs.

Therefore, I determined to stick to our original plan and raise godly, well-balanced children. In stubborn faith I clutched onto God’s promises as if they were, and they were, the very air I breathed.

Next, I uncovered my husband’s specific dad impact. For our son, my husband had coached four sports, led a boys’ Bible class, was a Boy Scoutmaster, and taught trombone. Sports were my only option. I devoured sports biographies, videos, playbooks, watched ESPN with him, coaches, and organized boosters’ clubs. This secured communication, which kept my son’s bruised faith receptive to God’s voice.

Beyond sports, auto mechanics and home repairs were tackled through two marvellous how-to book sets. Part to train my son regarding those manly things, part for economic survival.

When your spouse is absent your children must know you can handle any disaster; personally or through contacting the right person. But that helper must be seen to work under your authority. Seeing you in charge is crucial. This is also where seeing you fully under God’s authority will either draw or distance your children from God.

Then, understanding the father’s protector/provider role is crucial. I latched onto the absolute of demonstrating, that underwritten by my completely able God I could meet whatever catastrophe occurred.

With my reliance on God I saw my children began to trust God again. To trust him not to take me as well. Panic was replaced by that trust as my children realized I did not have all, perhaps any of the answers to our hard questions. But I had unwavering faith in God.

My faith was often a sore spot for my children, as they felt betrayed by God for allowing their dad to die. They questioned how I could just continue moving on and lean on a God who would hurt them so. This appeared an insurmountable obstacle making their return to God questionable.

Then, I stepped out in blind faith and claimed that healing for my children and was amazed at the verses he led me for assurance. Only the Holy Spirit deserves credit for the calm I received from the Bible during this long valley. The more I sought the face of God in his word, the more he revealed himself to me. Soon I saw his face and not my trials.

Now, to my daughter’s needs. My husband prized his little girl. He coached her sports, played piano so she could rehearse her ballet and tap, read her to sleep, and listened to endless school recitations. Weekly she joined his choir practice because she loved to hear her father sing. She joined him in perfect harmony and would even correct his pitch.

In an effort to steady her shaky heart I took piano lessons, coached soccer and tennis and directed the oral language program. Most importantly I sent her yellow roses for every special occasion. That was there secret father/daughter code. She wept an hour when the card read, mom. But her thank you relieved me she was starting to heal.

With my children on the path toward a restored peace with God I was able to clearly see his handiwork. With every success his mark was there. His faithful presence and words sustained me as a tightrope walker relies on the net.

Two years later I wondered if I should consider dating and bring a real dad into their lives. Every time I tried to pray about dating Isaiah 54 leap from the page. God was my husband, thus my children’s father and I needed to lay this issue to rest. I did.

Years and examples pile up with how God transformed me and comforted my children. He perfectly met our every need and many of our wants along the way. He was the central figure of every trial, standing a warrior ready to defend my little home.

Then, some serious challenges came with finances and those teenage years. I knew God had not deserted me, but began to wonder just how much more my shoulder could bear. Then I realized I had been trying to carry the burdens only God could.

Several months on hard roads with both kids and the very real possibility of financial failure I finally took Gideon’s tact. I started thanking God in advance for meeting our needs and walking away. The kids accused me of being unrealistic. I accused them of being pessimistic.

After a dozen situations where God’s hand alone snatched us from a grave outcome my kids begin to think maybe God and I knew what we were doing.

At one point when my washing machine exploded my son hollered, “Mom! Better thank God in advance for a new washer.” The sound shook the house, but the power behind my son’s words stole my breath. Yes, I’d thank God in advance, for a victory of restoration had just taken place in my son.

The same day, my daughter was diagnosed with a rare form of asthma and the effects were not good. Again, I sought God’s face, refusing to bend to the deceitful, distracting whispers of the enemy. In the doctor’s office I thanked God for the treatment he would provide. Within minutes of taking the medicine she was breathing normally.

With the kids outside the doctor said only one is ten thousand who have this form of asthma respond to medication. Had I not kept my focus on God’s face the miniscule percentage of success the doctor quoted might have made me dizzy. But my eyes were fixed on God.

Many times I felt like I would stagger under the role of protector/provider. But with each challenge God stepped in to fulfil that role through me.

Finally, my son is thirty-three, married five years with a two-year son. God has blessed him with the kind of wife a mother’s prays for. My daughter is twenty-nine, a gifted teacher and seeking God’s fulfilment of a husband. Both make my heart tight as how God has blessed them and where he’s brought them.

At first learning to balance the role of dad and mom was like eating broken glass – tastefully. Pouring over what the Bible had to say about husbands/wives, parents/children however gave me clear directions how to proceed. Only a mighty God could have brought about this transformation. One I’m forever grateful and humbled that he did.

All praises to him alone!