The blessing that comes after the storm 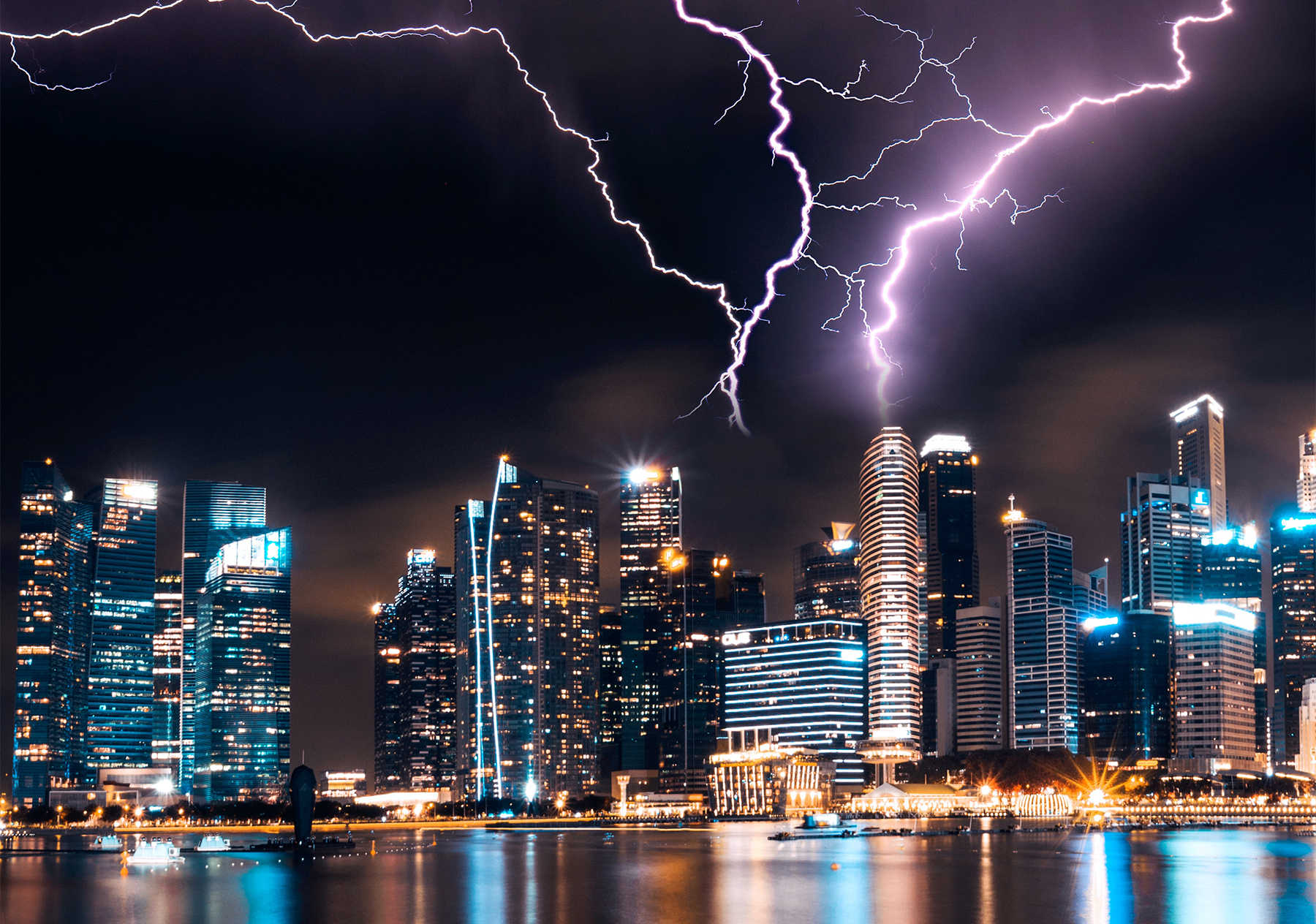 I could hear the wind howling, and the smaller trees in our backyard began to toss back and forth, like young inexperienced ballerinas dancing across a stage. Outside of the screened in porch, I could see the trash can and unsecure pillow cushions along with a flag pole, flying by as if they were only a discarded piece of paper.

Looking further into the woods, the scene wasn’t nearly as calm. Large trees began to snap and shed their branches and a rotted tree house was beginning to descend to the ground. The pounding rain & flooding water blinded my view, from the uprooted trees and structural damage that would soon follow.

Even more concerning to me was the roaring sound on our roof top as the shingles began to roll back. Curled up in the wicker chair on the back porch, I began to pray for God’s protection and favor over our home. Already we had suffered the loss of quite a few shingles during the last storm. I fearfully realized replacing the roof was not something we had anticipated in our already tightly constrained budget.

Months earlier, we had merely replaced the damaged ones until we could come up with the thousands of dollars that were needed to replace the entire roof. As I continued to pray, I was overtaken by tears.

I began to reflect back on how in the past my own marriage had been attacked by a spiritual warfare and how it had been rocked by a storm so severe that it seemed like at times it would not survive the tossing about. I recalled how Satan had come to bring about fear, anxiety, and attack our faith & intended to shake our very foundation. Yet even while I had gone astray, my husband continued to pray, stand on the word & trust God to provide refuge in the storm. I am confident that when we make the right choices in the storm, we can reap the blessings.

If this makes any sense, I am grateful that God CONSIDERED & CHOSE us and that he knew that we could make it. Just like he considered Job when he was tested in the Bible.  My friend, Job lost everything he owned. But he kept the faith, perservered & was rewarded exceedingly for enduring the suffering. I am still amazed that almost two years later after that attack on our family, God has blessed us to be partners in a marriage ministry. We have been able to share our story with thousands & God has used our mess to offer hope and minister to many couples who found themselves in a very similar situation.

We did lose over 90% of our shingles during that hurricane. At one point just being candid, I began to cry out to God for favor on our finances to repair & fix that roof. Can I just remind you how great our God is? When the insurance adjuster came by & assessed our damage he wrote us a check for the full amount to purchase a new roof for our home. That was over twelve thousand dollars worth of repairs.

Not a dime had to be taken out of our family budget! Our God had proven once again that he is faithful! What kind of storm are you facing today? Is it financial, do you need a healing, maybe your marriage is being tossed about at this very moment. God is able!! There is a blessing in the midst of every storm that comes to a believer.

“God is our refuge and strength, an ever present help in trouble. Therefore we will not fear, though the earth give way and the mountains fall into the heart of the sea, though its waters roar and foam and the mountains quake with their surging. “ Psalm 46:1-3

Beverly Weeks is an energized Christian speaker who is devoted to encouraging couples with God’s inspired Word. She has written numerous online devotions, blogs & articles to exemplify powerful, practical biblical truths to couples standing for their marriage and family.