The day I lost my baby 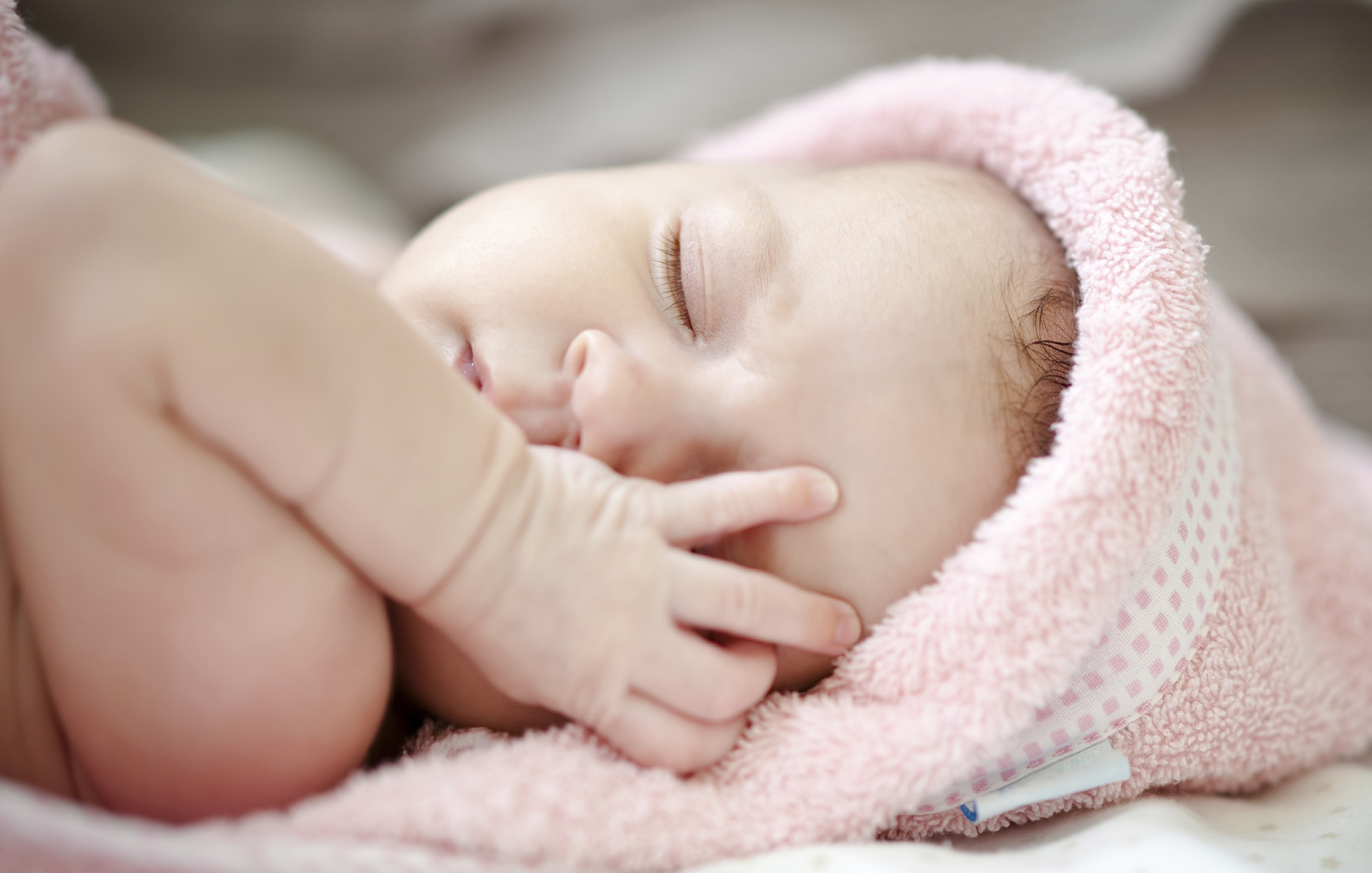 I remember that day so well. It was 24th of January 2010, 5 days past my due date. I got woken up at 4am with this pain in my bulging stomach. I turned on my bedside light, called the hospital and said to the midwife. “I think I’m in labour”. She asked for my details and said, “Oh yes, you rang yesterday morning, if your contractions are not 5 minutes apart, just stay put. You don’t want to wait around in the hospital if you’re not contracting less than that”. So I waited and put my contraction timer app on. It was then 4 minutes apart, by the time it was 5am, it gotten to 3 minutes apart. Up we went, packed the car and aunty Joy arrived just in time to look after our then 2 year old daughter.

When we got to the hospital after a horrible bumpy car ride and contractions that spaced 2 minutes apart, I got wheeled into the maternity unit. The midwife checked for the baby’s heartbeat using their Doppler and couldn’t find it. She told me that she couldn’t find the baby’s heartbeat and she’ll just get the doctor to break my water and put this cable to the baby’s skull to get it. The doctor arrived and he did that. Shortly after, he uttered words that no mother ever wants to hear. Words that make your heart sink to the bottom or your stomach.
“I’M SORRY. YOUR BABY HAS NO HEART BEAT. BECAUSE YOU HAVE HAD A NATURAL BIRTH BEFORE, YOU HAVE TO DELIVER THIS BABY”.
I remember asking him to repeat it again while I had a break between my contractions. I could see my husbands and mother in law’s face had turned white.

This is where Gods grace began to carry me through. The second that horrible piece of information passed through my brain, a supernatural strength and sense that can only come from God came over me. All of a sudden I said, “My God is so big. I’m going to push this baby out and he’ll cry. Just you watch!”  I was concentrating to get this baby out and I kept my eyes on Jesus’ face. I just knew that I will hear this baby cry as soon as he/she is out. At 9.16am, Asa Jeremy Stuart was born. Without a breath. As soon as he was out, I scooped him out from underneath me and held him so tightly. I kissed him, I cuddled him, I kept saying “Come on darling, cry for mommy.” But he never cried, he never opened his eyes. I remember all I could think at that moment, “I’m so glad I finally got to meet you.”

Jeremy and his mom prayed while I cuddled my first son, a whopping 8’10 chubby goodness and he was so perfect. Close friends started to come and pray. One by one they came into my labour room. We stayed there about 5 hours after Asa was born, praying and worshipping. Praying for my little son’s spirit to come back to his body. One of our friend while praying told us that he saw Asa in front of the gate of heaven and his sister came to meet him. This friend of ours didn’t know that we had a miscarriage before Asa, and it was a little girl.

Jeremy and I stayed over at the hospital that night. His dad flew over from New Zealand to be with us. That night I cuddled my Asa and told him all our hopes and dreams for him, about his big sister, his family, his grandparents. I told him about Jesus and if He could ask Him to send Him back to earth.

We took Asa home, apparently that was unheard of. We felt like we needed to have him with us just a little longer. We cranked the air conditioner in our room and put him in his bassinet there. We prayed, we worshiped, our house became a sanctuary to many people. God was all over it. Jeremy and I had the best 3 days spending time with God in His words, His promises, and I still kept His promise that He will raise Asa from the dead.

On the second day of being home, Asa’s body started to deteriorate. My bedroom started to smell. Bless my 2 year old daughter, she kept coming to the room and talking to Asa saying “Wake up, Ace. Come play with me”. No one had talked to us about embalming. We then called a funeral home and shortly after, this lovely lady came to our home and picked Asa’s body up to be embalmed. My daughter saw that and cried and wouldn’t let the lady take him. She cried “don’t take my baby brother away!” I couldn’t bare it! That was painful to watch. That night before I went to sleep, I told God “You promised me that you’d raise Asa from the dead. Where is he now? I’m going to give You some time until tomorrow morning.”

The next day was the 3rd day. I woke up with this empty feeling. It was a weird mixed emotion of dissapointment, anger and blame towards God. In my head I was yelling at Him “why?!!!! You promised me!!!! Why is Asa not breathing?!!!” but I knew if I didn’t have God, where else would I go? I can’t go to the other side. I put some worship on and closed my eyes. I cried my heart out. I lay in my bed and sobbed uncontrollably. The song came and the words said “doesn’t matter life or death, nothing could separate us from Your love” and in that moment, God came down to meet me. I felt His embrace, I felt His passionate love for me, I felt His kisses, I felt overwhelming love. I cried, the tears continued. I said to Him that I don’t want anything anymore. I missed my son, but He was more than enough.

That was a big day, we picked up Asa from the funeral home. He was all embalmed but he looked big and bruised. He didn’t look like the beautiful son that I just gave birth to. That night I asked God to restore my memory of what I remember Asa looked like.

The next morning was Thursday. Jeremy woke up and said to me that he felt it was time for us to let Asa go. I said yes, I felt the same way. We prayed together in bed, we saw such a beautiful sight. Heavens gates opened and there he was waiting to come in. We both said, “Go Asa, we’re letting you go. It’s time for you to go home to Jesus”. He looked at us with love, his face radiant and gently said, “Thank you mommy and daddy, I love you” and he turned and ran into heaven and jumped three big leaps into Jesus’s arms.

he has been restored and made whole.

The next two days before Saturday got spent on facebook answering friends’ messages and finally ringing my mother back, also organizing Asa’s funeral, although we called it Asa’s dedication day, as we wanted to dedicate him to God and celebrate his short life on earth in my tummy.

Saturday was a great day, friends from new church, old church, work and others came to celebrate Asa’s life. We had him in a cute white casket in the front of the room. My daughter was dancing around in the front when the praise and worship songs came on, along with little butterflies she was handing out to people. I didn’t tell you, Asa’s name is Asa Jeremy; which means the anointed healer. How true to his name he is! Broken relationship between churches got healed that morning, relationships between friends got mended, a lot of healing was happening before our eyes.

We might not have my Asa here with us on earth. I have come to terms with it now and truly believe God’s promises are yes and amen. He will still raise Asa from the dead, but in His time and not in my time.

my experience that week, i wouldn’t trade it for anything. I know that sounds so strange. But gods peace was with us through all the pain. I HAVE NEVER EXPERIENCED THE TANGIBLE COMFORT OF GOD like i did in the moment i was the most broken.

We now have 5 beautiful children (2 boys and a twin boy and girl after Asa) and we still talk about that week with a big smile on our faces, that one day we will see Asa and cuddle him tight again. One day. Not in my own understanding of time, but in God’s time.