The God I know… 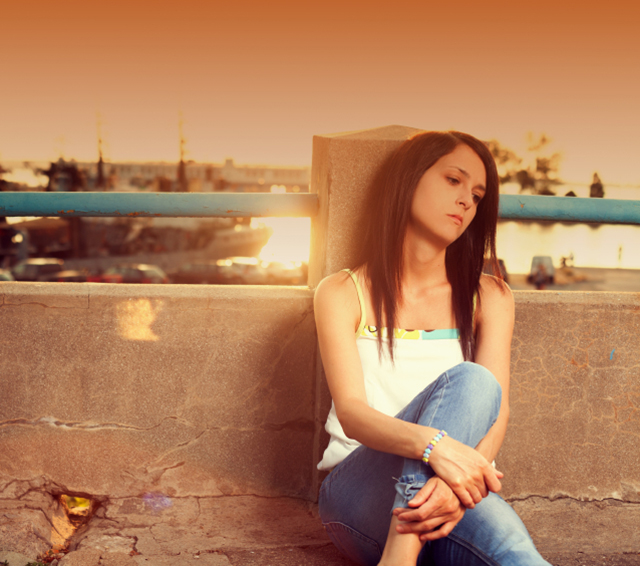 “Angela? Would you join me here please?” For some reason the pastor was motioning me to come forward from the back row of the crowded Sunday service at church.  I was holding my husband’s Holy Communion because he hadn’t returned to his seat from ushering, so I had no choice but to bring it with me as I went to the front.

I had decided early that morning that I wouldn’t be taking Holy Communion. In fact, since the previous Thursday evening,  I had seriously started to  doubt whether I had made the right choice in becoming a Christian and whether I had really ever needed God at all.

For the first time in months, my daughter had decided to come to the Thursday evening church services.  She said she was coming with her father and I because she “really wanted to be a good person”.  Sadly, as much as she seemed to doubt it; I already knew that she was a good person, but just as the musical portion of praise and worship ended, my daughter suddenly blurted out under her breath:

“I can’t take this anymore, we keep singing on and on about God’s love for us…it’s all so hypocritical! I can’t stand it anymore, if God doesn’t love me, who cares?  Who needs him anyway?” and with that, she got up and left before we could stop her.

The rest of that evening was a blur. If her coming to church again had made me feel elated, her leaving simply brought reality back.  We were “born again” Christians with a secret.

Our family’s “walk” with God had started six months after our daughter told us that she thought she was gay. It was a strange sensation having this startling and devastating revelation run parallel with our joining a church and making a serious commitment to a God we had always believed in but never had taken the time to get to know.

My husband was certain that everything would fall into place once our daughter met the “right” boy and decided to take a “wait and see” approach.  For me however, the devastation was complete.  I secretly grieved a daughter who was very much alive; and yet who somehow, inexplicably, was gone. I couldn’t, wouldn’t confide in any of the church leadership because I was in complete denial. Revealing this “secret” would be like accepting that it was true. I couldn’t even say the word “lesbian” out loud.  Instead, I went through all the motions of  attending church regularly, learning the worship songs and flipping through my Bible; all the while just barely holding on emotionally.

I kept asking myself how it was that we had never seen this coming?  I sifted through memory after memory, searching for clues. Had we been so completely blind and dysfunctional as parents and only hadn’t realized it? I didn’t know anything about lesbians or homosexuals; their issues had never had anything to do with our lives.  Heart wrenchingly, “gay” took on a human aspect that I had overlooked.  Beyond the stereotypes and ridicule were very real people. Precious, living, breathing people…just like my daughter. Fiercely loved by families that were just like my own.

What tore me up inside was that now my daughter would be lumped together with a group of individuals who for the most part were rejected by society and who in most cases were erroneously depicted as nothing short of modern day lepers, sexual deviants and child molesters.

Relentless questions kept playing over and over again in my brain. What had gone so horribly wrong during the years that we had built our lives as a family? Hadn’t we been ordinary, even boring maybe? What about all the precious memories of baking cookies, bedtime stories, macaroni art and Disney movies with “happily ever after” endings?  Had the affection and happiness been unreal? When I looked back, all I saw was twisted rubble and now that we were Christians, the religious ramifications of what my daughter “was” added nothing but a tremendous sensation of guilt and humiliation.

Still very unfamiliar with the Bible, my attempts to piece together what the Old and New Testaments said about homosexuals left me unsure and conflicted as to whether God really  loved my daughter at all.  Even before becoming Christian, she was already familiar what society thought about “her kind”; and religion just seemed to levy the final stamp of condemnation on the whole issue. The very same verses that I struggled with had already convinced her against God’s love for her. When rumors surfaced in church that she might be gay, the concern of church leadership, however well- intentioned and compassionate, caused her to withdraw from the church community altogether.

I never pleaded before God as desperately as I did that Thursday evening. Uncontrollable tears turned into torrents of accusations.  God was nowhere to be found.

“You told me to keep knocking Lord but I’m pounding now.  I’ve prayed and prayed… why isn’t anything happening?  I want to hold my real daughter in my arms again… I need her back again!  Nothing will make sense anymore if she doesn’t come back! What kind of cruel joke is this? She’s only 17… how can you hate her? How can you call her an abomination when she doesn’t even know why she’s the way she is! If you’re going to send her to hell then you might as well send me with her because I can’t take any more of this!! ?  It just isn’t fair!”

The pastor waited a few moments for the congregation to become silent.  He then looked directly at me and said;

“God wants to renew his covenant with you this morning.  He wants you to know that he is holding you in the palm of his hand and that he loves you. He wants you never to doubt that again. He will always be holding you…even if you try to let go of him sometimes”.

My legs almost gave way underneath me. God was speaking directly to me.  I knew that only God had heard my pleas; he was also the only one who knew that it wasn’t my serving of the Holy Communion that I took that morning in front of the church. There would never be any doubt in my mind again.  I knew that God was real from that moment on.

Shortly after that Sunday morning my husband and I enrolled for pastor guided Bible studies that were being offered at the church. Slowly but surely “God” became my “Father” as verse after verse revealed a relentless and unbelievably patient parent. From the very beginning of time this “father” had already made preparations to save us from ourselves by offering his only son as an eternally redeeming sacrifice.

Today the “culprit” whose sole purpose is to “steal, kill and destroy” continues using our own natural reasoning and logic against us. Exhausted by his complicated attacks on our lives, many of us risk accepting and becoming slaves to substandard lives.  The Bible states clearly that our heritage was never meant to include , among other things, sickness, suffering, feelings of hopelessness and self-condemnation, but as Christians it is up to us to learn the truth of who we are in Christ. God has provided every spiritual weapon necessary to be used against the Devil, but unless we arm ourselves and know how to use these weapons our faith is rendered vulnerable.

The Bible says what it says about homosexuality and that will never change. At this point in time my daughter doesn’t see herself as a victim of the Devil’s antics and to suggest deliverance to her without any teaching or exhortation is premature. As parents however, we are determined to continue encouraging our daughter lovingly, using our personal testimonies and experiences with God as examples and by sharing the information we learn in our Bible studies.  We have faith that in his time, the Holy Spirit will gently and tenderly inspire our daughter to approach God again. The revelation that she receives about the love that God has to offer; the same love that has the ability to conquer all; cannot come second hand. It must be searched for and lived.  As a “born again” Christian and given the dignity and patience to work on her particular challenges, her church will need to play a major role in providing the compassion, support and learning environment necessary for her to mature and to move forward in her faith.

Ultimately, the choices that my daughter makes will be hers and hers alone to decide;  but the God I know will be with her every step of the way and he won’t ever give up on her either.

As for myself, I no longer have to live defeated and anxious about my daughter’s future. I need to use, actually use what I have learned to challenge and overcome any discouraging thoughts that may creep into my mind.  This includes declaration after declaration found in the Bible that  serve to transform my thinking, attitudes and perceptions into kingdom thinking, attitudes and perceptions. Faith must be dynamic and active and working in the present tense.  The Devil never sleeps and spiritually, neither can we.  We must be consistent and relentless in our resistance to his tactics, and determined and dedicated to living the victory that Christ died to achieve.  The God I know has provided the all the promises and reasons for hope that I stand on, and that’s all that I need.