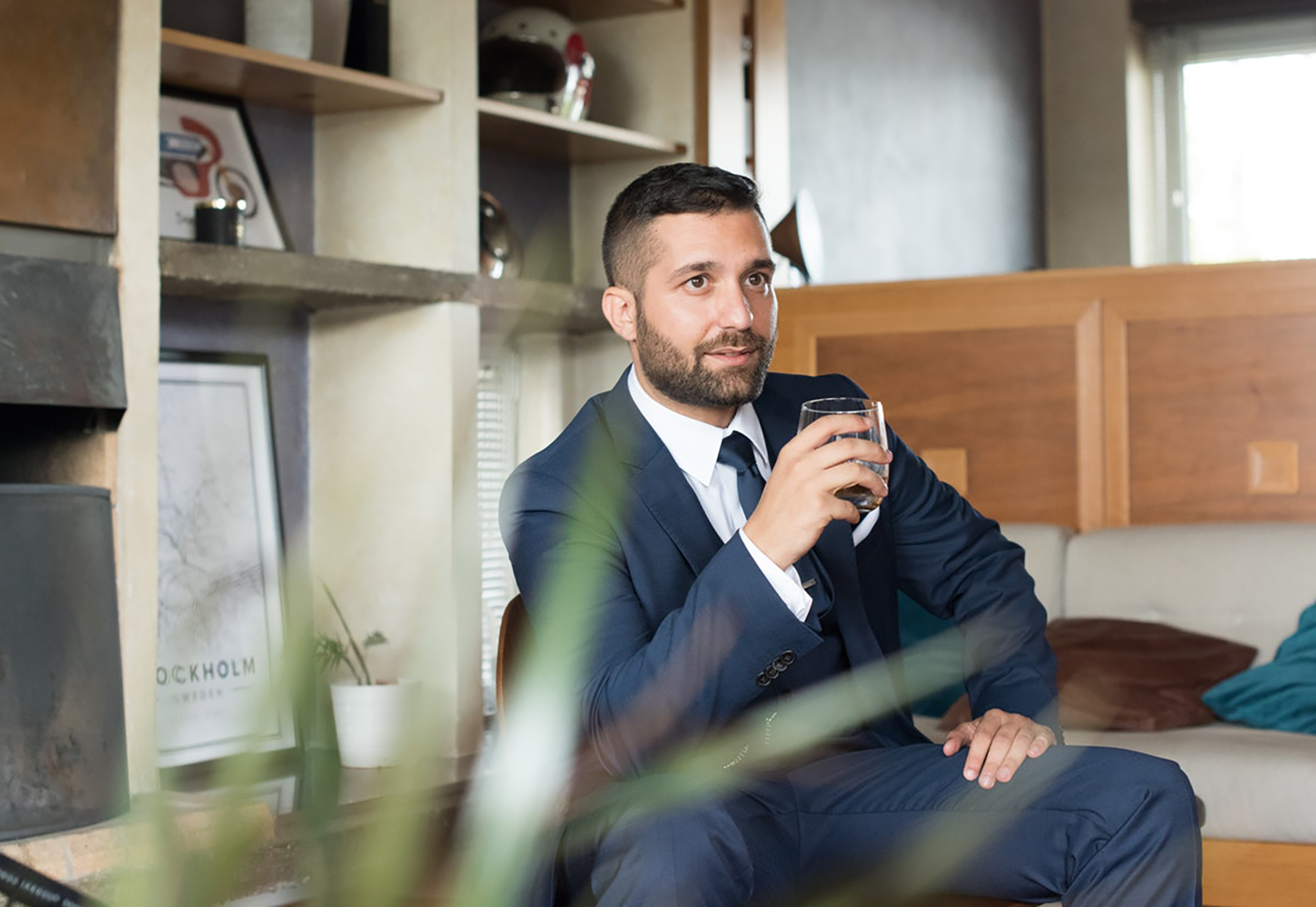 Recently I had the opportunity to spend a weekend at the beach with a group of women, sans children.  The mere thought of being at the beach without young children is delicious–no little bodies struggling to get away from your sunscreen applying-clutches; no deep grooves in your shoulders from lugging all their beach toys and snacks to the perfect spot; the ability to actually close your eyes instead of scanning the shoreline with the laser focus of the Terminator. An entire weekend away at the beach that includes relaxing meals, full conversations, grown-up music is just short of heaven.

Several of the ladies had been there before, and therefore had some traditions, things they do every year on this girls’ weekend away.  One of them included visiting the karaoke lounge (which clearly had its regulars) that was located on the main floor of the condominium where we stayed.  The slow country ballads shut off at 11pm, changing to the same hip-hop and rap of the late 90s and early 2000s that I used to dance to in my clubbing days, and the crowd that was comprised mostly of good-natured couples over the age of 50 became younger by an average of 20 years, and noticeably more energetic and aggressive.

At this point, I experienced a moment of hesitation, because I couldn’t remember the last time I was in a nightclub without my husband and I definitely felt awkward.  I mentally grappled with my conscience and the question of whether I should a) even be in this club without Bryan, b) if I stayed, whether I should go out on the dance floor with my friends, and c) what I would do if some guy tried to dance with me.

I remembered the days of being young and single and often approached by guys on the dance floor.  Sometimes it was a hard pass and our group of girls would do the slow rotation to the right or left to get ourselves away from whoever was trying to talk to us, sometimes I’d dance with a guy out of pity knowing that he’d probably been working up the courage to talk to me for a while, and sometimes I thought he was cute and actually wanted to dance with him.

Being on that dance floor as a 40-year-old wife and mother was strange.  As I noticed the intense stares from men around the room fall on our group, their incremental movements toward our circle, I felt as though I’d been transported to an age when I was carefree and indulgent, yet I was simultaneously aware of the emptiness and spiritual cost of those days, and that made m sad yet simultaneously grateful for my marriage.  Although dancing with my buddies was relaxing, I experienced this push and pull of repugnance and thrill. I quickly began to miss my husband because only in his arms did I feel like I could dance in safety and joy. So I held my left hand high, trusting my sparkly wedding ring to be a kind of force field around me, to send a clear message to any prowling men that I was unavailable.

But it only took about five minutes of dancing for me to feel someone grab my butt.  To say I was shocked was an understatement. With the #MeToo movement; the swell of stories of sexual harassment and unwelcome advances that women have been brave enough to vocalize; the generation of men who are waking up to realize that it’s never okay to objectify a woman, I somehow believed that men didn’t do that anymore.  I thought that I’d been out of this scene long enough for guys to learn that groping a woman is never okay. I should’ve known better–living in a broken world where sin and pride run rampant will always result in people being mistreated. And even though I am a 40-year-old mom who has lost the youthful skin and boundless energy of my 20s, I apparently can still be someone’s target.  But whereas my younger self would’ve run to the opposite side of the circle of dancing friends to escape, the confidence that has grown in the last decade and the assurance that Christ has given me value enough to never be a willing subject of someone’s lust gave me the strength I needed to confront the man behind me. I whipped around and found not one man, but three men facing me–all three looked to be about 30-35, and thanks to my high-heeled wedges, I was looking them right in their eyes.

“Who did that?” I asked.  They did not respond. All I heard was the beat of the bass and some vague lyrics.

“Who?” I repeated, taking a step closer.  They shook their heads glancing at one another, and to my surprise, they actually looked a little frightened.  I decided this was one of those moments when Jesus would be okay with me flexing my muscles and “getting big”, so I kind of stiffened my arms, put on my most serious mom-face, and in a stern voice that usually means my kids are in trouble, said: “You don’t do that.  Don’t touch me. Back off.”

Two of the guys literally backed off the dance floor and disappeared into the gyrating crowd.  The other put up his hands in defense and muttered, “Wasn’t me.” Then he turned around and started sidling up to someone else.  No one touched me the rest of the night, and my friends and I left the club just after midnight, went upstairs to our condo and fell asleep.

I thought about this encounter the following week when I was home, spending my days with my son, my little man, wondering what I’m imparting to him on a daily basis about how a girl should be treated, how I expect him to treat me.  I wondered about how he’s absorbing the lessons he’s learning from his father, a very loving and respectful man, about cherishing the woman he loves, about treating his sisters as equals because he sees his dad providing his children the same opportunities.  I wondered what my response to my husband’s kindness conveys to my children, my son and my daughters, about the intricate dance of love and respect that their parents are perfecting in their marriage, and how it reflects the kind of selfless and unconditional love that God demonstrated to us through His Son.   I was grateful again for the modern sort of chivalry my husband practices every day–not the kind that thinks it has to make up for any perceived female weakness, but the kind that is motivated by the love of Christ, that puts me first because that’s what Love does.

Do nothing out of selfish amibition or vain conceit.  Rather, in humility value others above yourselves, not looking to your own interests but each of you to the interests of others. (Philippians 2:3,4)

My command is this: love each other as I have loved you.  Greater love has no one than this: to lay down one’s life for one’s friends. You are my friends if you do what I command. (John 15: 12-14)

And then I saw it in my boy.  This new chivalry that does the right thing out of pure concern.  We were at a local splash pad one sunny day, just killing some time.  He was running around with a plastic cup from our kitchen, filling it to the brim with the water spraying out of the various spouts and fountains, dumping it on his head, spinning in a circle and laughing as the water leaving the cup formed an arc around his four-year-old body.  Various water toys littered the ground, and my son found a cheap water pistol near his feet and as he was about to shoot it, he noticed another boy who looked to be about six, pointing a water pistol at two-year-old girl and spraying her in the face. She couldn’t quite figure out how to get away and was starting to cry.  My son ran over, stood in front of her and started shooting his water gun at the bigger boy until he gave up and left.

Shortly afterward, my little guy was in front of me, briefing me on the event.

“Mama I shooted that big boy and made him go away from that little girl!”

“Were you protecting her?”

And since this short conversation, I’ve thought back many times to that incident in the club at Myrtle Beach.  I handled it, I wasn’t afraid. The imagery of ancient chivalry is knights in suits of armor, damsels in distress–basically men taking care of women because women were too weak, to simple-minded, to frail, to take care of themselves.  But the concept of modern chivalry, or chivalry reimagined, is really Christlikeness, service, compassion, brotherly-love, appreciation and respect. It would have been nice, when I was face to face with whoever grabbed me, to have had some male solidarity.  If my husband had been there, well, most likely no one would’ve touched me to begin with. But if they had, he would’ve given me space to stand up for myself while holding my hand, ready to help if I needed him. Today’s chivalry doesn’t just jump in and take over because it believes it’s stronger–it supports, respects and protects.  It does the right thing to show love, not to prove a point.

Some may call it naive, but I like to believe the best about people.  When a man holds a door open for me, offers me his seat, stands as I enter a room, I don’t assume he thinks I’m incapable or frail.  Maybe because I know my value is seated in Christ, because He has made me strong, because I don’t easily take offense when I know that God has already poured out His mercy on me, I assume that men are really just being kind when they lend a hand.  I am regularly reminded that sin still exists in the world, and that opportunities to show respect and care are frequently our own responsibility to seek, and I appreciate any man who can demonstrate deference out of genuine concern, not superiority.

Today’s knights are in disguise.  They wear different suits as they sit at their computers at the office.  They may be running on a treadmill beside you at the gym, pouring sweat. They may be teaching your children or coaching a soccer team.  They may be stay-at-home dads, professional basketball players, or pastors. They might be painting your house or fixing your car. They might wear Army fatigues, nurses’ scrubs or a butcher’s apron, but they still exist, and their brand of chivalry has adapted and shifted to accommodate the demands of an ever-changing world that never fully appreciates them.  They may no longer require swords or shields, but they still know how they are supposed to use their hands, and when they lend them in compassion instead of domination, that’s when I see a glimmer of the kind of chivalry and I believe God has in mind.

“A gentleman is someone who does not what he wants to do, but what he should do.”

“You cannot have a proud and chivalrous spirit if your conduct is mean and paltry; for whatever a man’s actions are, such must be his spirit.” ~ Demosthenes