The Woke Churches That are Erasing the Definition of a Woman 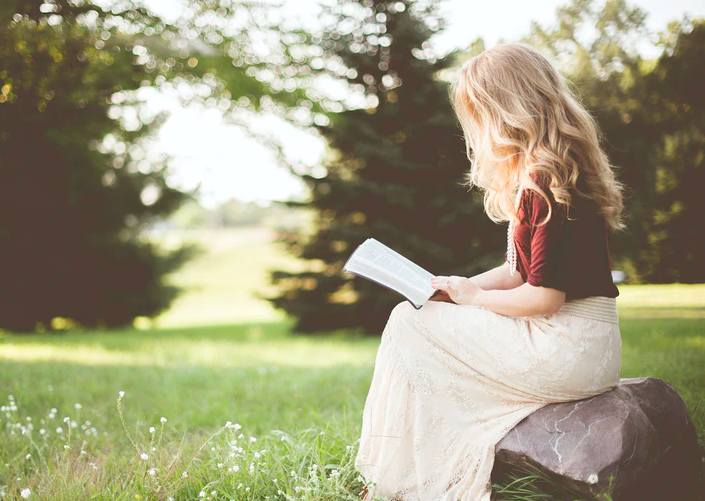 You know things are really bad when the church cannot define what a woman is:

When the church follows the world instead of the living God, it is heading down the same slippery slope to hell as the world is. When the church sells its soul to the devil in order to be hip, trendy, cool and “relevant,” you can be sure it is just as lost as any pagan ever will be.

We have seen countless examples of the church selling out and simply imbibing of the secular left’s radical agenda items, including all things woke. The latest example of this should come as no surprise. The Church of England has been on a long, slow downward spiral, and its latest inanity is simply another indication of a church that has well and truly lost its way.

Now it seems it no longer knows what a woman is. Or at least some within its ranks have gone down this moronic path. For a church that was so proud of how it treated women and sought to put them in leadership positions, to now all of a sudden not knowing what a woman is, is the height of woke insanity. Consider how one English newspaper puts it:

The Church of England has admitted it does not have a definition of the word woman. A bishop said yesterday that the meaning of the word used to be ‘self-evident’. But he added that there are now ‘complexities associated with gender identity’ which a church project about sexuality and relationships is exploring. The admission, in an official report prepared for the gathering of its governing body this weekend, stirred criticism last night. It comes despite Anglicanism continuing to oppose same-sex weddings – and only recently allowing women to be bishops.

Campaigner Maya Forstater said: ‘When the Government redefined women through the Gender Recognition Act, the Church of England could have stuck with its long-established understanding, which makes sense whether your starting point is biology or the Bible. ‘It is shocking that they so readily gave up the definition of man or woman for the state to amend, as if this fundamental truth did not matter.’

And Rev Angela Berners-Wilson, who in 1994 became the first woman ordained as an Anglican priest, told The Telegraph: ‘I’m not totally happy with it. I mean, I do think certain things like “men can’t have babies”, just to say the complete obvious thing.’ But she added: ‘But I think we need to be very sensitive and maybe we need to re-examine our boundaries.’ It comes after months in which the definition of the word woman has gripped politics. Several Labour MPs refused to define it, while leader Sir Keir Starmer said it was wrong to claim that only women could have a cervix.

By contrast, Cabinet ministers have been clear that biology defines women and that anyone born male should not compete against women in sport. The church was put on the spot in one of almost 200 questions submitted to its ‘parliament’, the General Synod, in York this weekend.

Good grief. No, there are not complexities involved here. Men and women are different, and have been ever since God first created them. Yes, as I have often stated before, in a fallen world things are often skewed, but that does not mean males and females no longer exist.

The case of those in the Intersex condition where there can be ambiguous genitalia and the like is extremely rare and is not at all what the current trans madness is all about. Exceptions do not make the rule. But because folks today think they can identify as being whatever they want to be, and we have churches that are so unsure of their own basic beliefs that they are happy to facilitate and support these folks and their delusions, we only make matters worse.

This demolition job on sex, biology and reality is not only senseless and silly, but it is also diabolical and destructive. And if these folks are having a real hard time telling us just what a woman is, that is because these same churchmen seem to have been struggling of late to tell us what biblical Christianity is. The two go together.

But given that I have already penned many hundreds of pieces on transgenderism, the radical left, and churches that have lost their way, there may not be a lot more I can say about this latest case of woke lunacy. So let me finish by drawing upon the insights of someone else – a very important American academic. Just the other day I wrote about the very significant social thinker and Catholic commentator Anthony Esolen.

In that article I quoted from various works of his, but let me here return to one of his really key volumes: his 2017 Out of the Ashes: Rebuilding American Culture. Needless to say he has a chapter on the sexual revolution and the war on innate sexual differences. So he is worth quoting from here.

This is a chapter the morally myopic, spiritually befuddled, and rather dim-witted bishops in the Church of England really need to carefully peruse. In the chapter he has a section on “Male and Female He Created Them.” Hmm, sorta sounds biblical. But long ago many of these Anglicans stopped actually believing the Bible. Anyway, here is how Esolen starts his discussion:

First, let us establish that there are such things as the sexes. Some critics say that the modern world is obsessed with sex. That is not true. The modern world is obsessed with excitations and with “identities.” It has huddled itself into deliberate ignorance as regards sex. It is not puritanical about the beast with two backs. It is a veritable shrinking flower when it comes to actually seeing and appreciating the sexes for what they are.

I mean this quite literally. We are taught from the time we enter the indoctrination centers that the only differences between men and women are trivial matters of plumbing. It is not true.

When the European missionaries came to the new world to evangelize the natives, they did not find creatures of a different species. They found human beings, male and female. They did not find any tribes in which the women met in council, hunted the large animals, smoked the peace pipe, trained up their daughters in savage displays of physical courage and endurance (the “sun dance” of the Plains Indians, for example) and established elaborate hierarchies of honor. They did not find any tribes in which the men took care of small children, gathered roots and berries, made themselves up with pretty decorations to delight their women, ground corn kernels to powder to make bread or paste, carried water while the women were singing war-songs, gossiped with one another to share the news and to keep daily morals in line, and made “nests,” as it were, as clean and neat as possible, for the sake of the little ones, and because that is the way they liked things best.

They found men and women. That is what you will find wherever you go in the world….

Men and women are different from one another, down to the roots—down to the cells. We have merely trained ourselves not to see it or not to admit it when we see it. It is a willed stupidity. It is also a willed grimness, a willed refusal to delight in the natures God has given us. There is nothing glad or merry about it.

Yep, there is a whole lotta willed stupidity out there in the world – and sadly in large portions of our institutional churches. God have mercy on us all. When our church leaders cannot or will not tell us what a woman is, then you know it is high time to get out of their churches, and find ones that do know.

And as mentioned, find one that knows what the gospel is as well.