Tiptoeing on to the dance floor… 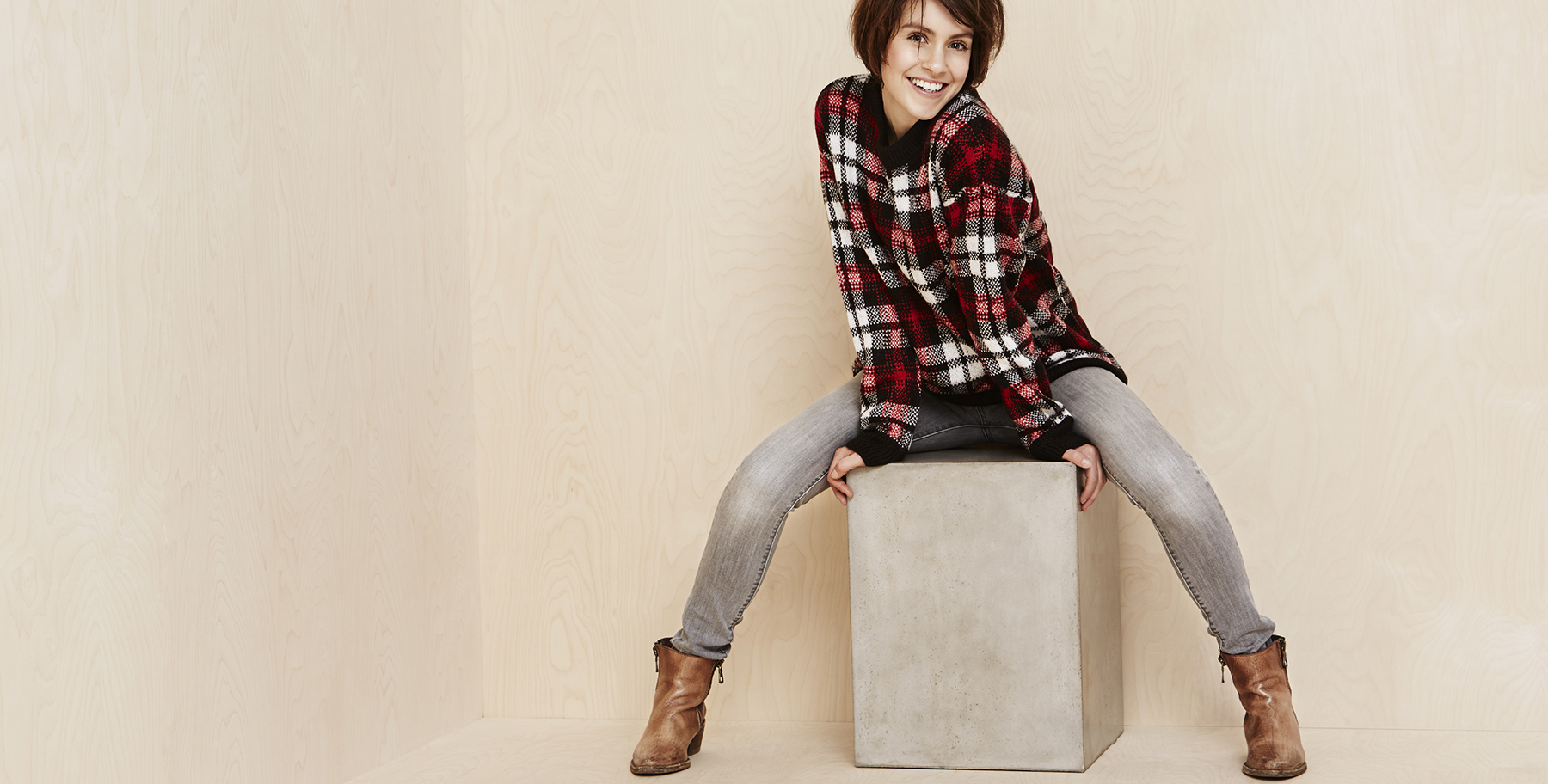 Everyone who came into the reception area had something on their feet. Some wore sandals, some runners, some slip-ons. There were wedges, loafers, slippers and clogs. Some shoes were strapped into wheel chair foot stirrups. Cowboy boots, work boots, ankle books, riding boots – even a few stilettos graced the floor. We all gathered in the great waiting room, listening with trepidation for our name to be called.

Chins rested on chests. Eyes gravitated down to shoes and boots of all colors and styles. Hands were clasped restlessly on unfamiliar laps. This was obviously not the place for eye-to-eye contact. The odd brave soul looked up to catch a glimpse of possible familiarity. After all, this room was the great equalizer of persons. Anyone could be here – maybe even a friend or neighbor – a celebrity perhaps?

A cart began rattling far down the hall. Soon glass was clanging against glass, echoing obtrusively into the silent room. We shoe-gazers raised our heads. A tea tray overflowing with china cups and saucers, tea pots, coffee and cookies rumbled toward us, pushed by a young lady with a broad smile.

“Would you care for some tea, coffee or juice?” she asked a woman sitting by herself whose head was turbaned in a colorful wrap-around scarf. The woman looked up. The pain in her eyes changed as a soft smile gathered at the corners of her mouth. “Why thank you. I would love some tea!” “How about a cookie? We have short bread and a whole variety to choose from.”

As the tea tray circulated the room, the shoe-gazers began to relax a little. Brows furrowed with anxiety softened. Hands became unclasped as we reached out for the delicate china cups. Eyes began to meet. A few heads nodded in recognition.

“Evangeline Dirks,” a nurse with chart in hand called into the room. My turn had come! Shoe-gazers turned in my direction as I struggled to stand. Oh no – I was not ready for this! Surely pain and suffering awaited me. It was rumored that the grim reaper roamed these very hallways! I trembled as my cute little ankle boots tiptoed me in the direction of the voice. “I go by Joy,” I mumbled to the nurse. “Right – we’ll change it on your chart.”

With that, Nurse Laura led me to the treatment area. I quickly glanced around the room. This was a place like no other I had been in. The centre island was populated by five or six nurses sitting at computer terminals chatting amiably about donuts and kids. IV bags hung around the room on poles ready with saline and tubing. Surrounding the nurses’ station were numerous individual cubicles separated by a curtain or a wall. Each cubicle had a recliner, guest chair and a small cabinet.

Today I would receive two major chemo drugs, along with a number of other drugs used to stabilize my system and prevent allergic reaction and nausea. I climbed reluctantly onto the huge recliner. A warm blanket was tucked around me and blood pressure taken. My arm gently wrapped in a warm cloth in preparation for the dreaded IV needle. Thankfully it found its way into my vein on the first try – this time anyway. Didn’t even feel it. My 18 weeks of treatments had begun!

As I settled back on the recliner head rest, the advance drugs began working their magic, and I was soon dreaming of another world and another time. I looked down at my ankle books sticking out of the warm blanket on the raised foot rest. Weren’t these the very same boots that I wore to my workplace, for shopping, to my church? I knew God came to these places with me! Did He not see me tiptoe into this dreaded place? Or, was the chemo ward exempt from His view and control?

For the most part, I had lived my life with the belief that the God who created me had placed me on Planet Earth so that I could experience his love and spread it around to make the world a better place.

I closed my eyes and began to think of how very fortunate I was. My cancer was diagnosed early. My family and friends were incredibly supportive. The treatment I was receiving was the best available, administered by caring professionals, monitored by an amazing oncologist, and fully covered by medical insurance. As the world continued its quest to eradicate cancer, this treatment was welcome medicine. It was life-giving.

A sense of peace flooded over me. I knew deep down in my soul that God did see my little boots walking onto the chemo ward. My mind whirled… What if this place, including the room full of shoe-gazers, were to become a sanctuary where I could, with God’s help, spread a little good cheer, hope and encouragement? Perhaps send the grim reaper running for a spell.

As I sat in the room of shoe-gazers on my next visit, I silently offered my doxology of thankfulness and raised my eyes and my heart to the people around me. Shortly thereafter, a man walked in with a big tray of donuts, a carton of coffee and a big smile on his face. Several people stopped to congratulate him. I casually walked over and asked if this was a celebration of some sort. He nodded and said that he was celebrating the completion of his wife’s chemo treatment and invited me to sit down to hear their story. Soon his wife joined us. They were so grateful to finally be finished with weekly trips to the hospital. She had tolerated chemo fairly well, although a severe rash on both arms continued to cause considerable discomfort.

They made their way back to the treatment area with gifts of appreciation for the staff. Soon the unmistakable sound of a ringing hand bell echoed across the entire floor. We shoe-gazers joined together in applauding the melodic symbol of victory. Another patient had completed treatment. How we longed for that day!

My weekly treatments continued. After sitting in the recliner for a couple hours with bags of fluids running into my veins, I would have to get up and trek to the nearest washroom. It was a complicated manouver however. First I would try to get out of the recliner. Inevitably the footrest release knob would be on the side where my IV was connected, rendering my arm useless. Using a bit of a rock and roll method with my 5 ft 1 in. body frame, I would eventually get the foot release down. This quick action could launch me airborne if I was not careful! The heating pad had to be disconnected next and unwrapped from my IV arm. Then I would unplug my IV, wrap the cord around the pole, and hold onto the contraption as I pushed it haltingly down the hall.

As I finally arrived at the open washroom door, a couple in the nearest cubicle told me to STOP! There was a cost to use that particular washroom, they advised. “Really?” I murmured. It had taken considerable effort just to stumble this far. “Yup,” the man said seriously, “We accept only chocolate or candy, but pay you must!” A little humor to brighten my day. I told them I was going to report them! Living off of hospital avails. We laughed together.

On another trip to the great waiting room, I engaged in conversation with a girlfriend who had accompanied me. We were laughing and talking, trying to solve the great mysteries of life. I noticed a young woman with a head of beautiful dark hair watching us closely, so I smiled and nodded in her direction. Her name was soon called. She stood, and suddenly did a lovely pirouette right in front of us, and began singing, “High ho, high ho, it’s off to chemo I go!” Then she skipped off with a bemused nurse. We shoe-gazers looked at each other and chuckled, grateful for the unexpected entertainment.

As the weeks of treatment wore on, I thought of practical ways I could bring joy and encouragement. It was Easter and a great time to show appreciation to the nursing staff. I purchased chocolate eggs and bunnies, loaded up a couple Easter baskets, and placed them at the nursing station. Each time a nurse would thank me, I used the opportunity to talk about how special Easter was to me.

One week, when my appointment was scheduled for mid-morning, I dropped by a bakery on the way and purchased a variety of fresh designer mini cupcakes displayed in a colorful box. I left them at the nursing station. A little act of kindness to lighten the day on the frenetic chemo ward!

Another time, when the weather was cold and miserable, I brought in a bouquet of colorful flowers. They stood testament to my mission to spread joy and light, to push back the darkness of pain and suffering. I was determined!!

One day while shopping with a friend in the mall, the tantalizing aroma of popping popcorn from a centre kiosk enticed me. I thought the nurses might enjoy some, so had a bucket of white cheddar popcorn wrapped up to take in the next day. It seemed it was their flavor choice too. And, they did appreciate munching on something that was not loaded with sugar! These little acts of kindness brought joy not only to the recipients, but to my heart as well. It was therapy for my soul!

It didn’t take long to learn the names of the nursing staff and discover a bit about them. One nurse came from a small Saskatchewan community where our first child had been born. Another babysat her grandchildren two days a week and enjoyed participating in their growing-up years. One sported a huge diamond and shared her romance story. Most of all, I continued to thank them for their excellent care, and without exception, the nurses told me how much they enjoyed working on the chemo ward.

My husband and I had recently taken ballroom dance lessons. We learned the importance of arriving on the dance floor with the right attitude and the right shoes. Our instructor emphasized that one partner must take the lead, and the other must follow, otherwise we would never be able to master the waltz with any semblance of dignity.

So instead of dreading my weekly chemo appointments, I decided that with God’s help, I would let Him take the lead from the great waiting room of shoe-gazers and onto the chemo ward. He would continue to guide me as I whirled about in the grand dance that is my amazing life. My cute little ankle boots just had to follow.

Joy Dirks is a former Canadian Citizenship Judge who resides in Calgary, Alberta with her husband. They have two sons, a lovely daughter-in-law, and three grandchildren. Her cancer is also in remission. Praise God!