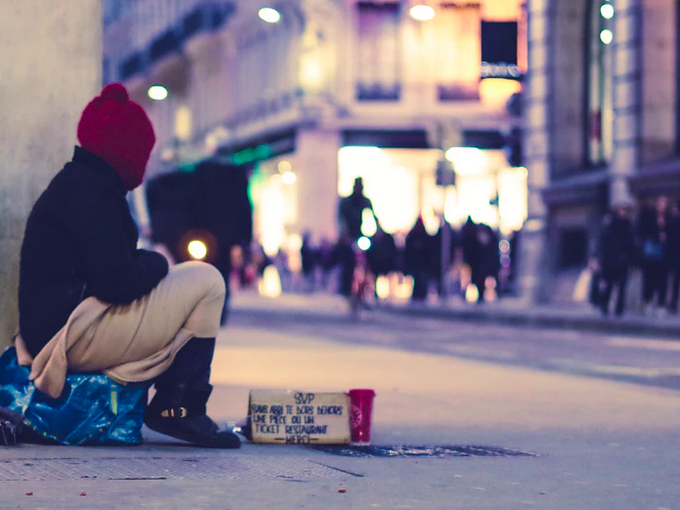 A female Christian pastor, fined over £16,000 by police for holding a church service for the homeless in a car park during lockdown, has seen her case thrown out by a magistrate’s court.

According to Christian Concern, Pastor Chez Dyer, 47, who has been supported by the Christian Legal Centre, was told by a magistrate at a hearing at Nottingham Magistrates Court on Thursday that she would not have to pay the fine and was issued with a defense cost order which means her legal fees will now be paid by the government.

Pastor Chez was issued with the fines during the February 2021 lockdown for running her ‘Church on the Streets’ ministry in one of the toughest communities in Nottingham.

She has said that during this time she and her ministry team had been supporting homeless people who were on the brink of suicide.

The social outreach involves 30 homeless people. Typically they will meet in a car park, hear praise and worship music, a talk and will be fed hot Caribbean food outdoors each Sunday.

During lockdown, Pastor Chez and her ministry team followed the Government guidelines and believed they were acting with the guidance as they were engaging in charitable distribution of food to the homeless and hungry.

On Sunday 27 February 2021, the church set up for their service at 10:30 am and the service ran from 1 pm to 4 pm, exercising full social distancing measures.

Two police officers arrived during the service and suggested there had been complaints from members of the public. The police then left and the service continued. When they returned, they arrived in a large police riot van, which blocked the entrance to the car park and nobody present was allowed to leave.

Despite explaining to the police their mission of feeding the homeless and despite having followed the relevant guidelines, the Sergeant in command of the operation reported that his superiors had deemed that this was an ‘illegal gathering’ and they were issued with a £10,000 fine.

Pastor Chez stated at the time that she believed the car park was a legal place of worship and was determined to contest the fine.

Pastor Chez, however, was subsequently convicted in her absence as she was unaware of the proceedings against her. The court had fined her £16,000 in her absence (in addition to a £190 victim surcharge, and £85 costs).

In correspondence in advance of today’s hearing, Christian Legal Centre lawyers indicated to the Crown Prosecution Service (CPS) and the court that they would be asking for the case to be reopened and submitted that the fine had been issued at ‘the highest possible level’ and was ‘given to a church leader for essentially charitable actions.’

Pastor Chez said: “I am so relieved that this case has been thrown out and justice has finally been served.

“We stood in the gap for the most vulnerable when others would not or could not. We had people who urgently needed our support and some who said we had prevented them from committing suicide. We were the spiritual doctors who were not on furlough. People were suffering and needed us.

“We reach people with the Good News of Jesus Christ during the toughest of times. This is what the church is and what the church should do. For this, however, I was treated like a criminal. We are a church with limited financial resources, so to face fines of this magnitude for helping the homeless was devastating.

“I hope my story can show people the vital role Christian Street ministry plays in our country.”

Andrea Williams chief executive of the Christian Legal Centre, who backed Pastor Chez’s case, said: “We are delighted that common sense has finally prevailed and that the huge fine will not have to be paid.

“This Christian ministry was supporting the most vulnerable in their community materially, emotionally and spiritually during lockdown. How was it that they were the ones chased down by police in riot vans?

“It is state overreach to shut down Churches and their ministries, when they are very often the final hope.

“We hope this story sends a clear message to the government and police of the vital role Christian ministry plays in our communities and how it must be protected, supported and encouraged at all times.”

The UK was recently named as one of the most intolerant European countries towards Christians according to a new report from the Observatory of Intolerance Against Christians in Europe (OIDAC).

The report identified the UK, France, Germany, Spain and Sweden as the top five countries driving what it describes as a “rising phenomenon” against Christians. It revealed the UK as the number one country in Europe for having the most cases of legal prosecutions for alleged ‘hate speech’.