What Do We Know About Pornography Use Among Women? 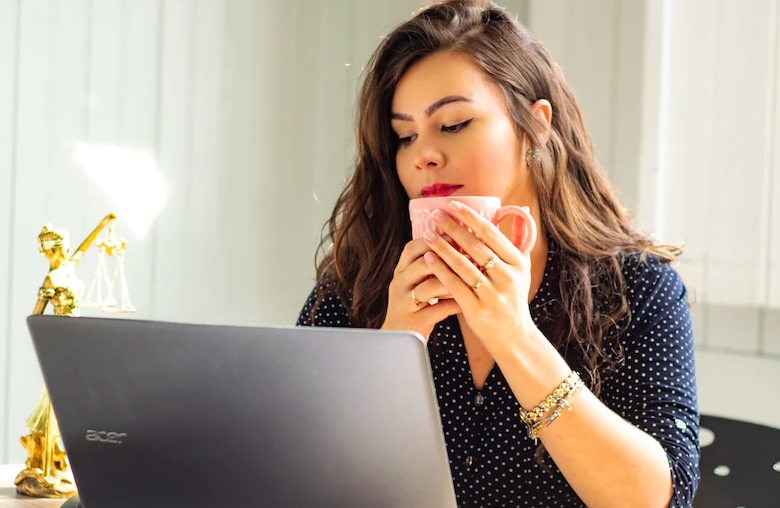 Pornography use is often framed as a male phenomenon. But as singer-songwriter Billie Eilish’s statements about her pornography use since the age of 11 make clear women—and even young girls—now make up a sizeable block of pornography consumers.

Research shows that in recent decades the increase in women’s pornography use has been dramatic.

Five decades ago, among a sample of U.S. college students aged 17–24, only 12% of college women had seen a “stag” or pornographic movie at least once in their lifetimes; with only 1% of women doing so fairly often.

In light of the dramatic increase of pornography consumption among women, what are the potential impacts on their health and wellbeing?

While research on the effects of pornography viewing is substantial, the number of studies that have explored its effects in women is relatively small when compared to those studying its impact on men. The studies which have examined the effects of pornography viewing among women have found a range of potential harms including, but not limited to an association with eating disorders, damage to intimate relationships, the strengthening of sexist beliefs, and higher risks for both sexual victimization and perpetration of sexual violence. Here is a brief review of some important findings.

Media such as television, movies, music videos, and advertisements often sexually objectify women by framing women’s worth and value in relation to their physical beauty, body parts, and how well those body parts sexually gratify others.

Experimental research has reported that both men and women perceive sexually objectified women having less mind (mental states reflecting emotions, thoughts, etc.) and as being less deserving of moral treatment. Other research has found that exposure to sexually explicit videos online, but not other sexualized depictions, was significantly related to the belief that women are sex objects among both adolescent boys and girls.

Researchers from varying disciplines have explored the impact of sexual objectification on women’s body dissatisfaction, sexist attitudes, sexual violence, and its role in fostering self-objectification. In her review of 135 studies related to this topic, Dr. Monique Ward summarized her findings saying, “everyday exposure to this content are directly associated with a range of consequences, including higher levels of body dissatisfaction, greater self-objectification, greater support of sexist beliefs and of adversarial sexual beliefs, and greater tolerance of sexual violence toward women.”

Against this backdrop one might expect that body dissatisfaction is common among female users of pornography, since pornography is innately sexually objectifying, often features people considered very physically attractive, and fetishizes women with certain physical attributes (e.g., large breasts and butts, or very petite, childlike physics). But here, the results are somewhat mixed.

For instance, a study of male and female adolescents surprisingly found that pornography use was associated with increased body dissatisfaction among male adolescents but not females. However, other research has shown that women who view pornography report lower body image, as well as criticism from their partners regarding their bodies. Another study found increased body monitoring among women who consume pornography compared to those who did not.

In a related vein, body image self-consciousness is defined as one’s awareness of their bodily appearance during physical intimacy with a partner and concern over their body being unattractive or appearing fat. Here the results are somewhat mixed. In a Canadian study women experience more frequent cognitive distractions concerning their bodies during sexual activity than men, and both women and men who viewed pornography were more likely to experience body-related concerns during sex.

Evidence strengthening a link between women’s negative body image and pornography comes from research exploring eating disorders among women. A study by Tylka and Calogero  found that perceived current partner pornography use was “uniquely associated with women’s overall dieting and specific symptoms of body fat preoccupation, extreme eating-related guilt, and vomiting after eating.”

Research on both women and men who view pornography has found that increased pornography consumption is related to more depression and loneliness and less relational satisfaction and closeness.

A longitudinal study examining the relationship between pornography use and marriage found that the probability of divorce roughly doubled for married Americans who began viewing pornography during the course of the study. This relationship was true for both men and women. Women who quit pornography between the beginning and end of the study were significantly less likely get a divorce.

Additionally, research has found that women with higher rates of pornography consumption are more likely to experience thoughts about pornography during sex with a partner and rely on those thoughts to achieve and maintain arousal. For women pornography use is also linked with increased pressure to perform acts seen in pornographic films and less actual sex.

Finally, women with higher pornography use, whether visual or literary, have higher expectations for partner performance and appearance.

Cultural theorists believe that society communicates expectations for how men and women should behave. These expectations are often referred to as “gender schemas.” Gender schemas contribute to people’s perceptions of self and others, and potentially become the ‘‘lens’’ through which they view their social world. It’s likely that pornography contributes significantly to the creation of these schemas given its role as a “primary agent of sexual socialization” due to its high degree of accessibility among youth.

As noted above, exposure to sexually explicit videos online, but not other sexualized depictions, was significantly related to the belief that women are sex objects among both adolescent boys and girls. A longitudinal analysis has found that girls with early exposure to pornography were more likely to hold less progressive gender role attitudes. An experimental study exploring the effect of pornography on sexist attitudes reported that women who used more pornography  endorsed attitudes associated with “benevolent sexism,” while among men more pornography use was linked with “hostile sexism” as well as less egalitarian attitudes toward women.

Further research has found that adult women and men who use pornography are more likely to endorse the belief that women engage in token resistance (e.g., “When girls say ‘No” they often mean ‘Yes”).

A meta-analysis of 22 studies from seven countries showed that among both women and men, exposure to sexually explicit material was significantly associated with increases in verbal and physical aggression. This association held true for use of both violent and nonviolent pornography but was stronger for violent pornography.

Additionally, a study using a sample of more than 2,000 college women and men found that women who regularly consume pornography reported higher amounts of sexual victimization than women who did not.

The effects of pornography use differ between men and women. Even so, pornography use for women is clearly a net negative. The risks to their mental and physical health, as well as the relational wellbeing are very concerning, especially when considering the scale at which women are consuming pornography today.

According to a 2020 survey by the British Board of Film Classification the majority of children are being exposed to pornography by age 13, with some exposed as young at seven or eight. Even brief exposure to explicit images or videos can have an enduring effect on the development of children’s sociosexual development.

Therefore, we strongly encourage parents of girls—and boys—to begin age-appropriate conversations with their children sooner rather than later. Check out these pages by Covenant Eyes and Defend Young Minds for helpful resources for parents of girls. We encourage women struggling with their pornography use to visit SheRecovery.com.

Founded in 1962, the National Center on Sexual Exploitation (NCOSE) is the leading national non-partisan organization exposing the links between all forms of sexual exploitation such as child sexual abuse, prostitution, sex trafficking and the public health harms of pornography.