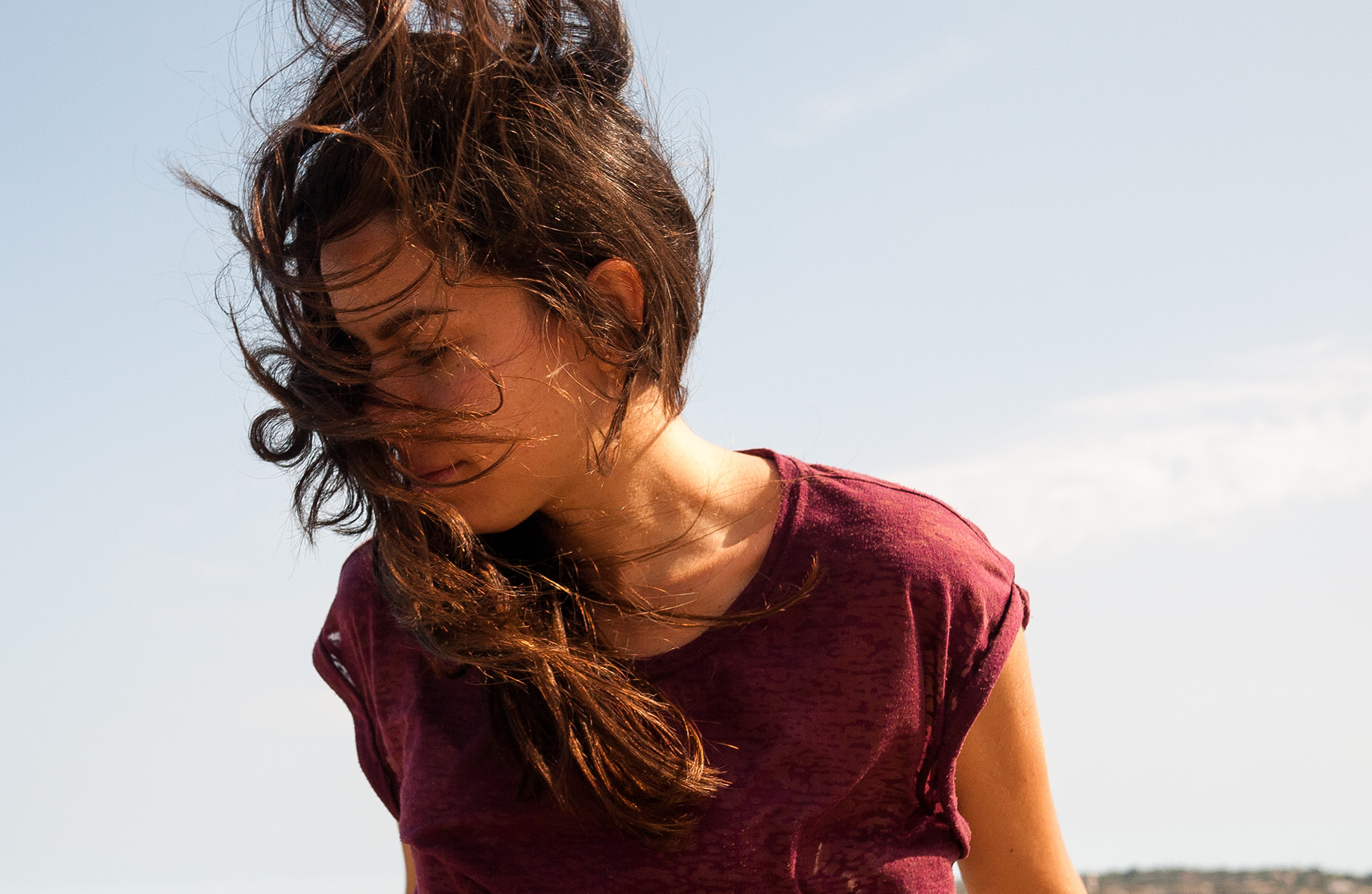 There is no doubt that many Christians were injured by the so-called Purity Culture movement, however well-intentioned it may have been.

Some were under the misimpression that if they stayed pure before their wedding, they were guaranteed to have a wonderful marriage, sexually satisfying as well. Some were made to be feel shamed and unclean, as if having a nice figure was sinful or as if being attractive was ungodly. Others struggled mightily to find just the right clothes that would be considered acceptable, only to find that they still fell short of the mark. The list goes on and on.

That’s why, whenever we teach on holiness, it’s essential that we also teach about the terrible dangers of legalism along with the wonderful power of grace. Otherwise, we will end up with laws without love, standards without a Savior, and rules without relationship. We will end up with a form of empty traditional religion which brings death, rather than intimacy with the Lord, which brings life.

It is therefore no surprise that youth pastor Bryce Brewer’s recent Facebook post has gone viral, a post where he apologized for “the ridiculous ultimatum to my female students at summer camp ‘ONE PIECE SWIMSUITS ONLY.’”

Specifically, he wrote (and with some humor intended):

– #2 I am sorry I laid the weight of purity on a girls swimsuit while she was swimming, and not on the boys responsibility to not be gross

– #5 I am sorry I ever let this be an item of discussion, usually lead by men, at any youth leader meeting … this must have been awful for my female leaders and students to be part of.

He did say, “I am still a fan of the ‘No Produce Rule’ – No buns, bananas, or breasts need to be seen.” Still, he asked, “But why are stomachs overtly sexual? Why is a little cleavage sinful? Why are women meant to feel they are responsible for men’s actual sin of lust?”

And he apologized for putting the onus of the responsibility on the girls while failing to teach the boys to be men, ending with this: “Female students – Wear a swimsuit that lets you have fun. Male students – stop being disgusting and control yourself. Youth pastors (male especially) – stop being chauvinist and making female students feel bad for having breasts. Christians – live like Jesus.”

The response to his post has been overwhelmingly positive, and the fact that it has about 100,000 Facebook shares proves that it hit a nerve. May we all learn and grow!

Should we not encourage women (and men) to be modest?

Is the onus entirely on the men, and do we simply tell them not to be “gross”?

Didn’t Jesus Himself warn in the strongest terms not to put a stumblingblock before anyone? (See Matthew 18)

Didn’t Paul urge believers to consider those in their midst who are weaker? (See Romans 14)

And what if a young person enjoys showing off his or her “buns, bananas, or breasts”? Who are we to tell them not to?

If we should tell young women to “wear a swimsuit that lets you have fun,” what if that means a thong bikini for them? Is that good and godly too?

Really now, if it’s wrong to have a one-piece bathing suit rule for the girls, why stop there? Why not allow thong bikinis?

And since topless bathing is very common in some parts of the world, why tell the girls they must cover their tops? To repeat the words of this pastor, “stop being chauvinist and making female students feel bad for having breasts.”

The truth be told, much of the rest of the Christian world would be completely shocked by this discussion, since in their cultures, the opposite sexes don’t even go swimming together. (That’s also very common in other deeply committed, religious circles, such as traditional Jews. They would never dream of mixed bathing in a million years.)

I have witnessed many hundreds of baptisms in India, where the men and women of all ages get into the water fully dressed. And I have watched some of them go swimming dressed like that as well. Bathing suits for Christians, let alone skimpy bathing suits? Mixed bathing, exposing most of their bodies? They couldn’t imagine it..

Really now, as followers of Jesus, we all draw the lines somewhere, don’t we?

We encourage some levels of modesty for our children.

We agree that some outfits are sensual and inappropriate, especially in gatherings with other believers.

We don’t go out in public in our underwear (which, the truth be told, is often more modest than some of the bathing suits some of us wear on the beach). That’s why the worship team doesn’t get on the platform wearing speedos and bikinis.

Why, then, does being on the beach or at a pool change everything? Why does modesty go out the window here?

As for Christian young men, most of them struggle mightily to keep themselves pure. They are in a hyper-sexualized culture where, everywhere they turn, there are seductive, sexual images calling for their attention, not to mention seductively dressed women and girls.

As for those seductive images and pictures, they are there at the grocery store at the checkout aisles. They are on the online ads on sports pages and news pages. And they are present in every imaginable (and unimaginable) form of pornography, just a click away. It’s not easy living a pure life today for either men or women.

So, rather than attacking young men as gross, how about asking some questions. Is it right that these same young Christian men, men who fast and pray and weep before the Lord because they feel miserable for their sexual thoughts and sins, have to guard their eyes at a church service? Should they have to look away from the attractive young Christian gal wearing a super-tight, low-cut T-shirt (celebrating that motto of, “What’s wrong with a little cleavage?”) and with jeans that look as though they were painted on their legs? She’s celebrating her freedom; they’re struggling to keep their minds on Jesus. Is that the gospel way?

Should we completely ignore the fact that males are wired differently than females – they are more drawn to physical appearance than women are – and that teenage boys, with their testosterone raging, have their own set of struggles? Is telling them just to control themselves, with no consideration for their unique temptations and trials, any better than making young girls feel guilty because they’re attractive? Aren’t we substituting one of set of damaging rules for another one?

To be perfectly candid, the idea of, “I’m going to do what I want to do and nobody is going to tell me what to do” is the spirit of the world, not the Spirit of God. It is actually antithetical to the Spirit of God, the one who instructs us to say “no” to the flesh (which includes our selfish desires) and “yes” to God.

Yet we act just like the world when we encourage each other’s fleshly behavior online, responding to pictures featuring seductive outfits or videos with sexual dances with comments like, “You go girl!” Or, “Be you!” Or, “That’s the way to kill that religious spirit!”

This is carnality, plain and simple, and Jesus would be the first to say it.

The fact is that we have been bought with a price and our lives are not our own, which is why Paul calls us to glorify God in our bodies (see 1 Corinthians 6:18-20). And the truth is that holiness is beautiful and purity is blessed and modesty is honorable. But all this must come from the inside out, from an encounter with God rather than from externally imposed rules, from loving Jesus rather than trying to make people happy.

So, to repeat, I understand why many Christians were hurt by the purity culture, some to the point of turning away from the faith completely. May the Lord restore them and make them whole!

But let’s not celebrate our “liberty” to dress and live and act however we want. That is not the liberty we have in Jesus. Instead, He sets us free from sin, not to sin.

And while we are careful to avoid the trap of legalism, let us not run into the arms of license. Both are as deadly as they are deceptive.

Instead, let us run into the arms of Jesus, giving Him our hearts and souls, our bodies and minds. And let us pray, “Lord, help me to live a life that brings you honor and joy and that brings great blessing to others.”

That’s what it means to be a true Christian.