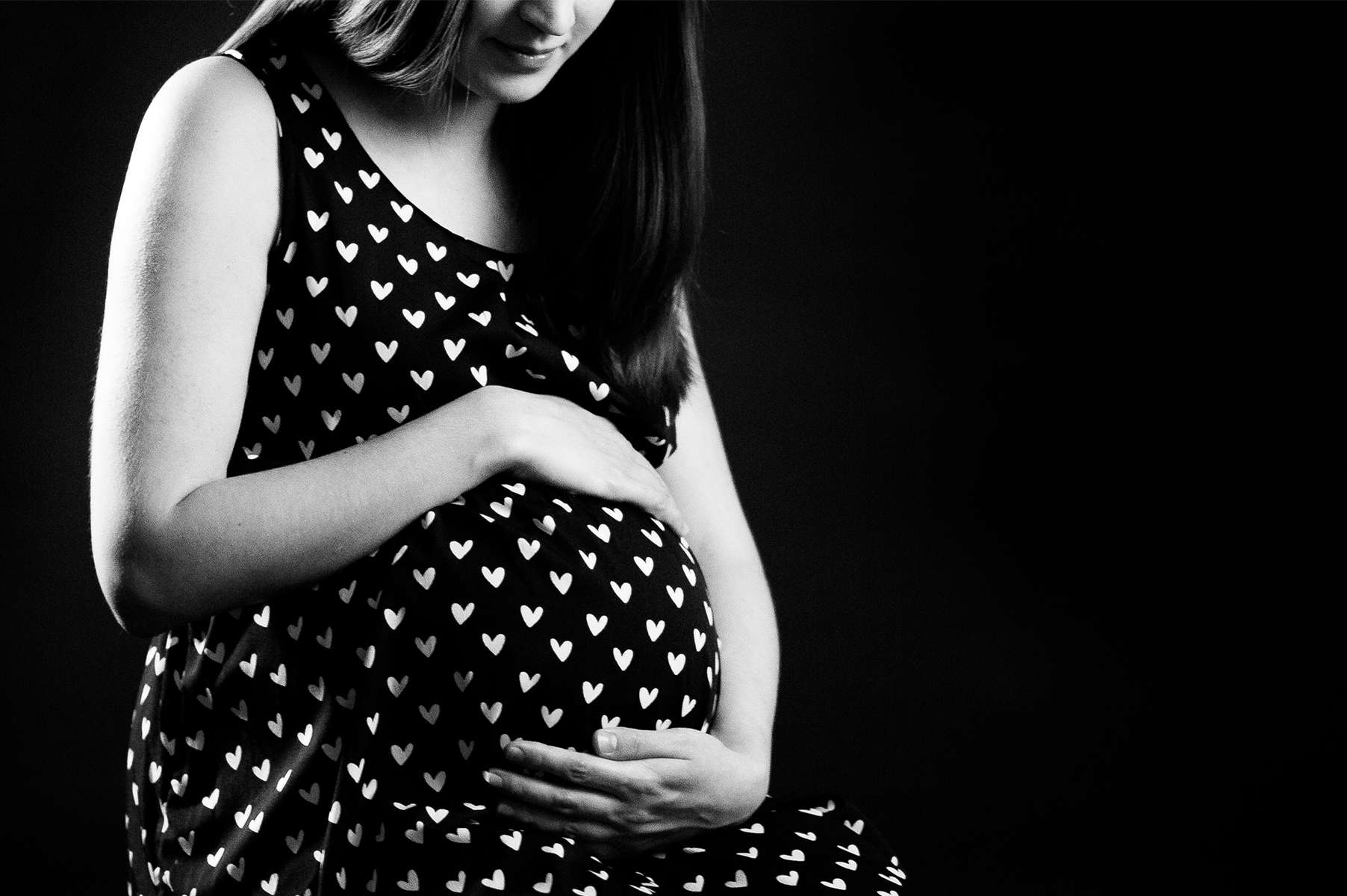 When hubby and I decided it was time to have a baby, I remember throwing out my contraceptive pills and looking forward to a positive pregnancy test. After that first time of unprotected sex I had a mini-freak out and realised what I had just done. I guess in my naivety I assumed it would happen straight away. My mum conceived on her honeymoon and almost every friend around me was knocked up instantly on their first attempt, so I thought why not? When I bought the pregnancy test I was surprised to find a negative result in the test window. Like most women, I expected to fall pregnant straight away.

A few months passed and I told myself not to worry or dwell on the fact that I wasn’t pregnant yet. We hadn’t told anyone and certainly weren’t planning to as we knew that would make the process a lot harder. Four months into trying, I missed my first period and could feel the excitement running through my veins when I realised for the first time I had finally conceived.

After proudly showing my doctor the positive pregnancy test, he sent me for a routine blood test which revealed, there was in fact no pregnancy at all. The doctor reassured me the test would probably be positive if I waited a few more days. At the end of the day, I reassured myself that my body was meant to do this. After a week of bleeding and horrendous pain the doctor casually told me that my body was naturally destroying a faulty pregnancy that never developed. I went home, opened my bible and after spending time with God, crying with my husband, I felt okay and realised this was just a minor bump in the journey.

Later that week I received news that one of my dear friends was losing her fight to cancer. After walking away from the hospital, my throat sore from constricting and my eyes sore from crying, I realised just how small my problems really were. A husband was losing his wife to cancer and I continued to dwell on my inability to fall pregnant.

Time seemed to lag on and I wondered why my body couldn’t do what it was supposed to as a woman. During the waiting there were countless trials. Women around me seemed to be falling pregnant so easily and some – accidently with guys they barely knew. My Facebook page became bombarded with mummies and pregnant friends who posted endless updates of their growing bellies and new babies. Deep down I so desperately wanted that too. Being a teacher added a whole other challenge when my students constantly asked me when I was having a baby – to which I would casually reply ‘One day guys. One day’ and quickly change the subject.

During my waiting I watched on as one of my morbidly obese students fell pregnant to her boyfriend. Here I was seemingly doing everything right – having a baby within the confounds of marriage, serving at church, treating my body right and none of it made sense to me. I understood the whole, patience and faith thing, but life seemed so cruel.

Later that year I missed my period again, but this time I waited at least a week to test. After much deliberation, I decided a faded line was a positive line and I once again, found myself sitting in the doctor’s office. When the routine blood test returned my heart sunk at the news that, once again, there was no pregnancy. Was I crazy?

After three weeks I returned to the doctor but still received a negative test. I felt so misunderstood. A month passed and I remember sitting in my bathroom thinking, I should retest myself. This time I bought a digital test which revealed that I was six weeks pregnant. I thought, well God it’s clear you’re placing me in this situation to trust you, despite the doctor’s judgment.

After much frustration and impatience, I asked the doctor for a retest which revealed nothing again. This time, he looked me in the eye and said very firmly, ‘you’re not pregnant but we’ll test for cysts or tumours.’ Other tests? I quickly got the message and left his office on the verge of tears. I had enough. I was fed up with the process and wanted to punch a wall. I shouted at God, cried all the way home. That same week, I began to bleed heavily. A few days later I passed a sack which confirmed for me what I had thought all along – I was pregnant.

I returned to the doctor to question why my body was excreting a foetus when there was no positive test. With a baffled look on his face, a quick study of his notes and a nervous cough, he responded that my test was in fact positive but indicated it had not developed. The Christian inside me resisted the urge to lash out at him. Instead I thanked him and left the clinic in a rage.

To say I was devastated is an understatement. Getting back to devotions and my daily routines became a real struggle. I felt abandoned by God and embarrassed by my lack of faith. What’s more, I felt like I had failed my husband. We fought. We cried. We realised we had unresolved issues in our marriage and needed to deal with them.

I discovered I was incredibly selfish and becoming obsessed. Something I swore I’d never be– at least that’s what I thought anyway. I knew women around me who’d struggled to fall pregnant but no one prepared me for all the disappointments along the way.

Deep down I sensed god was drawing me closer to him in the midst of the pain. When no one else knew what was going on, he was there comforting me and breaking down my walls of resistance. But I was still taking things into my own hands. I had gone against my husband’s advice and endured months of tests with a specialist. Nothing was wrong. I was eagerly searching for a label or condition to make myself feel at peace with the whole situation. At least then I could tell people what was wrong with me. Maybe then I could blame the condition for every little problem I had in my marriage.

It wasn’t until the last test returned normal that I finally let go and realised I just needed to relax and get on with life. There had to be more to life than wanting a child. I thought about my marriage, I thought about friends who had recently lost life partners – I thought about my world of influence as a Christian and it hit me hard. I was no longer living in faith. I had slipped in my devotions, partly out of anger, but worst of all I decided it was okay to have a pity party and isolate myself from friends.

God was slowly showing me the harm this was causing both to me and my husband. One scripture that particularly spoke to me was “Though the fig tree does not bud and though there are no grapes on the vines, though the olive crop fails and the fields produce no food, though there are no sheep in the pen and no cattle in the stalls, yet I will still rejoice in the Lord. I will be joyful in God my saviour.” (Habakuk 3:17 -18)

Habakuk lived in an Agrarian society, which meant that people were dependent on the land. Livestock and crops were essential towards survival. And yet, after suffering an intense trial Habakuk declared that he would still praise God, even if there was no possibility of survival for him and his family. That is a bold statement.

The question I was now faced with was clear – if God never granted me my desire to be a mum, would I still praise him? After all he had done for me I certainly didn’t have the right to decide when to worship him. He is more than our comforter and provider, he is the creator of the universe, our redeemer and saviour. He has given us a life that is far better than we could ever imagine. At the same time, he knows how to give good things to his children.

Right now I’m writing this as baby number two is sitting on my lap. I could say I did all the right things to finally fall pregnant. But I didn’t. Did I draw closer to God through this experience? Yes. Have I learnt some lessons about patience? Sure. Do I believe God healed me where necessary? Absolutely. But it doesn’t explain why others I know are still waiting for their miracle. Whilst I certainly struggled I know women who have been waiting more than five years to conceive and yet continue to have faith that God will provide a miracle.

So this is what I do know. Firstly, fertility and infertility have nothing to do with how ‘good’ we are as Christian women. We can’t earn God’s favour. His grace and goodness is offered freely to all regardless of our efforts.

Secondly, we need to be okay with sharing our struggles. I waited too long to talk to others, only to discover many other women struggling with the same issue.

Thirdly, we have a responsibility to take care of the temple (body) God has given us. This means addressing any health concerns and getting treatment where necessary, but knowing that God has the ability to heal where doctors cannot. In all situations we should strive to maintain a healthy diet and exercise regularly rather than just relying on our God-given ability to conceive. If you can’t do it for yourself, do it for your husband who deserves a healthier you.

Always remember that he knows your deepest hurts, fears and worries. He will not put you through what you cannot handle. This is the promise he has given me and for all of us: “Those who sow in tears shall reap with joy! He who goes out weeping, bearing the seed for sowing, shall come home with shouts of joy, bringing his sheaves with him.” (Psalm 126:5)

Kristy Do is a Secondary Teacher who is currently staying at home to look after her exotic half-Asian babies. In her spare time she drinks strong coffee and writes for pleasure.