When something’s not right in your marriage 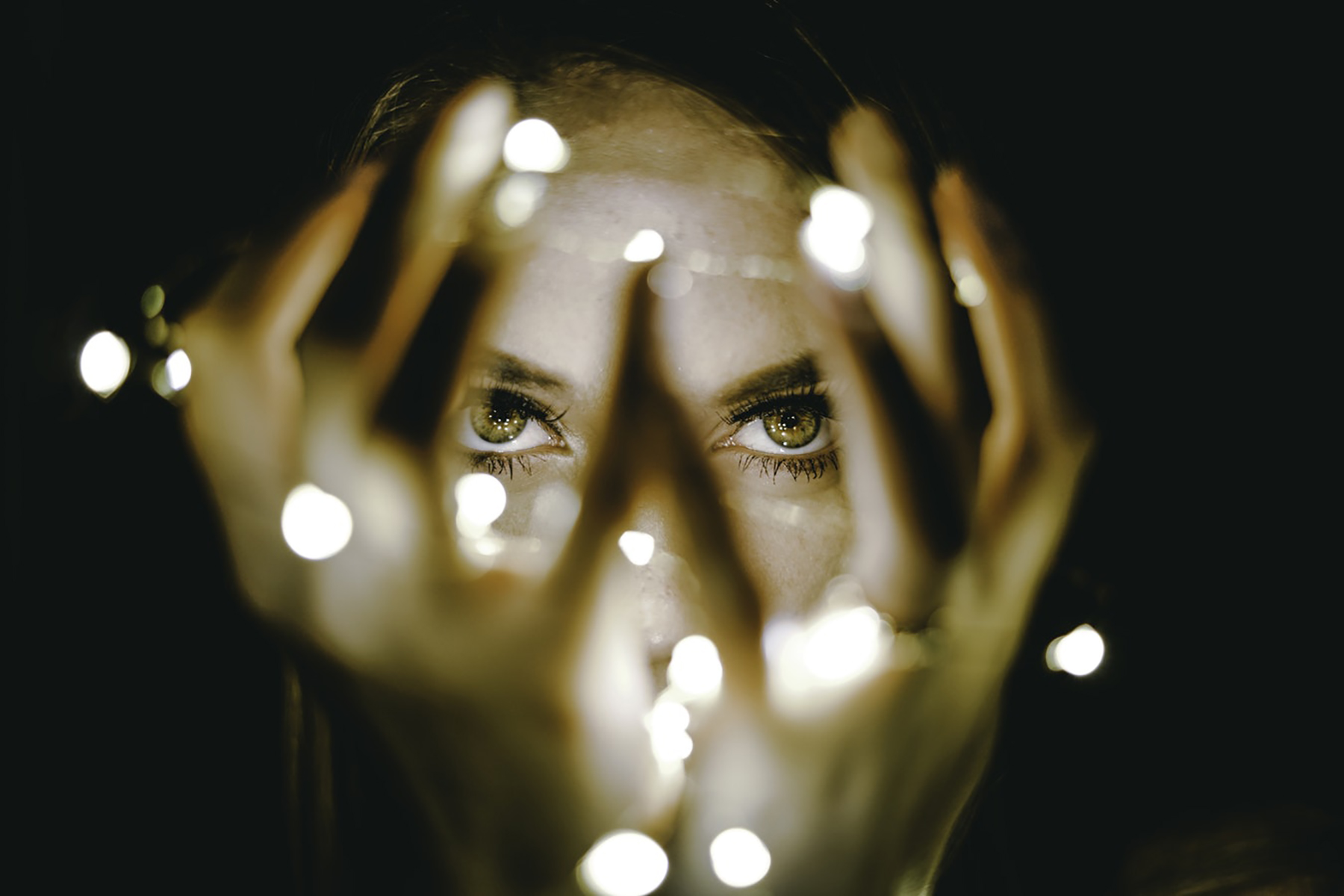 Many women feel that they’re husbands have become virtual recluses. In fact, here’s a common scenario that plays itself out night after night in many households.

The wife comes home after a long and stressful day and what she wants to do, is to share her day with her husband. This makes enormous sense to her, because as she shares those things with him (things that to him often seem like irrelevant minutia in far too much detail) … the stress of her day begins to evaporate.

By the end of the conversation, she’s feeling much happier about herself, her relationships and life in general. It was just the tonic she needed. And of course, by now – she’s waiting on him to do the same.

He’s just experienced the privilege of sharing in her deepest thoughts and emotions and needs – something she wouldn’t do with anyone else. And now it’s time for him to share the detail of his day with her. It makes absolute sense … to her.

But by now he’s retreated into his shell … yet again. Because for years he’s tried to help her with her problems. “Man – she goes on with the same things every day. She needs to get over some of this stuff.” So he’d come up with this suggestion or that idea. A solution for a conflict at the office – or another way of looking at things.

But every time he did that, he’d get his head bitten off, because (whilst it never really made sense to him) she didn’t want him to solve any of the problems. She just wanted him to listen to her, to understand and to empathise. That’s all she ever needed.

So, after years of conflict, he’s learned to tune out (much to her disappointment and pain – “I just can’t talk to you about anything anymore!”) and go into his nightly relaxation zone in front of the TV.

“So darling – how was your day?” she finally asks him, in a vain attempt to get the conversation rolling.

“Humph. Alright I guess. Had a couple of meetings. Fred played up a bit – difficult character. And that Cheryl woman …anyhow it’s all under control now,” he muses as he’s channel surfing with the remote control.

“That’s it? That’s all that happened?”

“Pretty much,” as he settles down to a re-run of M*A*S*H that he’s seen at least twenty-seven times before.

Now she’s learned something too. For years she badgered him. “You just don’t listen …tell me more about your day. What happened at the meeting? Why was Fred being difficult? How did you feel about that? Is it really resolved? And who’s Cheryl – you’ve never mentioned her before today?!”

But he’s not interested. Because the way he deals with stress is to take his mind off the causes by watching the news, or the M*A*S*H rerun or something else. The last thing he wants to do is to regurgitate his day blow by blow, because all that will do is bring back the things that cause him stress.

No! What he instinctively knows about himself is that after just half hour in front of the TV, he’ll feel much better. Left to himself, he’s ready to communicate naturally, after the stress of the day has evaporated for him too.

But the more she badgers him, the more he closes down and retreats, and the less he talks and the further they drift apart and the worse she feels.

Is There Something She Can Do?

Question is – if you’re a wife with this problem – what can you do about it? Is there a solution?

Well, that’s precisely why I sat down and wrote this article; to help any wife who is struggling with this problem in her marriage. That’s not to say that men don’t have to learn something about communication as well. Clearly we do. But this article’s here specifically for wives this time – with some insights and solutions that are going to help you unlock your husband’s emotions again and get him communicating.

And here’s my iron-clad guarantee. If you manage to get your husband to read this article, and he doesn’t cry out – “YES!! That’s it, that’s exactly it!” then I’ll take off my shoe and eat it. (Not really, but it sounds pretty impressive!)

The point is, the solution is very straightforward. It may take a little time, a little patience and a little faith – but the solution is within your grasp. And as a typical, straight-out-of-central-casting male, let me share it with you.

It comes in two parts.

The first part is removing one of the key causes of the problem. If you’re a wife, then my suggestion to you is that you read this next paragraph, re-read it, let it sink in and never forget it:

And the reason for that is actually in the Bible. It’s because …

A quarrelsome wife is like a constant dripping on a rainy day (Proverbs 27:15)

Thank you Solomon; spoken like a true male. In fact, the Hebrew word translated here in the NIV as quarrelsome means to be contentious, nagging and brawling.

In other words, to her husband, the wife’s nagging is like water torture – drip, drip, drip. And before long it drives him absolutely crazy – to the point where he just can’t take it anymore. And, being a man, the way you deal with that (after discovering that your own angry outbursts don’t work either) is that you switch off – because you’re a man and you can.

So the more she nags, the tighter his emotions roll up into a ball. It’s that simple!

So, not only does nagging not work, but it actually makes things much, much worse! A nagging wife will cause her husband to withdraw and to become distant and aloof – even when she’s right! The rights and wrongs of the argument are completely irrelevant. It’s about protection.

By and large, this is the only way he knows how to deal with his stress. The reason he switches off from work, is to alleviate the impact of the stress. And if his wife’s nagging is causing him stress (which it undoubtedly is) he’ll switch of from her too for exactly the same reason. To protect himself.

Something that does Work

The second part of the solution is replacing the thing that didn’t work, with something that does work. And surprising as it may be to some, this too can be found in the Bible.

It may on the surface, not appear particularly politically correct; it may not feel right or fair to you, if you’re a wife whose heart has been bruised by an uncommunicative husband; it may take courage to accept … but it does work:

Wives, in the same way be submissive to your husbands so that, if any of them do not believe the word, they may be won over without words by the behavior of their wives, when they see the purity and reverence of your lives.

Your beauty should not come from outward adornment, such as braided hair and the wearing of gold jewelry and fine clothes. Instead, it should be that of your inner self, the unfading beauty of a gentle and quiet spirit, which is of great worth in God’s sight. (1 Peter 3:1-4)

Again according to Peter, step 1 is to stop nagging him. The best way to win him over is without words. And whilst nagging makes him roll up into a tight little ball, when the nagging stops, he has no reason to protect himself anymore and so his emotions will start to open up again, as certainly as night follows day.

Deep down, he wants to be close to his wife; in most cases – desperately so! And when he doesn’t have to protect himself from stress anymore, he’ll become accessible to her again. It might take a week or two or three of no nagging, but if you’re a wife, you might be surprised at how quickly he can bounce back.

And step 2, wives, is to win him over with your inner beauty. Now as a man and for the record, I do not recommend that you use Peter’s words here as an excuse to let yourself go. But what Peter is saying, is that not only is a gentle and quiet spirit of great worth in God’s sight, but also in your husband’s sight.

I mean that in every sense of a woman’s beauty – emotional and physical. It’s a power that God put there by design. It’s a power for good – that’s part of the chemistry that binds husband and wife together – so that the two become one.

Let me say it again, most women completely underestimate the magnetic quality of their inner beauty to their husbands. And this beauty is ever at your disposal wives (once the nagging’s stopped and his emotions are opening up again) as a strategic weapon in your armory to bring about godly healing in your marriage.

You have something that works!

Wives if you doubt me about the power of your beauty to open your husband’s heart – then shove this article under his nose and ask him to tell you whether or not I’m right! His answer is likely to sweep you off your feet!

When you stop contending with him and nagging him, and instead start to lavish your beauty on him, my hunch is that you’ll be amazed at how quickly things start to turn around. Because now, instead of having to protect himself, he can do what he really wants to do, what he was made to do, which is to draw close to you.

All of a sudden, he’ll be open and be ready to understand your needs and even … to share a little more of his day with you.