Why We are all Losers in the Breonna Taylor Tragedy 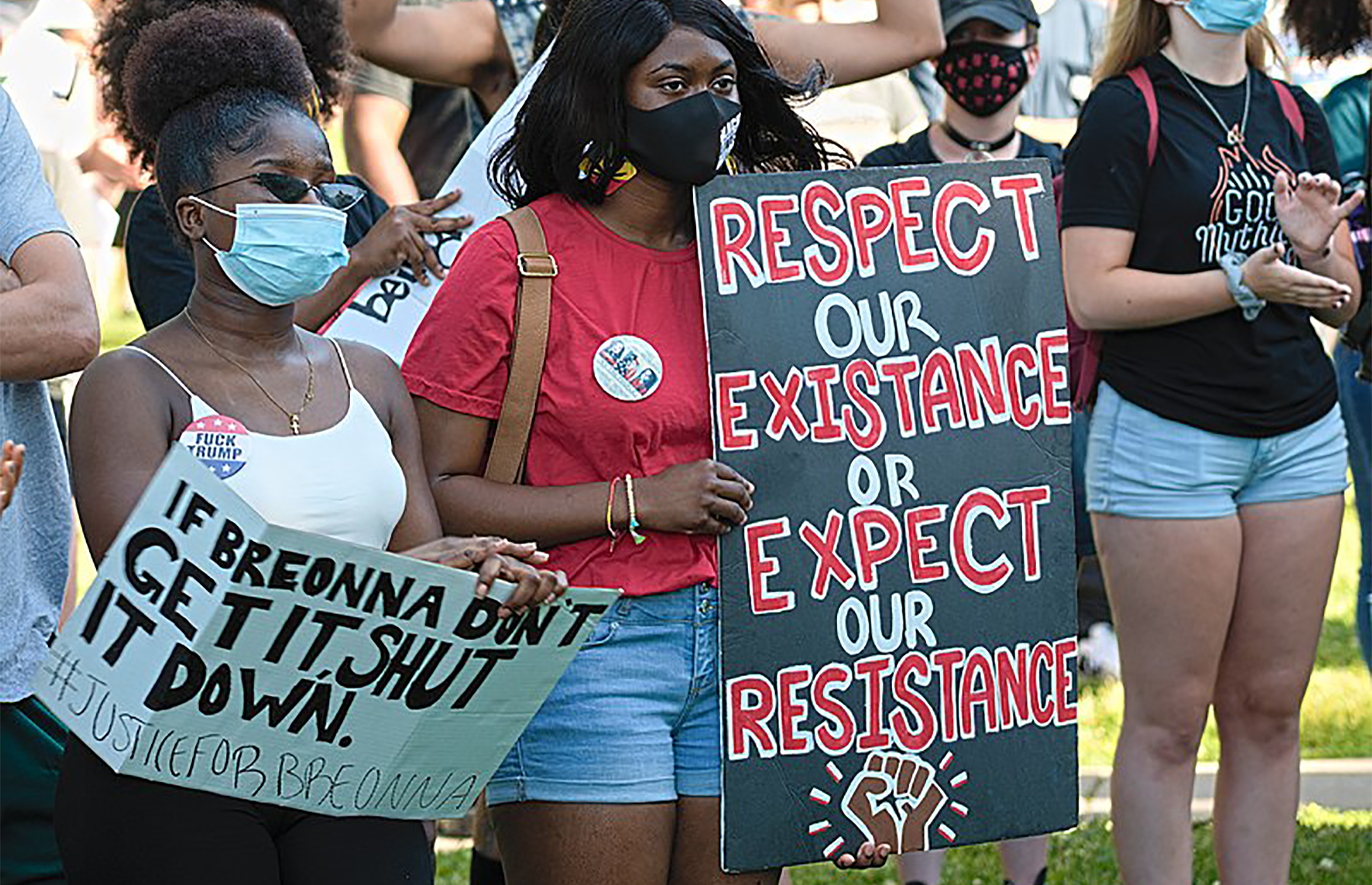 If there’s one thing we can agree on, it is that Breonna Taylor’s death is a terrible tragedy. No one with a working heart and functioning brain will deny that. But who is to blame for her death? Were the police at fault? Was her boyfriend at fault? Is the legal system at fault? And how should the public respond to the verdict of the grand jury?

Reading the various accounts of the shooting, this seems to be the most reliable narrative.

1) Three Louisville, Kentucky policemen were issued a warrant to search an apartment for drugs in the middle of the night.

2) They knocked at the door of Breonna Taylor’s apartment around 12:40 AM.

3) Kenneth Walker, Breonna’s boyfriend, says he heard the knock, asked loudly who was there  (as did Taylor), but got no response.

4) The police claim to have identified themselves, but eithr way, we know they knocked on the door and, when they heard no response, they broke in using a battering ram.

5) As the police broke in, Walker fired once, as Taylor stood next to him. (According to her attorneys, she was shot in the hallway, not asleep in bed.)

6) Walker’s shot hit one of the officers. The others responded with a hail of bullets, resulting in Taylor’s death, with the fatal bullet allegedly killing her within two minutes.

7) Since charges against Walker for attempted murder of a police officer were dropped, we believe his report that he was not aware they were police.

8) The grand jury found none of the officers guilty in the shooting of Taylor but did find one officer (whose bullet did not kill her) guilty of shooting recklessly into neighboring apartments. This officer was subsequently fired.

9) Prior to the grand jury’s announcement on Wednesday, the city granted Taylor’s family 12 million dollars for her wrongful death.

How, then, do we sort out this painful, deadly story?

First, Breonna Taylor should not be dead. Let us not forget that for one moment. This has been acknowledged by the city’s wrongful death settlement.

As reported by ABC News, Mayor Greg Fischer “said that in addition to the monetary settlement, the largest in a police use-of-force case in Louisville history, the city will implement a series of police department reforms ‘to prevent a tragedy like this from ever happening again.’”

Second, although the warrant was legally executed, critics have claimed that other factors were involved, including a move towards the gentrification of the neighborhood. According to Appeal.com, “Whatever the truth in this case, academic research and historical scholarship show that policing can be particularly intense during the process of gentrification. This research suggests that the continued use of police to pursue economic development will most likely result in more needless stops, arrests, and deaths like Breonna Taylor’s.”

This, then, is another question to be sorted out by others with detailed and factual knowledge. But it is understandable that many in the Black community will question the legitimacy of the warrant in the first place.

Third, when it comes to Kenneth Walker, what would you expect him to do? He hears a knock at the door in the middle of the night. He has no idea who is there. The next thing he knows, the door has been broken down and armed men burst in. He shoots at them to protect himself and his girlfriend.

Again, the fact that all charges against him were dropped indicates that his account was believed: he did not know he was shooting at police officers executing a search warrant. Should he be faulted? No.

Fourth, when it comes to the police, what would you expect them to do? They are looking for drugs and might encounter an armed drug dealer. They knock on the door, no one answers, so they break in, as per their warrant. The next thing they know, a shot is fired and one of them is hit. They respond with deadly force – and again, this is taking place in the middle of the night.

Should they be faulted? Obviously, some fault was found by the grand jury, but not in the killing of Taylor. She was an innocent victim in a case of mistaken identity on both sides, and there is no indication that the police were targeting an unarmed black woman.

As for the police, what else are they trained to do when shot at and wounded? Of course they shot back multiple times.

Fifth, when it comes to the grand jury, based on the evidence they had, they had no reason to charge the officers in Taylor’s death. Again, she was the innocent victim caught in a deadly crossfire between mistaken combatants.

Sixth, when it comes to the Black community, it is totally understandable that many would say, “Here we go again! An unarmed Black person is killed in the middle of the night in the privacy of her own home, a woman with no criminal record. The system has failed us once more.”

All this being said, violent riots, including shooting of police, are both unjustified and unproductive, even if some of the rage is understandable.

Yet, before the grand jury’s decision was announced, there was little question that no one would be satisfied with the outcome. Whatever the verdict, there would be fierce criticism from one side or the other. That’s why the city braced itself in advance.

Unfortunately, nothing can bring back Breonna Taylor, and the monetary payment to the family is a small consolation for her loss.

But that doesn’t mean there are no flaws in the system and that no deeper questions should be asked.

We all agree that drugs and drug dealing are a terrible bane on our society, resulting in countless casualties every year. That means that routing out drug dealers is both necessary and good. And police officers put their own lives at risk in the process.

But is there a way to do this that will not put other, innocent lives at risk? Are there police reforms that can be implemented, as per the mayor?

Those are the questions we should be asking. Burning down another city or targeting police officers for death or engaging in angry, hate-filled rhetoric are evil themselves and will solve nothing.

So, what will it be? Will we continue to collapse into social anarchy? Or will we work together across racial and political lines to build a more perfect union?