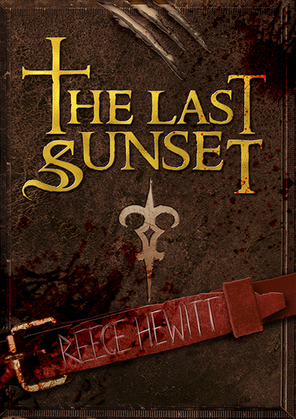 It is hard, even for the strongest of Christians, to comprehend that, even when we are simply “sitting on the couch”, there is a battle raging for our souls. Our fight is a spiritual one, and we are all engaged in it, whether we like it or not.

The Last Sunset and its sequel, The Last Sunset Afterlife, are both entertaining stories written by talented New Zealand author Reece Hewitt that take the reader on the journey of a young man caught in the end times of our world.

In this two-part series, Zack and his friends must fight for their lives against a truly evil enemy as the armies of hell are unleashed upon the globe and civilization as we know it is shattered. Faith becomes the only thing that can keep them alive. The elderly Bishop Kephas is one of the few surviving members of an ancient Holy Order dedicated to ensuring the survival of humankind. He must find a way to keep his flock safe from all those determined on their destruction. This action-packed tale of survival reveals if prayer and blade can defeat tooth and claw.

Author Reece Hewitt told me he was inspired to write the series as a way of showing the spiritual realm in a physical and tangible way. “I have found it hard sometimes when God, faith and prayer are all things that cannot be seen or touched,” Reece said.

“The Bible can be difficult to understand, and the book of Revelation is mysterious to say the least. So, I decided to craft a story, which combines my interest of end-times and studies. In this way I hope to have made something that the reader could relate to.

“Despite being surrounded in the physical world, I think it is important to remember we are in this world but not of the world. Even when we are relaxing on the couch there is a battle raging for our souls.”

Many years after the initial idea for his novel, Reece moved to Auckland to study. After several jobs, he found himself with a long train ride each day that would enable him to finally have the time to write his story. On yet another long commute into work, he pulled his phone from his pocket and began tapping. Several months later – and several commutes on – he had drafted 80,000 words of his first novel.

While Christians understand the importance of both end times and Revelation in their faith, most struggle to comprehend it. Reece’s powerful books help the reader to understand the end times story in an action packed, palatable way. Reece has also included hand-picked scriptures throughout the story, which both the characters and readers can use across a range of situations.

In closing, Reece told me: “I hope that readers of this book pick up some lessons of faith as they follow the characters on their journey. If a single soul turns closer to God due to these books, then they have been worth writing.”